If you are looking for a budget pick from the batsmen, Ben Duckett should be a good pick.

The first Eliminator 1 of the Abu Dhabi T10 League 2021 season will be played between Qalandars and Team Abu Dhabi on 5th February, at the Sheikh Zayed Stadium in Abu Dhabi.

This match will start at 07:45 PM IST (06:15 PM local time). It will be live on Sony Sports Network and live streaming is available on Sony LIV.

Qalandars were leading the standings for a long while, until the Delhi Bulls handed them a morale-drenching defeat. Not only has that defeat cost them the pole position, but it also has brought them down to the third place, which subsequently implies, they will have to win 2 games to advance to the finals.

As for the Team Abi Dhabi, they have blown hot and cold in this competition. Their consistency has been nowhere near Qalandars’, but having said that, they will come into this game high on confidence, as they defeated Bangla Tigers in their last encounter.

The weather will continue to be a promising one for the second game of the day. The temperature will be around 23-24 Degree Celsius during the match time. The jhumidity will be around 90%.

The pitch at the Sheikh Zayed Stadium is getting slower day by day. Batting second hasn’t been that easy from the last couple of days. However, we still can expect a huge amount of runs in all three games today.

Sohail Akhtar has been a brilliant skipper and an even more impressive batsman. He has scored 214 runs at an impressive strike rate of nearly 200.

While Akhtar has been the best performer with the bat, Chris Jordan has been the most consistent bowler for the Qalandars. He has scalped 6 wickets and has an economy rate of under 9 runs per over.

For Team Abu Dhabi, Joe Clarke will be leading the batting department. He has scored 139 runs at a phenomenal strike rate of nearly 220.

Chris Gayle has been inconsistent, but on days he is in his groove, the giant West Indian becomes unstoppable. He has scored 105 runs at a strike rate of nearly 230.

Paul Stirling has also batted well for Team Abu Dhabi. He has scored 131 runs at a strike rate of over 200. If needed, Stirling can also bowl an over or even two.

Jamie Overton has not only been Team Abu Dhabi’s best bowler, but he arguably has been the best bowler of this competition. He has scalped 10 wickets and has an economy rate of under 13 runs per over.

Ahmed Daniyal can be a decent budget pick at 8.5 Cr. He has picked up 3 wickets, while his economy ate of under 10 runs per over. 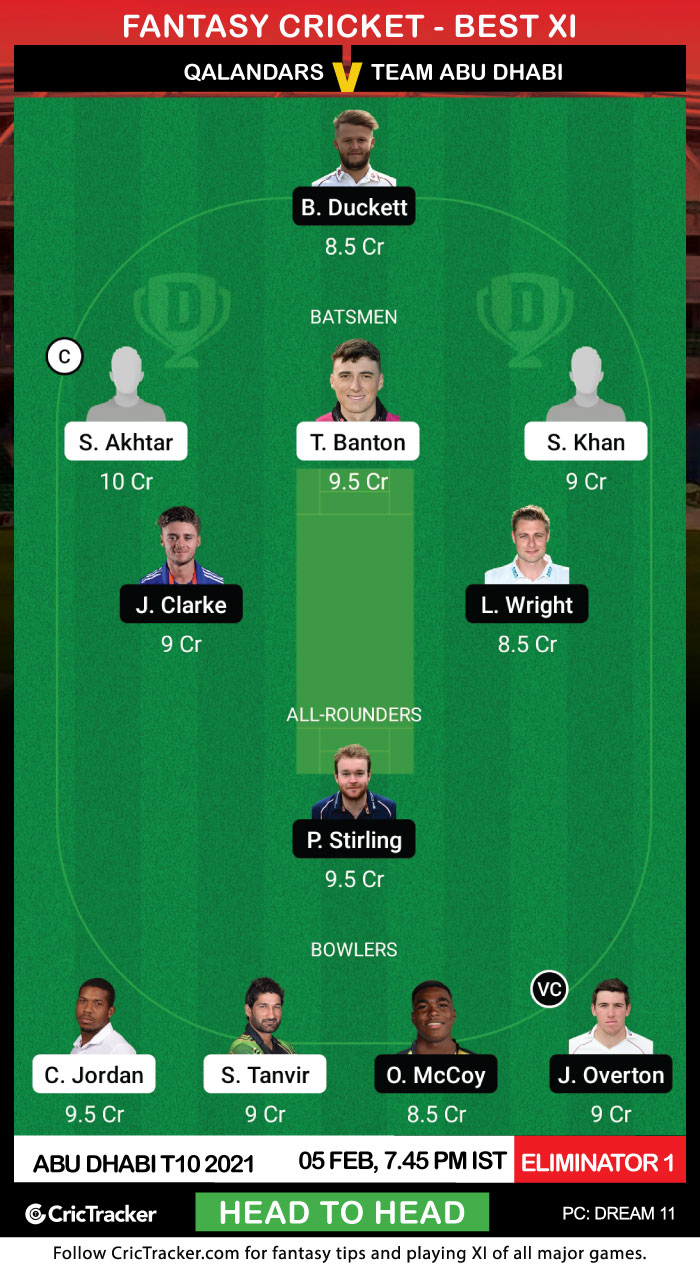 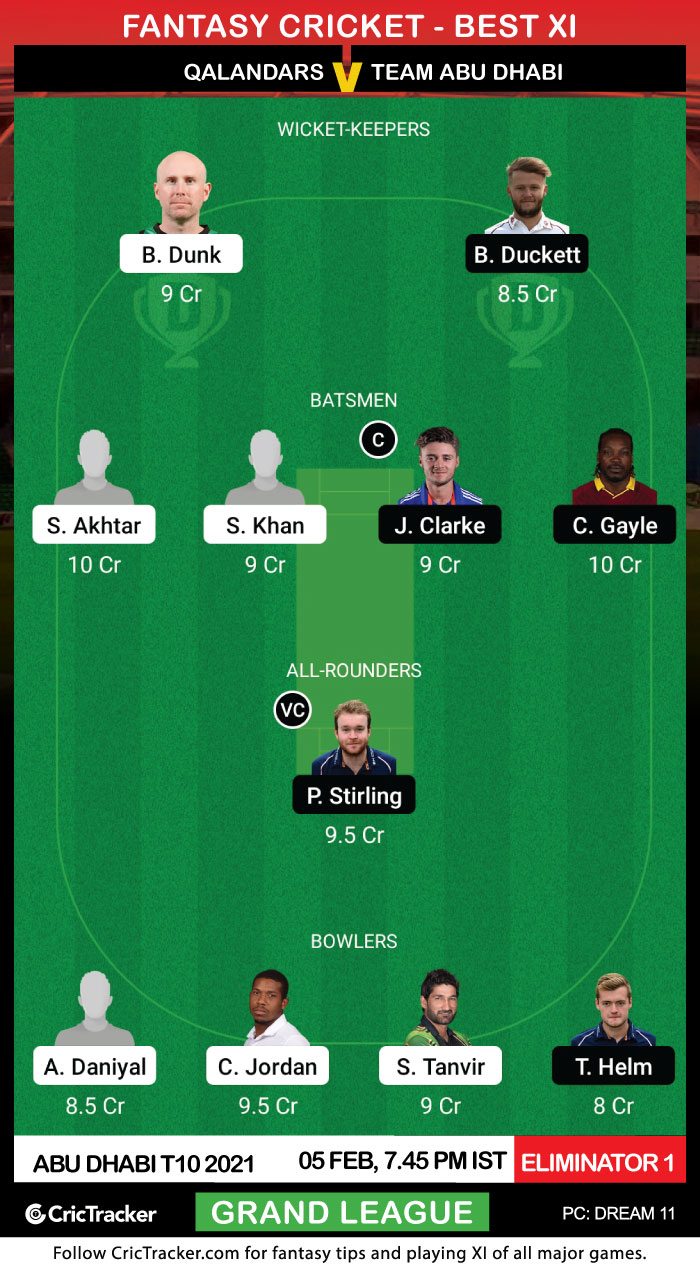 If you are looking for a budget pick from the batsmen, Ben Duckett should be a good pick. He has scored 73 runs and has a strike rate of over 160.