Yamin Ahmadzai is a very good pick for just 8.5 cr. He has earned 128 points in the tournament so far.

The 22nd match of the Abu Dhabi T10 League 2021 season will be played between Deccan Gladiators and Maratha Arabians on 4th February, at the Sheikh Zayed Stadium in Abu Dhabi.

This match will start at 05:30 PM IST (04:00 PM local time). It will be live on Sony Sports Network and live streaming is available on Sony LIV.

We are about to enter the last day of the Super League stage in Abu Dhabi T10 League 2021 season. Both Deccan Gladiators and the Maratha Arabians have registered just one win in five games. Deccan Gladiators has a bit of improved NRR but their story hasn’t been any different than the Arabians. The big names like Mohammad Shahzad and Kieron Pollard came out as the biggest disappointment for them.

They had a very poor season with the bat which resulted in the current situation of the Gladiators. However, there is an outside chance after winning the last game but can’t expect any team to lose with a big margin. On the other side, it has been nothing different for the Arabians. Except for Mohammad Hafeez, no one has been consistent throughout the tournament.

Zahoor Khan was also the only one fighting alone with the ball. However, it is almost over for the Arabians with only one win in five games, and would like to finish their 2021 campaign on a positive note with a win.

The weather forecast suggests another great evening for a cricket match. It will be sunny throughout the day with the temperature dropping to 23 Degree Celsius during the match time. There is no chance of rain as always.

The wicket has got nothing for the bowlers and it would be another run-fest coming up for the audience. Team batting second should be the priority after winning the toss as the deck doesn’t really change after the first half.

Mohamamd Hafeez has returned to Pakistan and will not be available for this game.

Azam Khan is back in form with 22-ball 54 in the last match against the Warriors. The Gladiators were chasing a mammoth total and Azam Khan nearly pulled it off.

Anwar Ali is a very good pick who can contribute with both bat and ball. He played a very crucial cameo at the end at an SR of 350. He also took a wicket with the ball in the first innings.

Zahoor Khan continued his wicket-taking form with the tally rising to 6 wickets in 5 games now. He will play a very crucial part with the ball once again.

Abdul Shakoor is also another name who can score big and quickly. He also has 118 runs in the 4 innings he played.

Yamin Ahmadzai and Mosaddek Hossain will continue to scalp regular wickets for the Arabians. It is advisable to pick both of them into your XI. 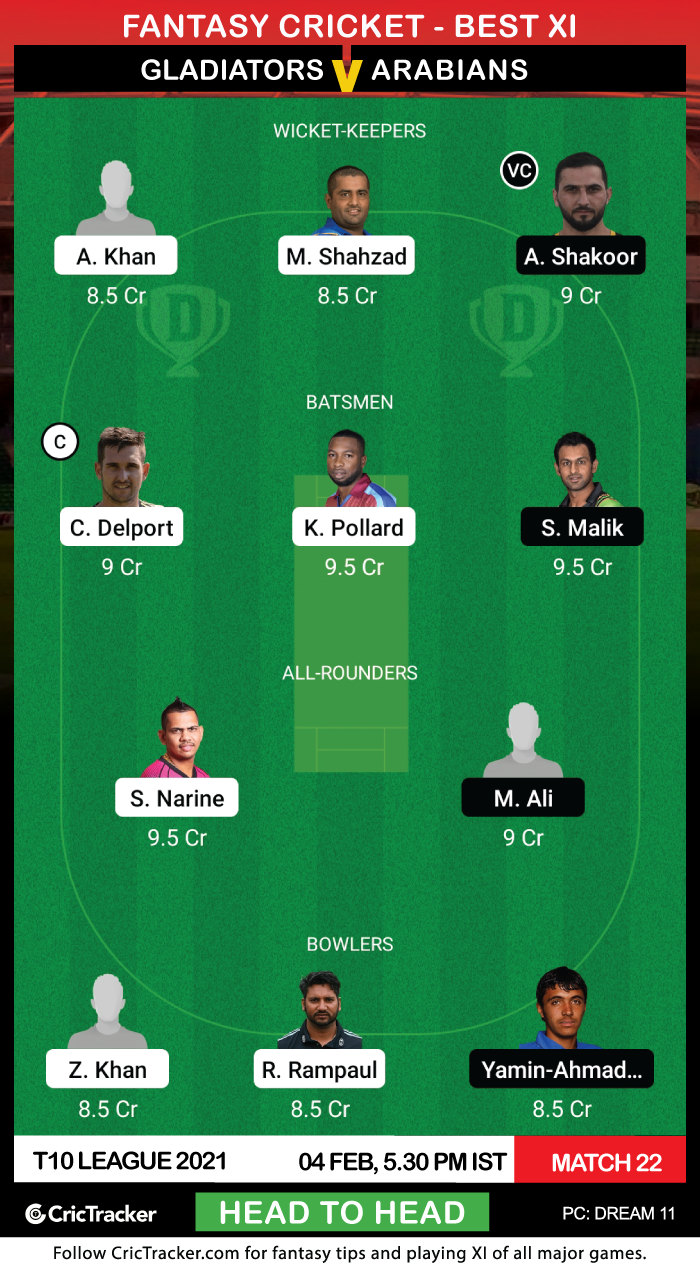 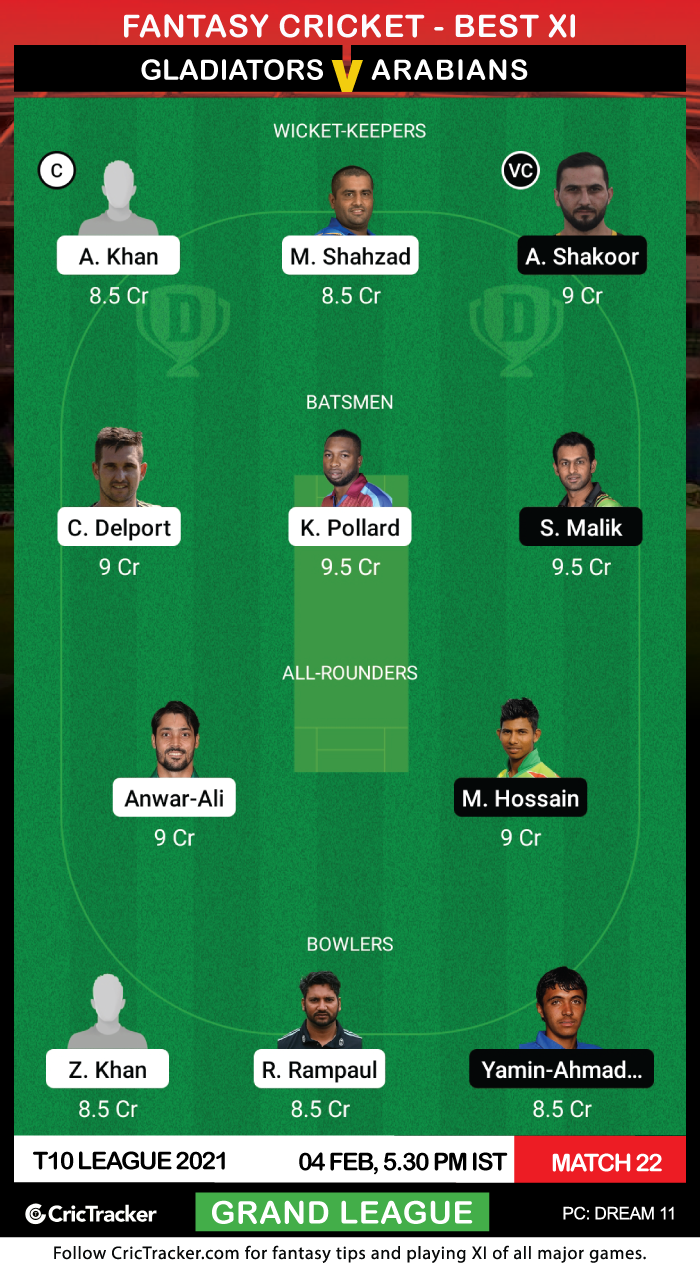 Yamin Ahmadzai is a very good pick for just 8.5 cr. He has earned 128 points in the tournament so far. It is advisable to pick him in your XI.