Obed McCoy can be a clever budget pick from the bowlers.

The 24th match of the Abu Dhabi T10 league will be played between Team Abu Dhabi and Bangla Tigers on 4th February at Sheikh Zayed Stadium in Abu Dhabi.

Team Abu Dhabi and Bangla Tigers will play the last encounter of the super league stage on Thursday. It will be a crucial match for both the sides as whoever wins will go through to the play-offs. In Abu Dhabi’s previous game, Universe Boss Chris Gayle’s storm helped them to register their second win of the tournament. Currently, they are placed at fourth spot in the super league standings with 4 points, and having a net run rate of 0.955.

On the other hand, Bangla Tigers lost their previous game against the table-toppers Qalandars, despite Tom Moores’ fighting knock of 39 from 21 balls. With 2 wins and 3 losses, currently, they are placed at the fifth spot in the super league standings. One of the openers must bat through the innings for them, as if they do so, they will have more chances of making it to the playoffs.

The sky will be clear here in Abu Dhabi, with a temperature of 21 degrees Celsius and the humidity level at 86 percent. There is no chance of precipitation for this match.

Though still a batting-friendly wicket, as the tournament progresses the average scores are coming down, which shows the wicket is slowing up a bit. The bowlers are coming up with better gameplans. Batting second will be a good option on this track.

After 4 consecutive failures, the Universe Boss Chris Gayle has finally found his form back. In his last game against Maratha Arabians, in just 22 balls he scored 84 runs including 4 fours and 9 sixes.

Joe Clarke is currently the leading run-scorer for Team Abu Dhabi. He has smashed 139 runs at an average of over 45 and a strike rate of over 220.

Jamie Overton is, on the other hand, leading the wicket-taking charts of Team Abu Dhabi. He has picked up 6 wickets and has an average of less than 20.

Tom Moores has been a consistent performer for the Bangla Tigers. He has scored 100 runs at a fantastic strike rate of over 225.

Captain Andre Fletcher is currently the leading run-scorer of Bangla Tigers. He has scored 148 runs at a strike rate of over 185.

Chirag Suri has also done a commendable job with the bat for the Tigers. He has scored 107 runs at a strike rate of over 210. 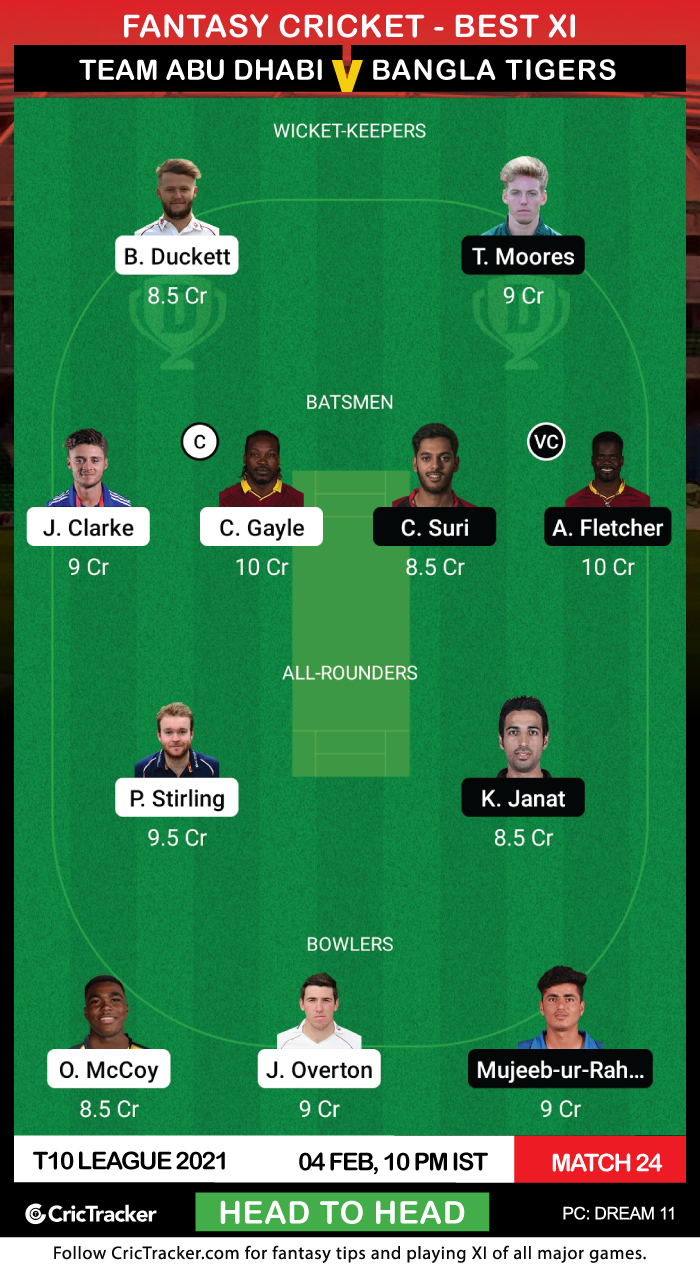 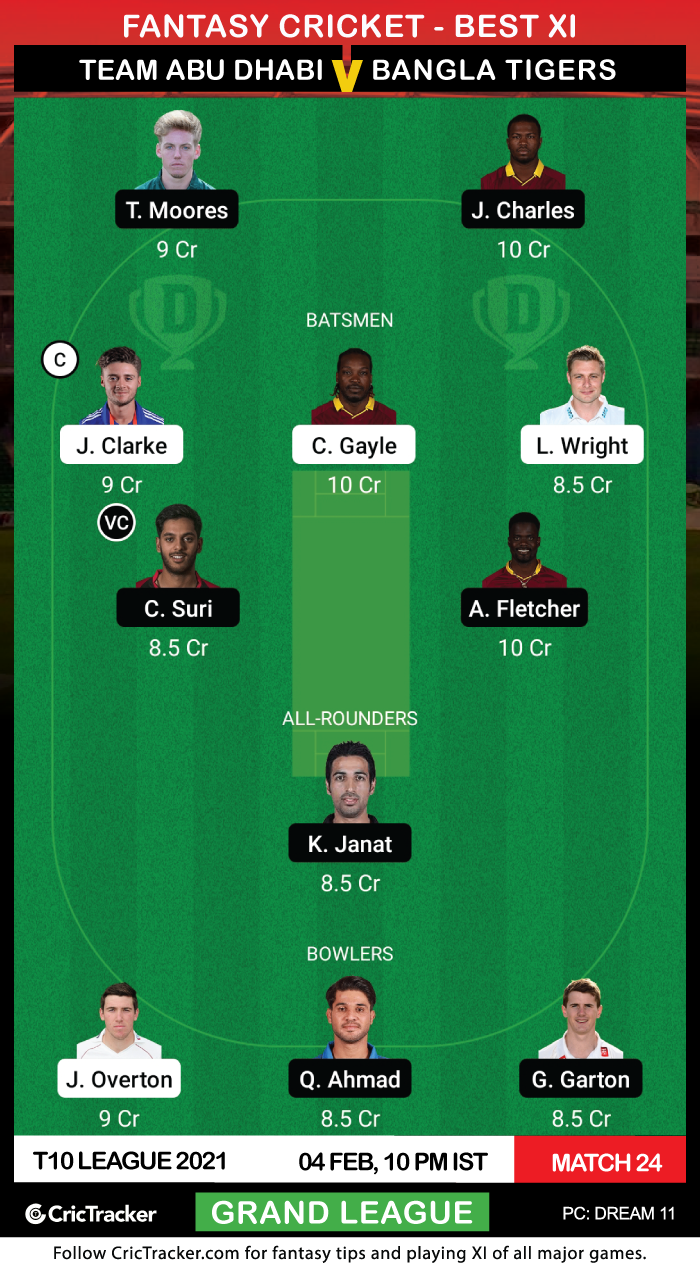 Obed McCoy can be a clever budget pick from the bowlers. He has scalped 4 wickets and has also maintained an impressive economy rate of under 9 runs per over.

Bangla Tigers are expected to win this match.