David Warner has scored 236 runs in the tournament at an average and strike rate of 47.20 and 148.42 respectively.

Australia and New Zealand are set to cross swords in the Final of the ongoing T20 World Cup 2021 on Sunday, November 14 at the Dubai International Cricket Stadium in Dubai. The Black Caps, led by Kane Williamson, started their campaign with a five-wicket loss at the hands of Pakistan in Sharjah.

However, the Kiwis must be high on confidence as they are on a five-match winning streak. In the semi-final, New Zealand beat England by five wickets. The Aussies, on the other hand, defeated Pakistan in the other semi-final after Matthew Wade smashed Shaheen Afridi for three sixes in a row.

The pitch in Dubai has got better for batting as the tournament has progressed. The track also seems to ease out in the second half. Therefore, the chasing teams have tasted a great amount of success in the World Cup. Batting second should remain the way forward.

David Warner has looked in ominous touch in the ongoing edition of the T20 World Cup. The southpaw has scored 236 runs from six games at an excellent average of 47.20 and a strike rate of 148.42. Having already scored two half-centuries, the veteran hasn’t flattered to deceive. In the previous match, he scored 49 runs before getting out to leg-spinner Shadab Khan.

Trent Boult has bowled brilliantly thus far in the World Cup. The left-arm pacer is currently the leading wicket-taker for New Zealand in the tournament, having picked up 11 wickets. His economy of 6.54 is also stupendous considering that he bowls majorly in the powerplay and at the death. If he finds his rhythm, the Aussie batters could be in for a lot of trouble. 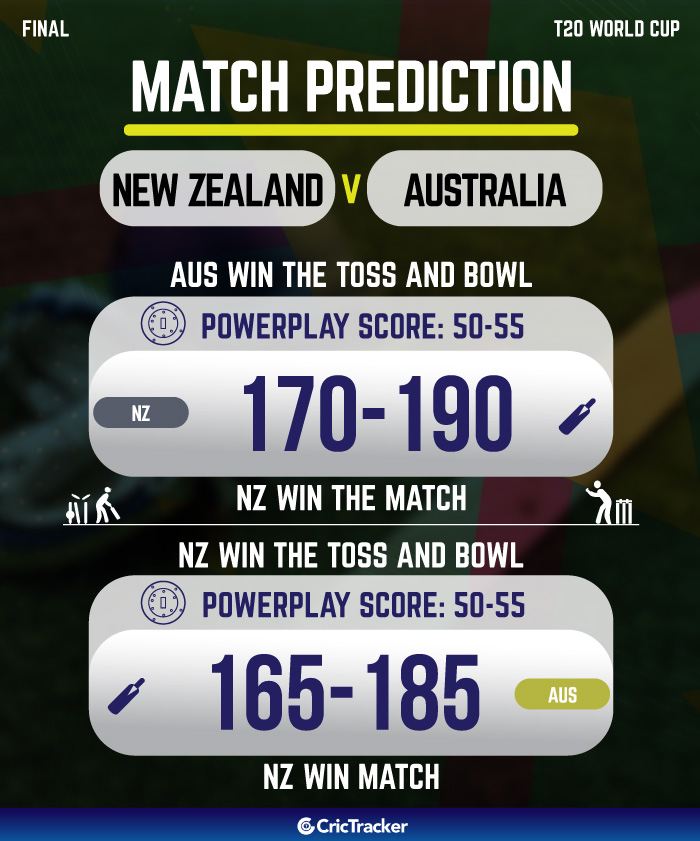