The Lankans have already qualified for the Super 12s of the mega event.

Sri Lanka and Netherlands are set to lock horns in Match No.12 of the T20 World Cup Qualifiers on Friday, October 22 at the Sharjah Cricket Stadium in Sharjah. The Lankans, captained by Dasun Shanaka, have been outstanding as they have won both their games and have a net run rate of 3.165.

After beating Namibia by seven wickets, they defeated Ireland by 70 runs on Wednesday. The Netherlands, on the other hand, have already been knocked out of the tournament. Following their losses to Namibia and Ireland, Pieter Seelaar and his men will be looking to salvage some pride.

The pitch in Sharjah has been a tough one for batting in recent times. In IPL 2021, batting against the old ball was a tough task for the batters. Hence, scoring runs in the powerplay will be crucial. Chasing should be the way forward for teams.

Kusal Perera has looked a tad out of form in the ongoing tournament. In the first two matches, the left-hander could only manage to score 11 runs. In the previous match against Ireland, Perera bagged a duck. But the talent he possesses can’t be ignored by any means. If he gets going, the Netherlands could well end up chasing leather.

Wanindu Hasaranga has been outstanding for the Lankans over the last two years or so. In the T20 World Cup, the leg-spinner has picked up three wickets from two matches. Moreover, his economy rate of 4.50 is also the best among the spinners for Lanka. Not to forget that Hasaranga is no mug with the bat and scored 71 runs against Ireland. 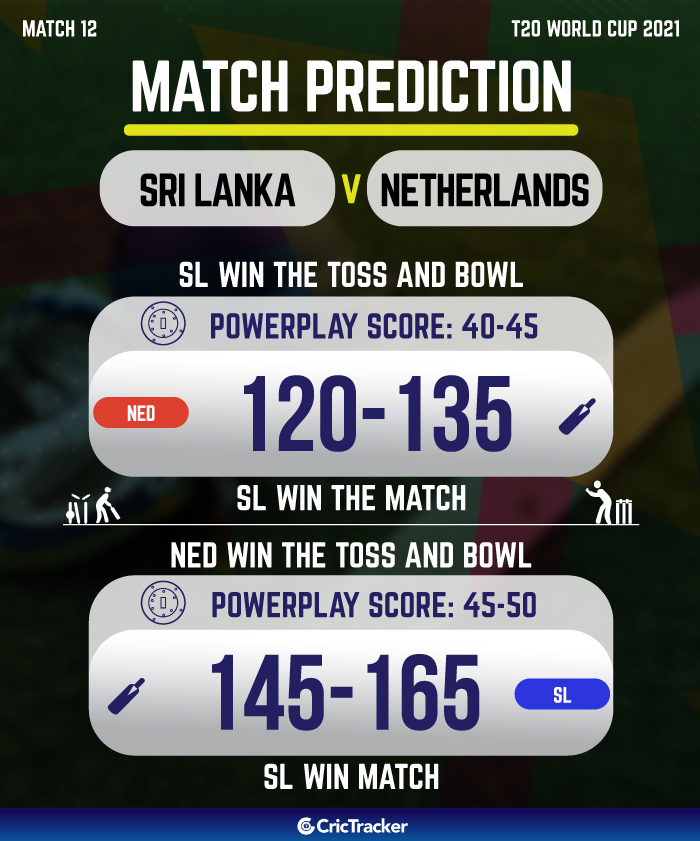