The Lankans are already out of the competition after losing three games on the trot.

West Indies and Sri Lanka are set to cross swords in Match No.35 of the ongoing T20 World Cup 2021 on Thursday, November 4 at the Sheikh Zayed Cricket Stadium in Abu Dhabi. The Caribbean team, led by Kieron Pollard, made a comeback against Bangladesh after back-to-back losses to start with.

Pollard’s men need to win both their remaining Super 12 games to have any chance of qualifying for the semis. The Lankans, on the other hand, have already been knocked out of the competition. After losses to South Africa, Australia and England, they will be looking to end their campaign on a high.

The pitch in Abu Dhabi has started to show signs of improvement in recent times, although the average scores remain on the lower side. The chasing teams have mostly dominated on the surface. Therefore, batting second should be the way forward.

Charith Asalanka has arguably been the standout batter for the Lankans in the ongoing World Cup. The left-hander started his campaign with an unbeaten 80-run knock against Bangladesh and followed it up with a handy 35 against the Aussies. Overall, the southpaw has scored 163 runs from five matches at an average of 40.75 and a strike rate of 140.51.

Wanindu Hasaranga has been the pick of the bowlers for Lanka in the T20 tournament. The leg-spinner has picked up 14 wickets from seven matches at an excellent economy rate of 5.26, the best among his teammates. Earlier, he also got a hat-trick against South Africa, albeit his efforts came in a losing cause. Hasaranga can also wield the willow to good effect. 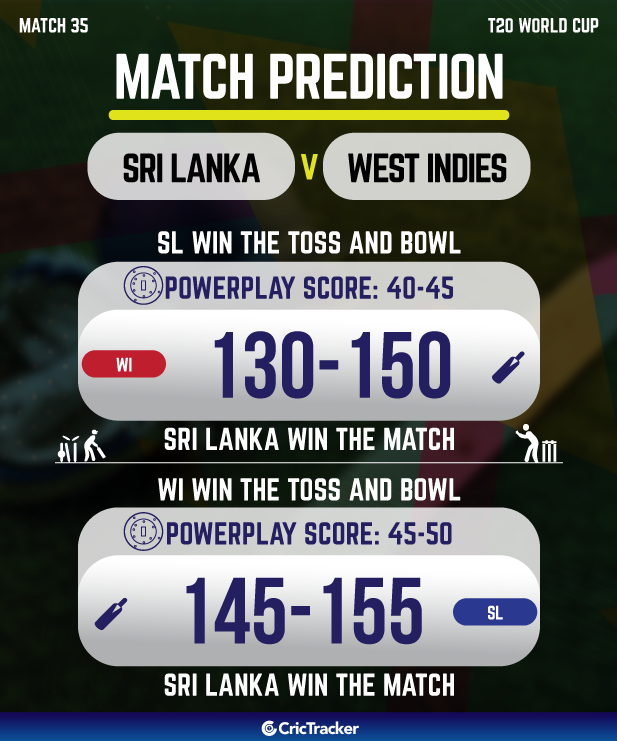