The Rockets are sitting on top of the points table.

London Spirit and Trent Rockets are set to cross swords in the 10th match of the Men’s Hundred on Thursday, July 29 at the Lord’s Cricket Ground in London. The Rockets have gotten off to a flying start in the tournament, winning all their two matches and have a stupendous net run rate of 1.915.

In their previous game, they beat the Northern Superchargers by two wickets. The Spirit, on the other hand, are yet to get their campaign going. After losing to the Birmingham Phoenix by three wickets, their second match against the Oval Invincibles was washed off due to persistent rain.

The pitch at the Lord’s has produced overly high-scoring matches over the years. But in men’s T20Is, it has favoured the team, batting second. Hence, chasing should remain the way forward for both teams. The playing conditions will mostly be cloudy with the temperature around 20 degrees Celsius. The humidity will be in the low-50s.

Dawid Malan has been a stalwart in the shorter formats in the English cricket circuit for quite a few years. In the Rockets’ opening game against the Southern Brave, the left-hander smashed an unbeaten 62 and guided his team to a nine-wicket win. In the previous game against the Northern Superchargers, he got a duck, but he is expected to make a comeback.

Marchant de Lange is a primary reason behind the Rockets’ dominating run thus far in the Hundred. The speedster is already the leading wicket-taker of the tournament with eight scalps from two matches. His economy rate of 7.41 isn’t the worst by any means. The pacer needs to carry his good form if the Rockets have to win their third match in succession. 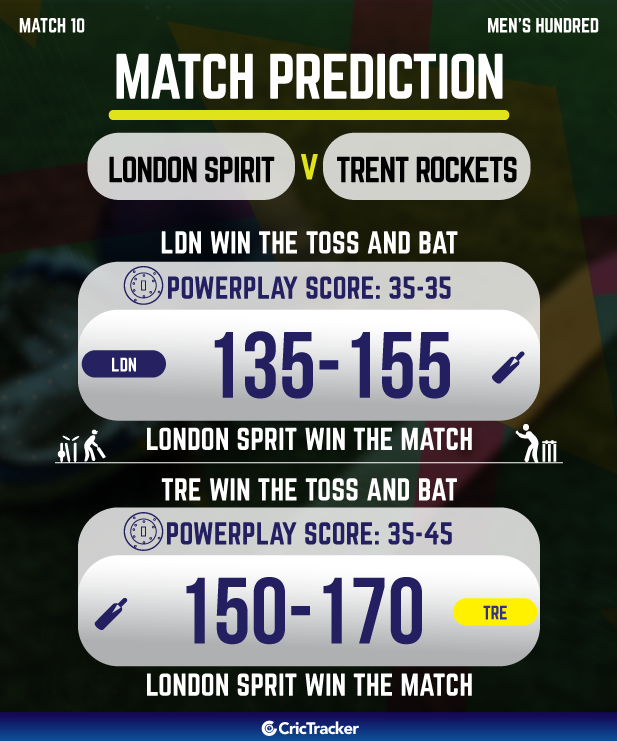