Jonny Bairstow and Jos Buttler won't be part of the game as they have departed for national duties.

Welsh Fire and Manchester Originals are set to cross swords in the 12th match of the Men’s edition of the Hundred on Saturday, July 31. The Fire are in decent form, having won both their matches.

However, Jonny Bairstow’s departure may not help their cause as he scored 128 runs in those two victories. As far as the Originals are concerned, they are sitting at third in the points table with one win from three matches.

Their previous game against the Northern Superchargers was washed off due to rain. Their batting will also be depleted as Jos Buttler has left for national duty along with Bairstow.

The pitch in Cardiff has been a good one for batting. Bowlers are likely to go under the cosh and won’t have much room for complacency. Batting second should be the way forward as the track isn’t expected to change in nature. There will be intermittent clouds throughout the duration of the game. The temperature will be around 19 degrees Celsius with the humidity in the 60s.

Avg first innings score: 165 (1 match in the Hundred in Cardiff)

A probable best batter of the match

Tom Banton came to the fore after he shined for Somerset in the 2019 edition of the T20 Blast. He blasted the opposition bowling at the top of the order. Thereafter, he became a hot property in T20 leagues around the world and even went on to bag an IPL contract. In the Hundred thus far, he has scored 38 runs with a top score of 34, and he is expected to come good next time around.

Qais Ahmed has been the primary reason behind the Fire’s decent run in the Hundred thus far. In his team’s first match, the leg-spinner from Afghanistan picked up four crucial wickets in the second innings. Moreover, he conceded only 13 runs in his quota of 20 balls. Though he didn’t get a wicket last time around, the tweaker is expected to make a comeback. 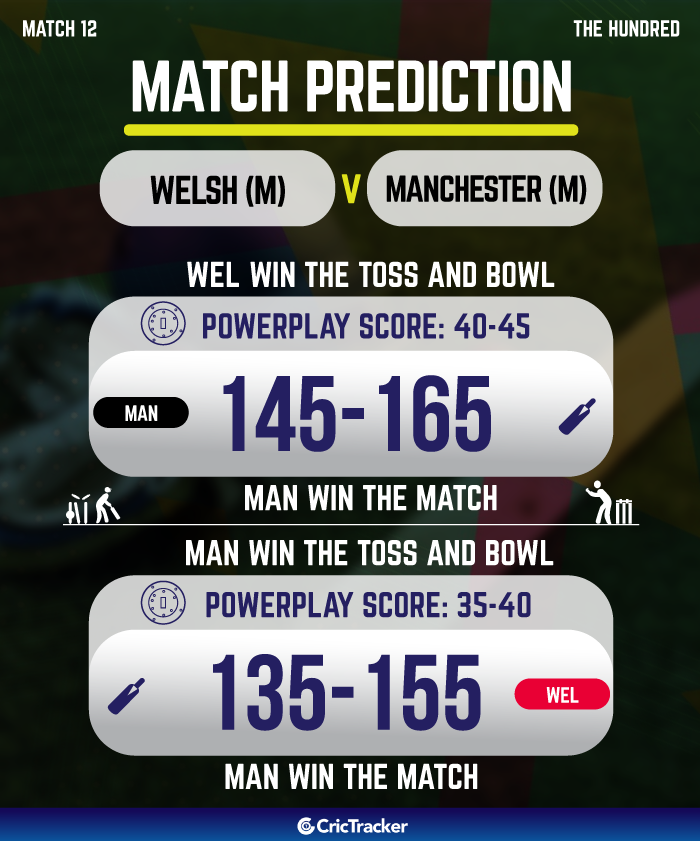