The Rockets are unbeaten in the tournament with wins in all their three games.

Birmingham Phoenix and Trent Rockets are all set to lock horns in Match No.14 of the Men’s Hundred at the Edgbaston in Birmingham. The Rockets are on a rampage, having won all their first three games.

Their net run rate of 0.724 is also the best among the eight participating teams. In their previous game, they bowled brilliantly and beat the London Spirit by seven runs.

The Phoenix, on the other hand, are on a two-match losing streak and are placed sixth in the points table. After losing to Southern Brave, the Phoenix won’t find it easy to defeat the in-form Rockets.

The venue in Birmingham has hosted only a solitary game in the Hundred where the chasing team came out trumps. The Spirit racked up 144 for six after which the Phoenix tracked down the target with three balls left. Another fairly high-scoring game seems to be in store.

Avg first innings score: 144 (1 match in the Hundred in Birmingham)

D’Arcy Short has looked in ominous touch in the ongoing edition of the Hundred. In three games, he has picked up 134 runs at an average of 134 and a strike rate of 135.35. The southpaw also has two half-centuries to his name with a top score of an unbeaten 69. If he gets his eyes in, the Phoenix bowlers could be in for a lot of trouble.

Matthew Carter didn’t play the first game, but once he came into the eleven, he blended into the eleven with perfection. In the game against Northern Superchargers, he picked up two wickets and followed it up with a three-wicket haul against the Spirit. The off-spinner has picked five wickets at a decent economy rate of 0.85, the best among his teammates. 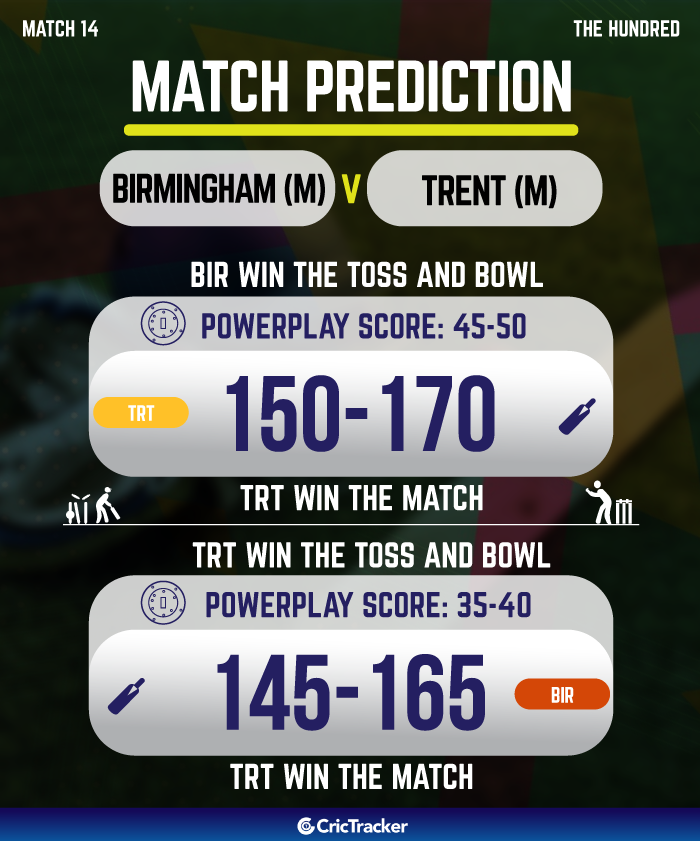