The Spirit have already been knocked out of the tournament.

London Spirit and Oval Invincibles are set to face each other in Match No.28 of the Men’s Hundred on Saturday at the Kennington Oval. The Spirit have already faced elimination in the tournament and they are left to play with pride.

Moreover, their premier all-rounder Mohammad Nabi has left due to personal reasons. In their previous game, they beat the Manchester Originals by six runs.

The Invincibles, on the other hand, are well and truly in contention to make the playoffs. A win may even take them to second in the points table. However, a loss on August 14 will make their final group encounter a must-win affair.

The pitch at the Kennington Oval has been a belter in the men’s Hundred. The average score suggests that a fairly high-scoring game is on the cards. The pitch is expected to stay true and hence, batting first should be the way forward.

Jason Roy has been the standout batter for the Invincibles in the Hundred thus far. In six matches, the right-hander has notched 174 runs at an average of 58 and a strike rate of 155.35. Having already scored two fifties in five innings, Roy has looked in ominous tough. He will be looking to carry the momentum even in the next game.

Sunil Narine has been exceptional for the Invincibles in the ongoing tournament. Although he isn’t the leading wicket-taker, the off-spinner has shown his class. In six games, Narine has picked up six wickets. Moreover, an economy rate of 1.20 suggests that he has been able to put a lid on the run-scoring for his team. 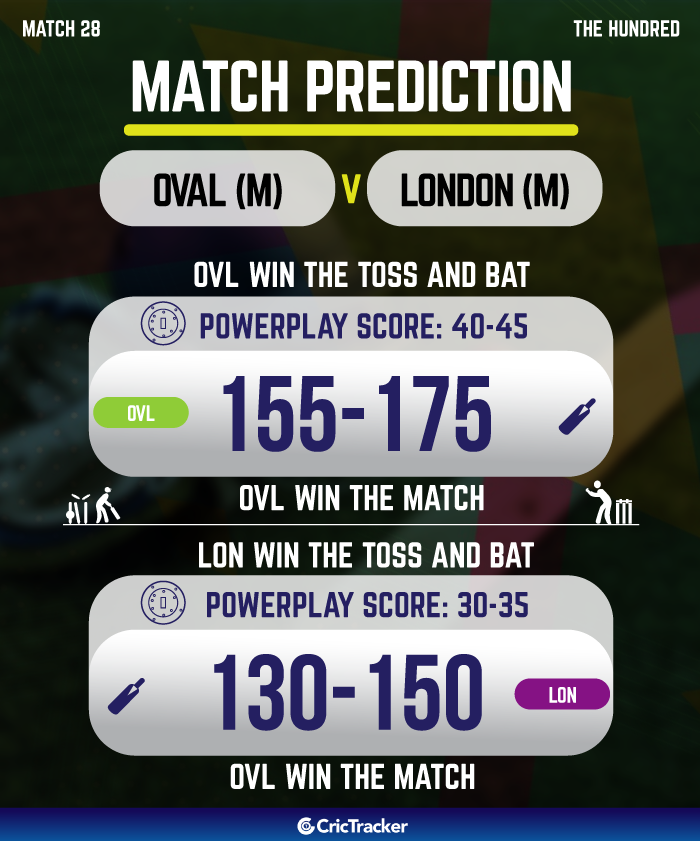