Both teams have been knocked out of the tournament.

The Welsh Fire and London Spirit are set to lock horns in Match 32 of the Men’s Hundred on Wednesday at the Sophia Gardens in Cardiff. The Spirit are currently languishing at the bottom of the points table with a solitary win under their belt.

They have already been knocked out of the tournament. In their previous game, Oval Invincibles beat them by two wickets. The Fire, on the other hand, have lost five games since Jonny Bairstow left the team for national duties.

In their previous match, the Southern Brave beat them by eight wickets. They will now be looking to end their campaign on a positive note.

The pitch in Cardiff has been a pretty decent one for batting over the last few games. The teams batting second have gotten a fair amount of advantage from the surface. Therefore, chasing should be the way forward for both teams in the tournament.

Ben Duckett has been excellent for the Fire in the tournament thus far. In seven matches, the left-handed batter has notched 226 runs at an average of 32.28 and a strike rate of 137.80. With two half-centuries, he has been effective with the bat in hand. The southpaw will now be looking to play another knock of substance.

Qais Ahmad, the Afghanistan cricketer, has arguably been the standout bowler for the Fire in the tournament. The leg-spinner started with a four-wicket haul in his team’s opening game. In seven matches, the youngster has picked up eight wickets at an economy rate of 1.17. The tweaker will be hoping for one last decent show with the ball. 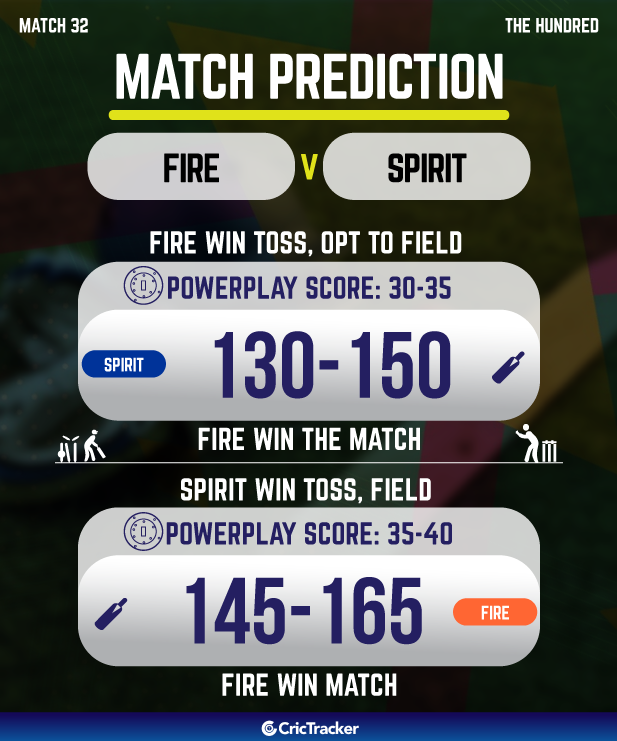