The Spirit will be up against an in-form Invincibles' bowling attack.

The London Spirit and Oval Invincibles are all geared up to lock horns in the fifth match of the Men’s Hundred at the iconic Lord’s in London. The Invincibles got off to a winning start in the tournament against the Manchester Originals.

They won by nine runs after a stupendous show from their bowlers. Skipper Sam Billings led from the front and won the Player of the Match award.

The Spirit, on the other hand, slumped to a three-wicket defeat at the hands of Birmingham Phoenix. Zak Crawley got the POTM award, but his knock went in vain. The Eoin Morgan-led Spirit will now be looking to turn their fortunes around.

The pitch in London has generally been a sporting one over the years. The average scores suggest that a close game is on the cards. However, the venue has helped the team batting first to a large extent, and hence, chasing can be avoided. The temperature will be around the 23 degrees Celsius mark.

Jason Roy is renowned for taking decent bowling attacks to the absolute cleaners as he has done the same for quite some time at the highest level. In the Invincibles’ first match, he scored 20 runs off 12 balls with four fours at a strike rate of 166.67. Just when he was looking to take the match away from the opposition, Tom Hartley dismissed him. The Invincibles will want him to stay in form.

Sunil Narine was a tough nut to crack in his team’s first match of the tournament. He was the most economical bowler for his team as he gave away only 1.10 runs per ball over his spell of 20 balls. The off-spinner also bowled eight dot balls. Moreover, Narine churned out the prized scalp of Jos Buttler. The veteran will now look to deliver with the bat as well in the upcoming contest. 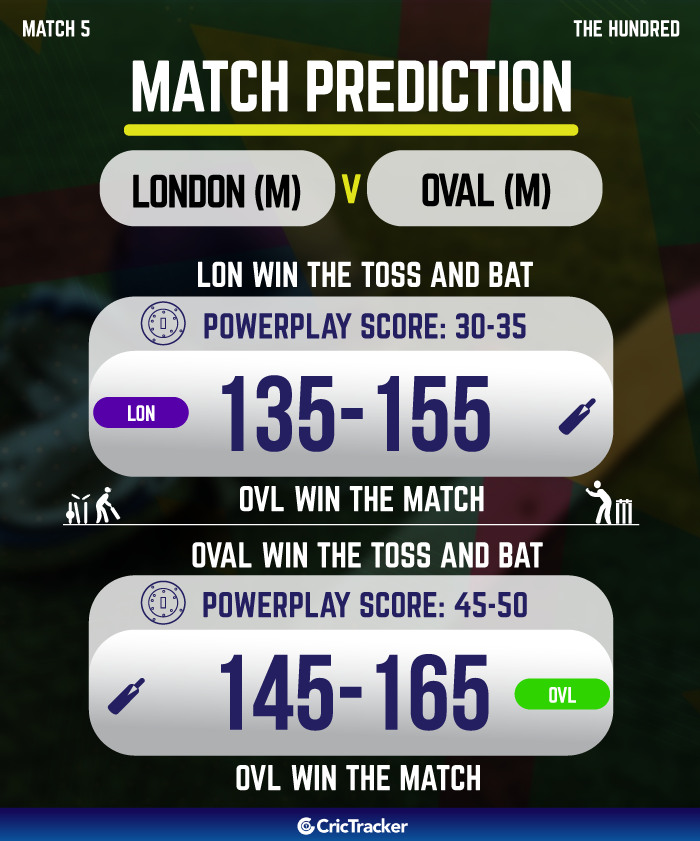