Superchargers are yet to open their account in the tournament.

The Manchester Originals will take on the Northern Superchargers in the ninth match of the Hundred Men’s 2021 on Wednesday (July 28).

With a win and loss in two games thus far, the Originals find themselves at the fourth spot with two points, whereas their rivals Superchargers, reeling at number seven, are yet to open their account, having lost both their games so far. They fell short closely against Welsh Fire in a high-scoring thriller, losing by five runs in pursuit of 174, while they failed to defend 133 against Trent Rockets in their second league clash.

On the other hand, the Originals, who lost their opening game to Oval Invincibles by nine runs, made a comeback against Birmingham Phoenix rather dominatingly, as they bowled their opponents out for a paltry 87, before chasing it down with 6 wickets and 27 balls to spare.

Despite these being the early days, it is needless to say that the Superchargers would be keen to open their tally in the tournament.

The Old Trafford track has not been the best friend of the batters of late. Even the latest international encounter at the venue, the third T20I between Pakistan and England, witnessed nothing too outrageous, with Pakistan setting 155 for England to win, which they chased as late as the final over. The only encounter of the Men’s Hundred this season in Manchester witnessed the Phoenix tumbling to 87 in a game where nine of the total 13 wickets in the game fell to spin. Expect the track to do similar things.

Parkinson was the demolisher-in-chief in the Originals’ victory over Phoenix. He ended with staggering figures of 4/9 from his 20 balls at his home ground. Given the way the track at the venue is played, Parkinson might be amongst the wickets again.

Rashid has had a decent tournament thus far and has managed to take wickets in each of the two games his team has played. Interestingly, it was also Rashid’s four-wicket spell at this venue that helped England beat Pakistan to clinch the series 2-1. 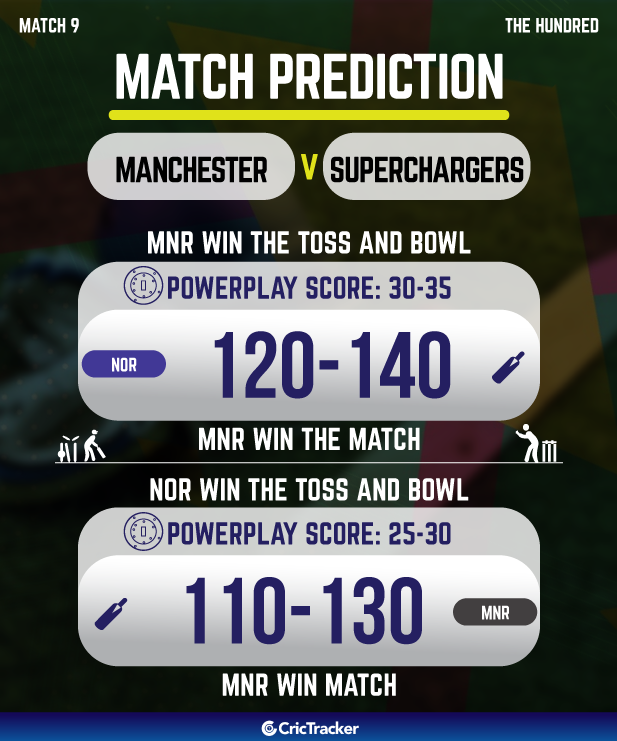