Shafali Verma isn't a part of the Phoenix's setup anymore.

Oval Invincibles and Birmingham Phoenix are set to lock horns in the Eliminator of the Women’s Hundred on Friday at the Kennington Oval in London. The Invincibles, led by Dane van Niekerk, finished second on the points table despite their 30-run loss at the hands of Southern Brave.

The Phoenix, on the other hand, are on a three-match winning streak and have looked in ominous touch. In their previous game, they beat the Northern Superchargers by 14 runs. However, they won’t be having the services of Shafali Verma, who’ll be busy preparing for the Australia series.

The pitch at the Kennington Oval hasn’t been an overly great one for batting. The average score at the venue suggests that an overly high-scoring game may not be in store. Chasing should be the preferred option on the surface.

Dane van Niekerk has arguably been the standout batter for the Invincibles in the Women’s Hundred. In seven innings, the veteran has managed to score 231 runs at an average of 57.75 and a strike rate of 110.52. She also has two half-centuries to go with a top score of an unbeaten 67. Not to forget that van Niekerk can make breakthroughs with the ball as well.

Kirstie Gordon is one of the primary reasons why the Phoenix have made a comeback and qualified for the Eliminator. She is the leading wicket-taker for her team, having scalped 13 wickets from eight matches. The economy rate of 1.26 isn’t on the higher side either. The Phoenix will again be looking up to the tweaker to deliver the goods. 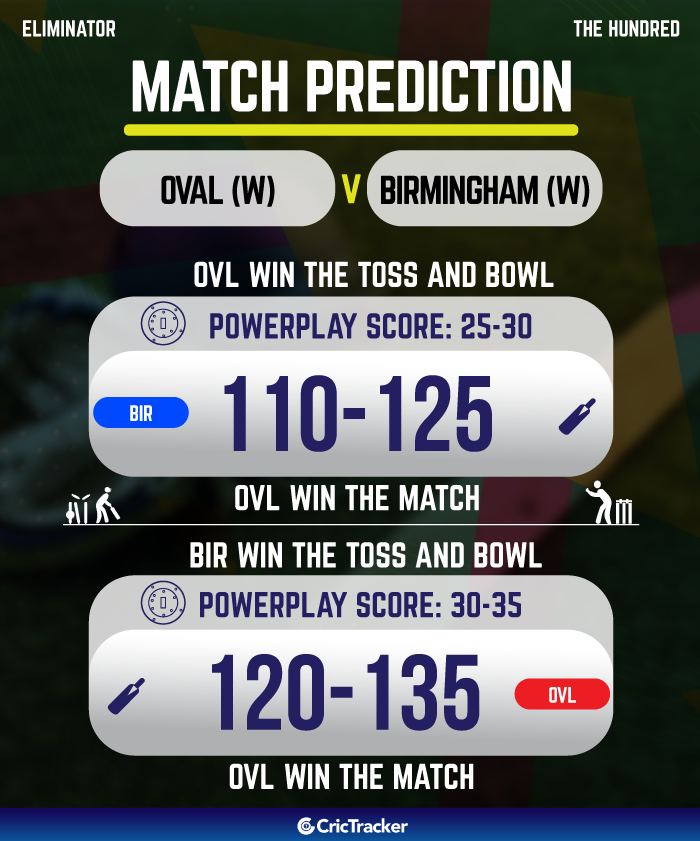