The Superchargers are yet to lose a game while the Spirit are on a three-match losing streak.

London Spirit and Northern Superchargers are set to lock horns in the 17th match of the women’s Hundred on Tuesday, August 3. The Superchargers have been on a roll after winning three out of four matches with a net run rate of 0.875.

Their match against Manchester Originals was washed off. In their previous game against Oval Invincibles, the Superchargers didn’t have a big target to defend.

However, their bowlers eked out a four-run win for the team. As far as the Spirit are concerned, their campaign in the tournament is in the shambles as they are on a three-match losing streak.

The pitch at the Lord’s hasn’t been an easy one to bat on. Chasing has been fairly tough and a score above 140 might even turn out to be a winning total. The spinners are likely to come into play in the next match as well. Batting second should be the way forward.

Avg first innings score: 127 (3 matches in the Hundred at Lord’s)

Jemimah Rodrigues has been outstanding for the Superchargers in the ongoing tournament. She has been the primary reason behind her team’s dominating run in the championship. In three matches, the right-hander has notched 166 runs at an average of 83 and strike rate of 176.59. In the previous game, she started with three fours before getting out.

Linsey Smith has been the standout bowler for the Superchargers in the Hundred. In three games, the left-arm spinner has picked five wickets at an economy rate of 0.80. Her bowling average of 9.60 is the best among her teammates. Smith is someone, who can operate both in the powerplay and at the death. The onus will again be on her to deliver. 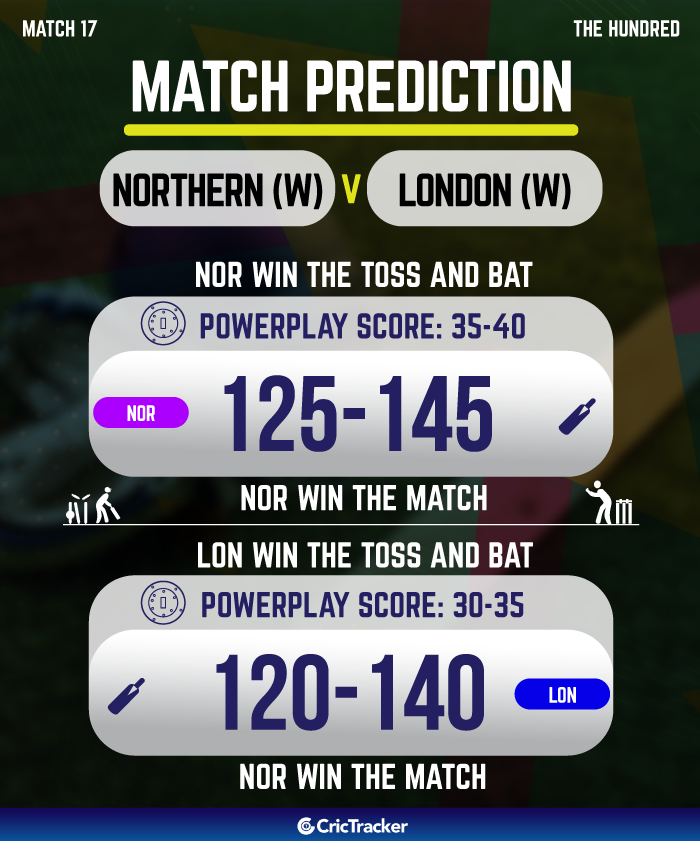