Hayley Matthews is the leading run-scorer for the Fire and she also has five wickets.

Trent Rockets and Welsh Fire are set to lock horns in the 20th match of the Women’s Hundred on Friday, August 6. The Fire are currently placed fourth in the points table with four points and a net run rate of -0.140. In their previous match on August 2, the Fire lost by 12 runs at the Kennington Oval.

Their batters put up a mere 112 on the board after which the bowlers helped the team make a stupendous comeback. The Rockets, on the other hand, are on a bit of a role. After losing their first two games, they are now on a two-match winning streak. In their previous game, they beat Birmingham Phoenix by 11 runs.

The pitch in Cardiff hasn’t been a great one for batting thus far in the tournament. In both games, the team, batting first strained to put a decent score on the board. Hence, chasing should be the way forward for both teams in the upcoming encounter.

Hayley Matthews has been excellent for the Rockets in the ongoing edition of the Hundred. Opening the batting, the right-handed batter has notched 155 runs at an average of 51.66 and a strike rate of 139.63. She also has a top score of an unbeaten 71. Matthews also has five wickets to her name and she can’t afford to drop her guard by any means.

Sammy Jo Johnson has been mightily effective for the Rockets in the tournament until now. The right-arm pacer is currently the leading wicket-taker for her team with nine scalps from four matches. She has bowled at an economy rate of 1.12. Johnson bowls at the death and she has done a great job in making regular breakthroughs for her side. 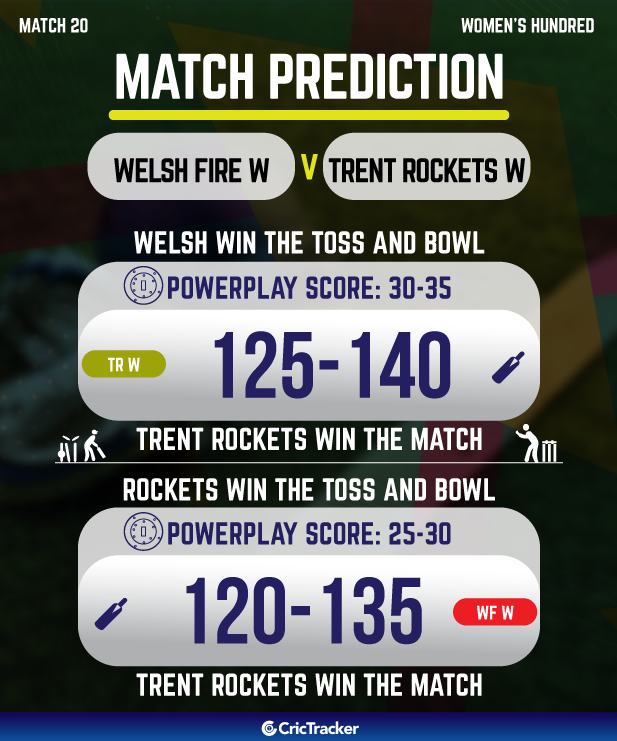