The Phoenix need a win to stay alive in the competition.

Trent Rockets and Birmingham Phoenix are set to lock horns in the 27th match of the Women’s Hundred on Friday at the Trent Bridge in Nottingham. The Rockets started with two losses, but have won three games since then.

Their previous match against Oval Invincibles was washed off due to rain. Another win will take them to the second position. The Phoenix, on the other hand, are languishing at seventh in the table with four points from six games.

However, the 10-wicket win over Welsh Fire should keep them in good stead. A loss would see them getting eliminated from the tournament.

The pitch at Trent Bridge has been an excellent one for batting. The bowlers haven’t had much joy bowling on this surface. However, the track seemed to have helped the teams, batting first. Therefore, chasing can be avoided.

Shafali Verma wasn’t in the best of forms in the first five games for the Phoenix. Although she was getting starts, she was unable to convert them. However, in the previous game against the Welsh Fire, she gave an account of her potentiality. The right-hander smashed 76 runs and guided her team to a thumping win. She will want to replicate something similar.

Sammy-Jo Johnson has been outstanding for the Rockets in the ongoing edition of the Hundred. She is their leading wicket-taker, having taken 12 wickets from six games at an economy rate of 1.13. Johnson has a four-wicket haul to her name and she can operate at any stage of a game. Johnson can also wield the willow to good effect. 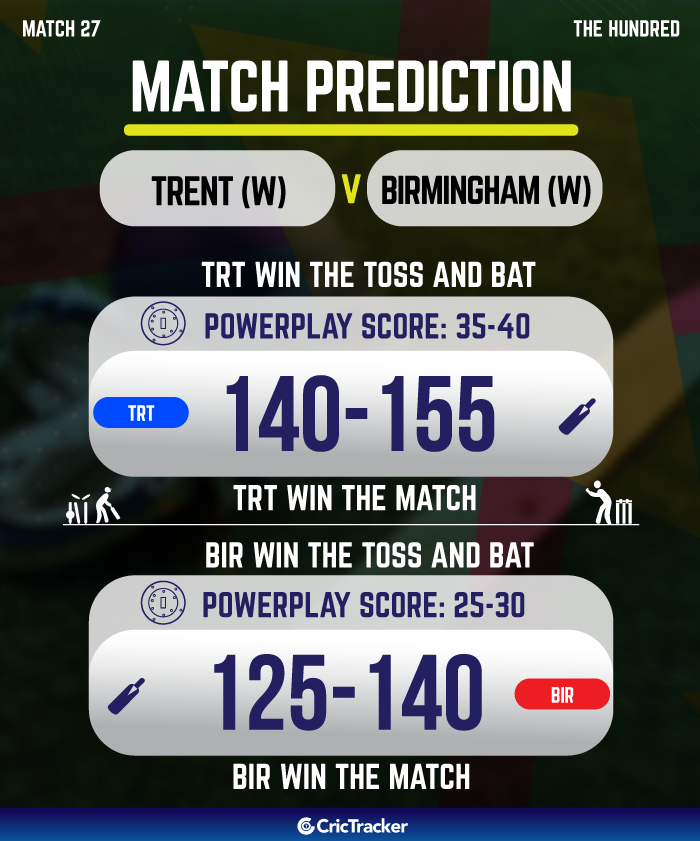