A win in their next game will help the Spirit jump from sixth in the table to the second spot.

London Spirit and Oval Invincibles are set to face each other in Match No.28 of the Women’s Hundred on Saturday at the Kennington Oval. The Spirit have won two matches in a row and must be high on confidence. A win in their next game will help them jump from sixth in the table to the second spot.

In their previous game, they beat the Manchester Originals at Old Trafford after Deepti Sharma’s all-round show. The Invincibles, on the other hand, are sitting pretty at second, but are yet to make the playoffs. If they lose the next game, their match against the Southern Brave will be a must-win affair.

The pitch at the Kennington Oval hasn’t been an overly easy one for batting. In the two games thus far at the venue, the scores haven’t been on the higher side. Batting second has been a tad tough and hence, chasing can be avoided.

Tammy Beaumont has been a prolific run-scorer for England in limited-overs cricket over the years. However, in the Hundred, she is yet to play to her full potential. In four games, the right-handed batter has notched only 89 runs at an average of 22.25 with a top score of 42. But keeping in mind her skills, she is expected to make a comeback next time.

Deepti Sharma has simply been outstanding for the Spirit with the ball in hand. The right-arm spinner is the leading wicket-taker for her team with eight scalps. Moreover, her economy rate of 0.96 is also the best among her teammates. Not to forget that she can play handy knocks lower down the order. 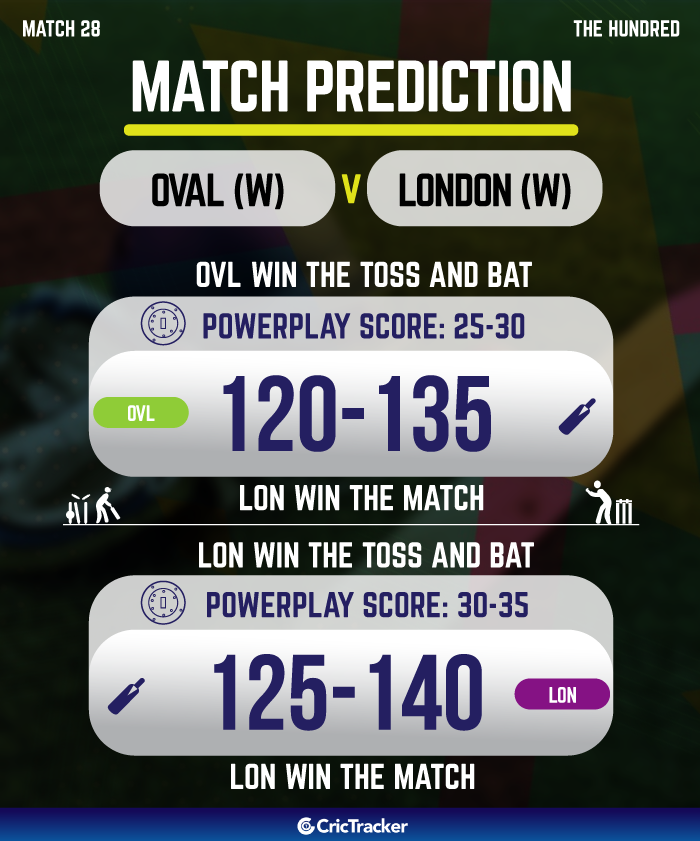