The Spirit have a mathematical chance of qualifying for the Eliminator.

The Welsh Fire and London Spirit are set to lock horns in Match 32 of the Women’s Hundred on Wednesday at the Sophia Gardens in Cardiff. The game has very little significance as the tournament is concerned.

The Fire have already been knocked out of the tournament as they are the current cellar dwellers. The Spirit have a mathematical chance of qualifying for the Eliminator. In case they beat the Fire by a certain margin, they could topple the Birmingham Phoenix.

However, chances of the same are unlikely as the difference between their net run rate is 0.523. The Spirit lost their previous game at the hands of Oval Invincibles.

The pitch in Cardiff hasn’t been an overly easy one for batting thus far in the tournament. Moreover, the chasing team has won all three matches at the venue. Therefore, batting second should be the way forward.

Hayley Matthews has been outstanding for the Fire in the Hundred so far. In seven matches, the right-hander has notched 214 runs at an average of 35.66 and a strike rate of 123.69. She is also the only batter in the Welsh lineup to have scored a half-century. Matthews also has nine wickets to show for her efforts at an economy rate of 1.20.

Deepti Sharma has been the standout bowler for the Spirit without a shred of a doubt. In seven matches, the off-spinner has picked up eight wickets. Her economy rate of 0.90 is also the best among her teammates. In fact, she is the only bowler from her team to have a rate of under a run-a-ball. Freya Davies and Charlotte Dean have picked up four wickets each. 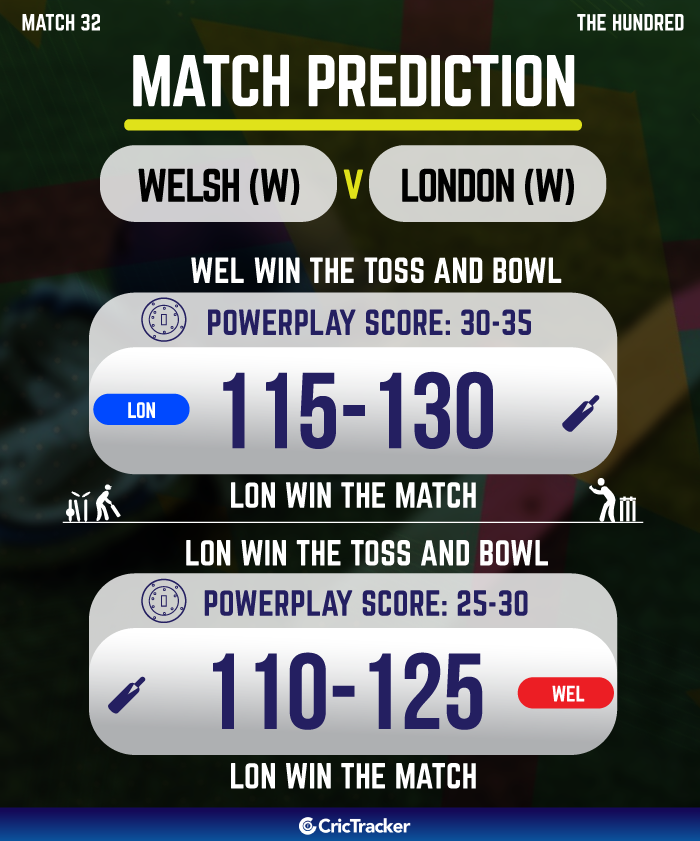