Both teams started their campaign on a winning note.

The Oval Invincibles and London Spirit are set to lock horns in the fifth match of the Women’s Hundred at the Lord’s. The Invincibles won the opening game of the tournament against the Manchester Originals.

Dane van Niekerk’s half-century bailed her team out of the precarious position. The Spirit, on the other hand, won their first game against the Birmingham Phoenix.

In their run-chase, they stuttered a wee bit and got over the line in the last set of five balls. Tammy Beaumont didn’t play the previous game due to personal reasons and she will miss out on the second match as well

The pitch at the Lord’s has been fairly good for batting with the average score around the 150-run mark. The venue also tends to favour the team batting first and hence, chasing can be avoided. The playing conditions will be sunny with the temperature around 21 degrees Celsius.

Heather Knight has been a fulcrum of the England batting lineup over the years. She gave an account of her potential in the previous match as well. Batting at No.3, Knight was sailing along at 21, having smashed three fours. However, left-arm spinner Kirstie Gordon castled her after she went for a sweep shot. Knight can also be handy with the ball in hand.

Marizanne Kapp was excellent in the game against the Originals. She picked up the crucial wickets of opener Emma Lamb and Mignon du Preez, her South African teammate. She also gave runs at a mere run-a-ball and managed to bowl as many as 10 dot balls. She is again expected to play a crucial role. Kapp’s role with the bat in hand can’t be undermined either. 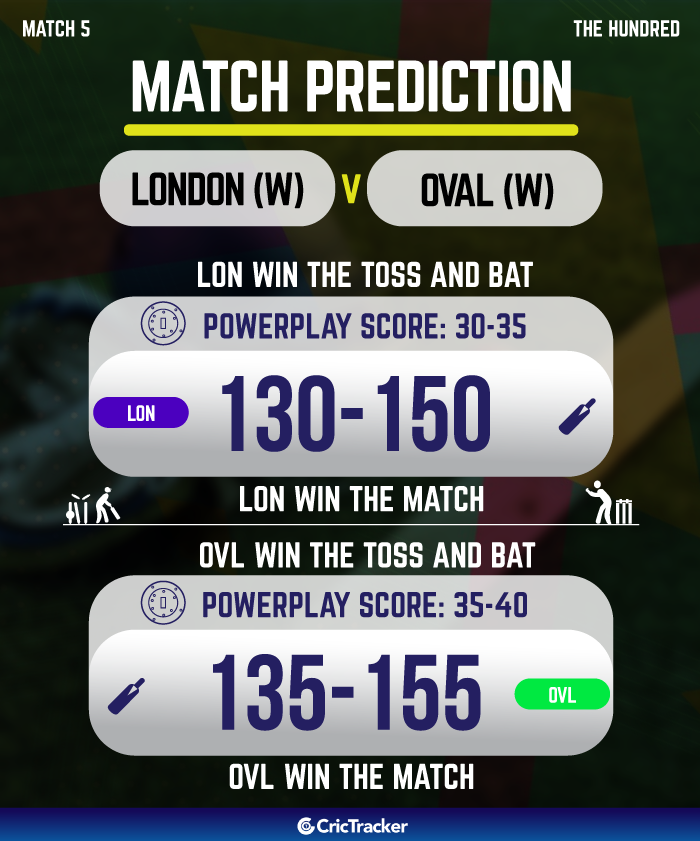