Both teams started with a loss and will be eager to get their campaign going.

Manchester Originals are set to lock horns with the Birmingham Phoenix in the sixth match of the Women’s Hundred at the Old Trafford in Manchester. The Originals didn’t make a great start to their campaign after losing to the Oval Invincibles, but they have the ingredients to stage a comeback in the tournament.

The Phoenix had a torrid time as well in their opening clash against London Spirit. They lost by three wickets after a disappointing show with the bat in hand. Their bowlers, however, must be high on confidence after giving the Spirit a run for their money with some accurate piece of bowling at the death.

The pitch in Old Trafford is expected to be a sporting one. The average score suggests that bowlers and batters will have their say in equal proportion. The venue has also favoured the team batting second and hence, chasing should be the preferred option for both teams.

Lizelle Lee, the South African batter, is someone, who can take on bowling attacks with utmost ease. She has the potential score runs at a brisk rate in the powerplay and can put her team in the driver’s seat. In the previous match, Lee notched 42 runs off 39 balls with the help of six fours. If she gets going, the Phoenix could find themselves on the back-foot very early in the game.

Sophie Ecclestone is currently the ICC’s no.1 ranked bowler in T20Is and she’s going to have to be on top of her game. In the previous game, she gave away 23 runs in her 20 balls and also picked up the wicket of Marizanne Kapp, stumped down the leg side. Ecclestone is again expected to step up for her team. Not to undermine her power-hitting skills with the willow in hand. 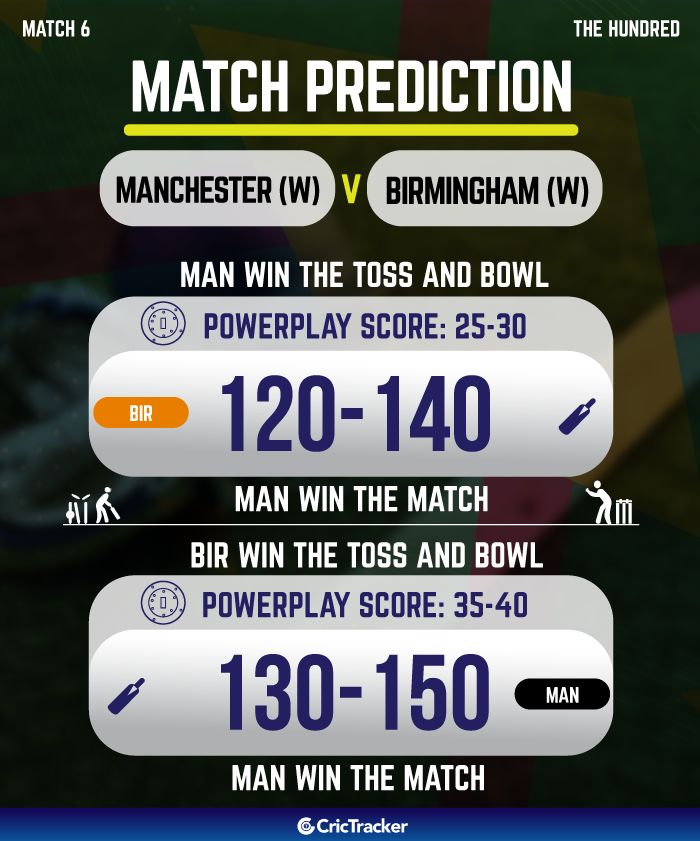