Kedar Jadhav had to face a lot of criticism for his low batting strike rate and lack of intent in last season.

In IPL 2020, if there was one player who got unreal hate on social media for his lackluster performance, it was Kedar Jadhav. He had to face a lot of criticism for his low batting strike rate and lack of intent. He was subsequently dropped from CSK’s playing XI for the last few matches and was later released from the squad before the IPL 2021 auction.

This year in the IPL Auction, he could not find any buyer in the first round and it looked like he would remain unsold. However, Sunrisers Hyderabad picked him for his base price of 2 crore INR in the final bidding round.

Kedar Jadhav started his stint in the cash-reach league with the Delhi Daredevils team in 2010. On his IPL debut, he hit a 29-ball fifty against RCB and impressed everyone. He played only 5 matches this year. In the next season, he was signed by Kochi Tuskers Kerala but got to feature in only 6 games. 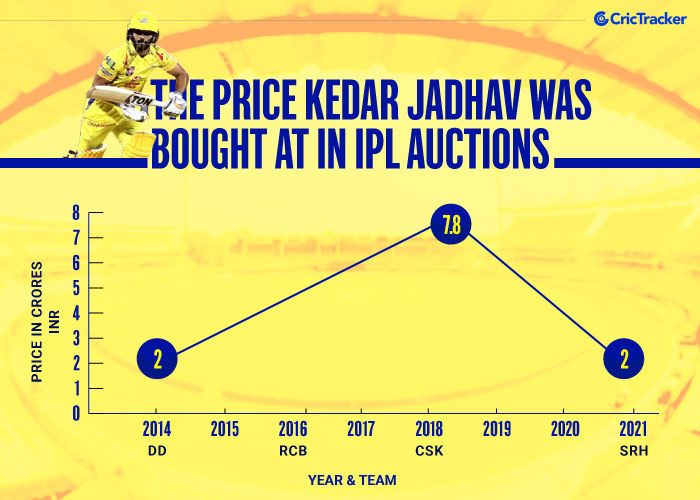 For the IPL 2013, Jadhav was picked by Delhi Daredevils again at a price of 2 crore INR. This season he got full opportunity to display his talent and scored 152 runs at a strike rate of 122.58. 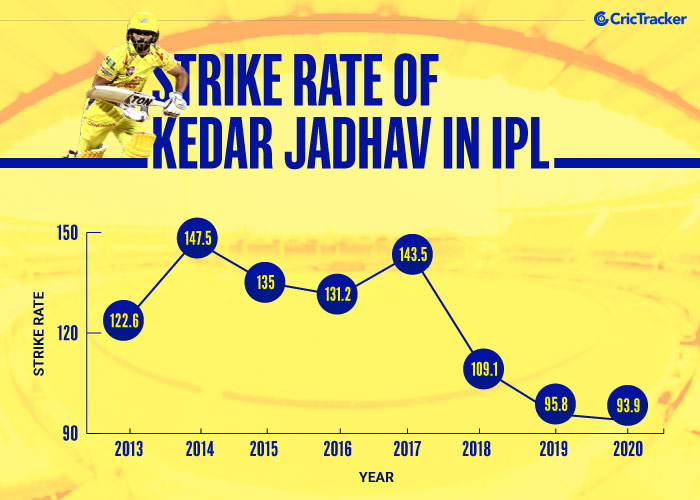 Ahead of the 2016 season, the Indian all-rounder was traded to the RCB team for an undisclosed amount. He scored 267 runs in the 2017 season, the second-most by any player from RCB after Virat Kohli.

In IPL 2018 Auctions, Chennai Super Kings bought Kedar Jadhav for 7.2 crore INR. He played only the first match in which he took the team to a victory despite battling an injury. Kedar Jadhav has performed below par in the last two IPL seasons, with strike rate being less than 100 both times. 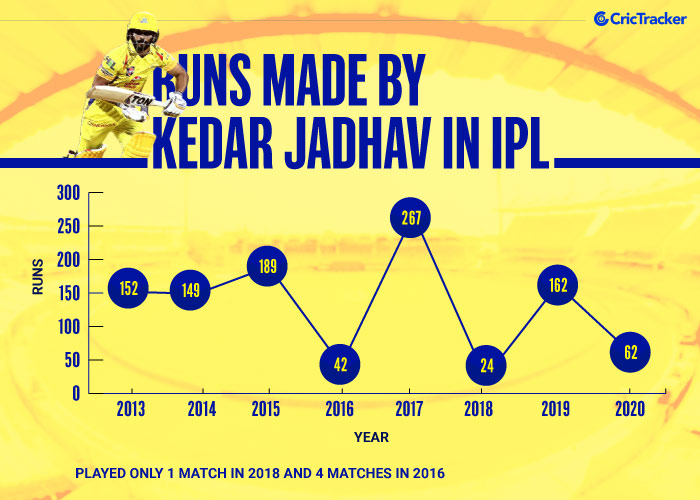 He would now hope to bring his best while playing for SRH this season. The Hyderabad team needed some good Indian middle-order batsman in their team and Kedar could be the answer to their misery. It would be interesting to see if Kedar could make his way in the first playing XI of SRH or he will have to wait for his chance.