Top 5 batsmen and their highest batting average in Test cricket

Top 5 batsmen and their highest batting average in Test cricket

Here we look at top 5 batsmen in Test cricket and their batting average at peak.

Maintaining high batting averages is quite tough for any player in any format and it becomes little more difficult when it comes to Test cricket. The challenges like playing in different conditions, against a different set of players and surviving through various time periods come in between. Sir Donald Bradman was an exception as his batting average kept fluctuating between 97 and 103 in his last 10 years of Test career.

At the moment, Steve Smith is averaging 64.56 in the longer format. Only time will tell whether he can maintain such a high average until his retirement. The history says even the greats suffered a dip in their averages at some point, especially towards the end of their careers. Hence, the average they achieved at the peak of their career will give a fair idea of how well they dominated in this format.

Here we look at top 5 batsmen in Test cricket and their batting average at peak: 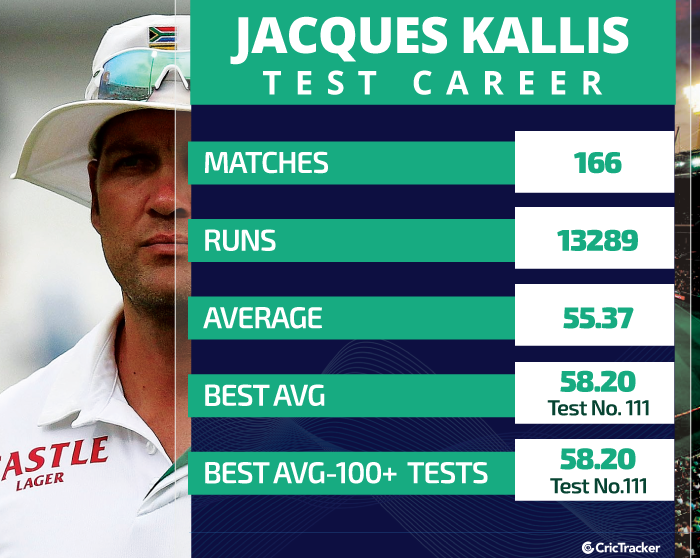 The South African all-rounder didn’t have the best of starts to his Test career especially with the bat. His average moved into the 40s only after playing nearly 30 Test matches across four years of his Test career. By the start of 2000, Kallis became a reliable batsman in the South African Test set-up. His career was on uphill since then as he touched 50 average in the longer format by end of 2002.

During the 2007 Johannesburg Test against New Zealand, Jacques Kallis completed 9000 runs in Test cricket in only 188 innings. He still holds the South African record for being the fastest to the milestone. In the following match in Centurion, Kallis scored a 177-ball 131 to help the hosts win the game by an innings margin. It was Kallis’ 29th Test century with which he equalled Sir Donald Bradman’s century tally.