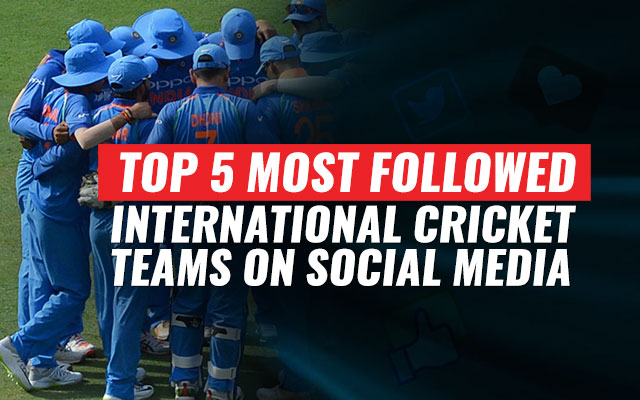 Cricket is one such sport that entertains its fans throughout the year. Whether their favourite international team is touring a rival country or their most beloved player is showcasing his talent in a T20 league, cricket fans are happy to tune in to watch the beautiful game whenever possible.

At the end of the day, cricketers are also humans and they need rest as well. To keep cricket fans engaged throughout the year, social media is a brilliant platform wherein the teams update their fans about the squad’s development.

Facebook and Twitter were the two social media giants during the start of the 2010s but in recent times, Instagram has emerged as one of the most used platforms. All international teams have a page/handle on Facebook, Twitter, and Instagram to interact with the fans by providing minute by minute updates.

The teams share the players’ on-field and off-field photographs to capture the attention of the fans and the fans always make sure they follow their favorite teams.

In this article, we rank the most followed teams on social media: 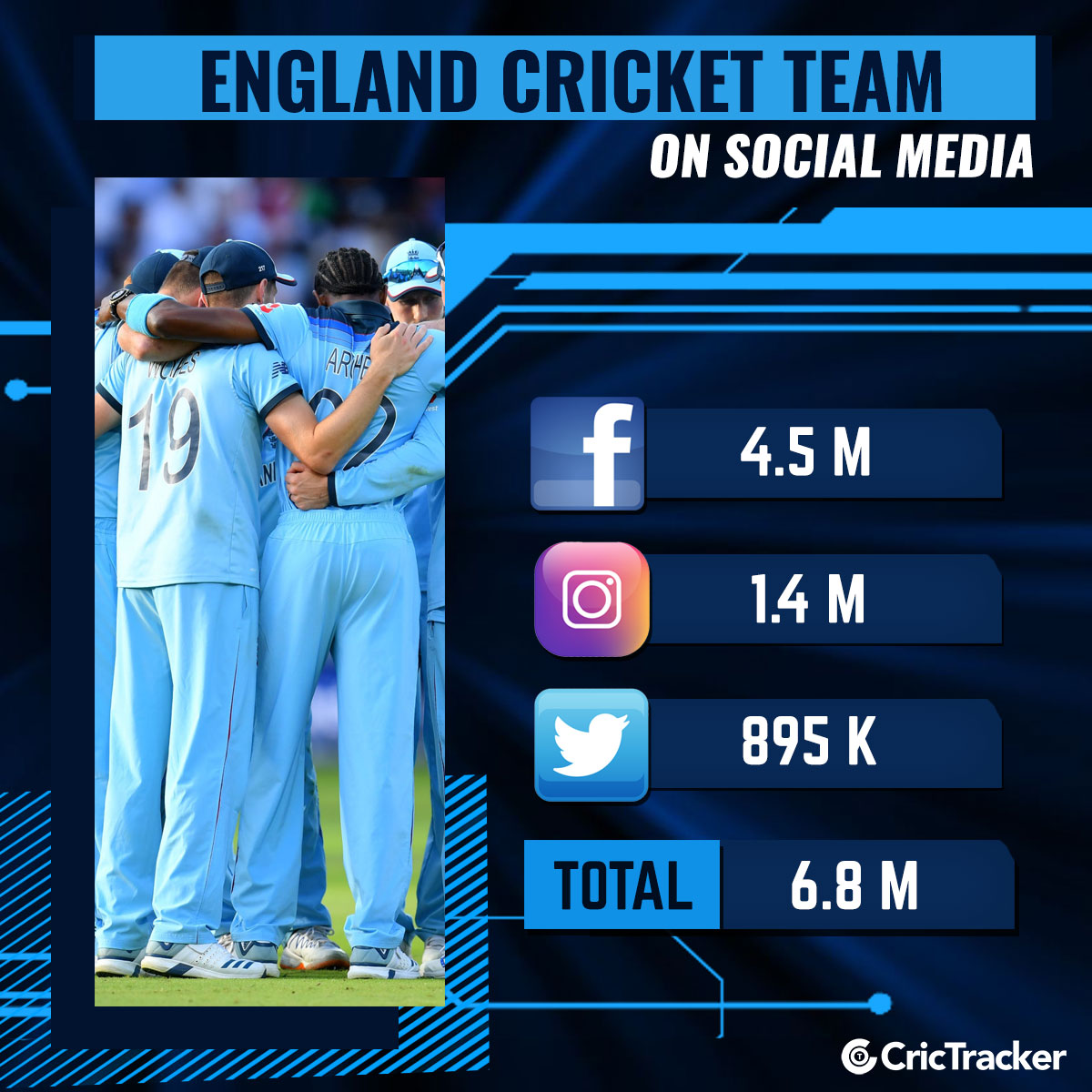 England not only beat the Kiwis on the field but also in terms of followers on social media. The Eoin Morgan-led side is arguably the best side in limited-overs cricket at the moment.

At the time of writing, the England cricket team has an overall following of almost 7 million followers on Facebook, Instagram and Twitter combined. The England social media team uploads quality content regularly and is very active on three platforms.