It is advisable to pick Krunal Pandya as the captain of any one of your Dream11 Fantasy teams.

The Elite Group A match of the Vijay Hazare Trophy 2020-21 will be played between Gujarat and Baroda on 28th February atLalabhai Contractor Stadium in Surat.

The match is scheduled to start at 9:00 AM local time and IST. The match will be streamed live on Star Sports Network and Disney+Hotstar.

The top two teams in Group A, Gujarat and Baroda will go head-to-head against each other in round five of the Vijay Hazare Trophy 2021 on Sunday. Both the teams have won all four matches played in the tournament so far. Gujarat inch ahead to the number one spot because of a better net run rate.

An edge of the seat thriller can be expected from this encounter, with one team all set face their first defeat in the league. Both teams have strong bowling units, so the team which flares well with the bat on Sunday is expected to win the match.

The weather in Surat is expected to be very hot with the temperature reaching 30 degree mark. The temperature will rise as the game progresses in the afternoon.

The team winning the toss will be looking to ball first. The pitch offers support to the bowlers in the first innings and favours the batsmen in the second. Gujarat have won two matches chasing on this pitch.

Het Patel is currently the top run-scorer for Gujarat. He has scored 225 runs with the highest score of 114.

Veteran leg spinner Piyush Chawla has picked up 229 wickets in List A cricket. An economical wicket-taking bowler like him will be a good addition to your Dream11 fantasy team.

Left-arm pacer Arzan Nagwaswalla is the leading wicket-taker for Gujarat. He has 13 wickets to his name at an impressive economy of 4.33 runs per over. He also has a five-wicket haul in List A cricket.

Right-arm medium pacer Atit Sheth is the highest wicket-taker for Baroda in this season. He has picked up seven wickets at an economy of 6.23 runs per over. He also scored a quick fire 51 runs off just 16 balls in their last game against Chhattisgarh.

Veteran all-rounder Krunal Pandya is in excellent form in the 2021 Vijay Hazare Trophy. He is the highest run scorer for Baroda with 386 runs under his belt and also has 5 wickets to his name.

Vishnu Solanki averages 74.50 in the tournament so far with a highest score of 108. He is the second-highest run-scorer for Baroda. 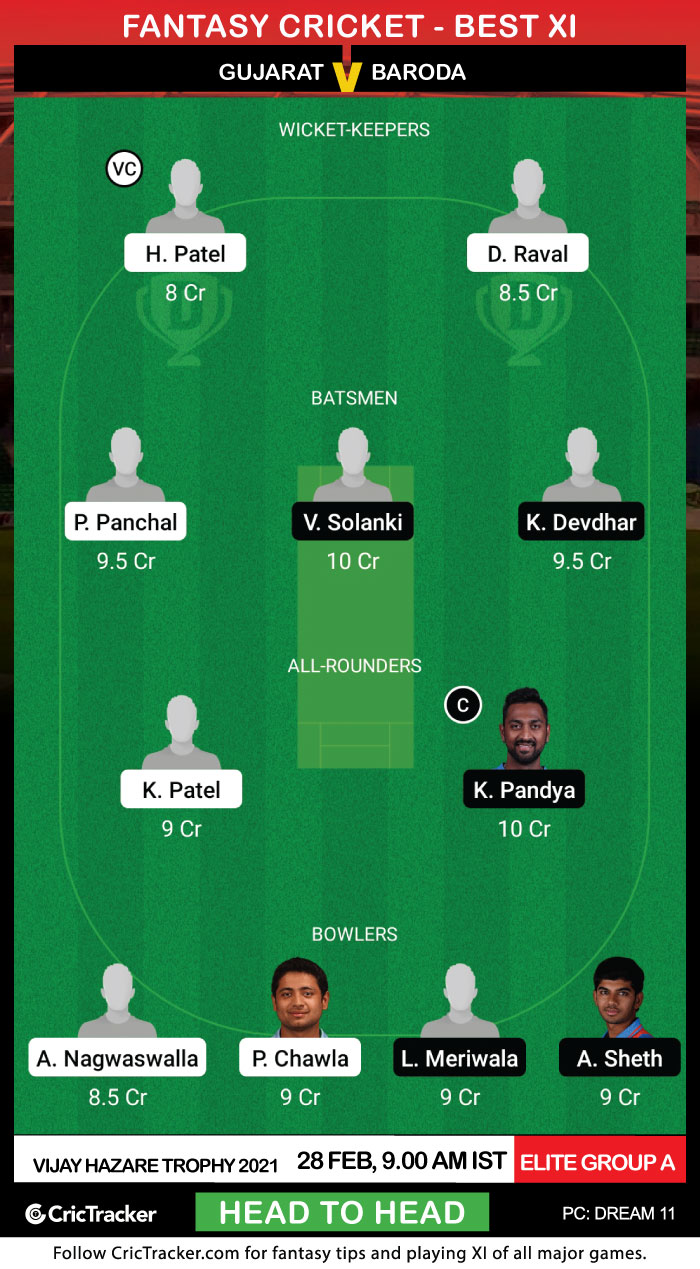 Suggested Playing XI No.2 for GUJ vs BRDDream11 Fantasy Cricket: 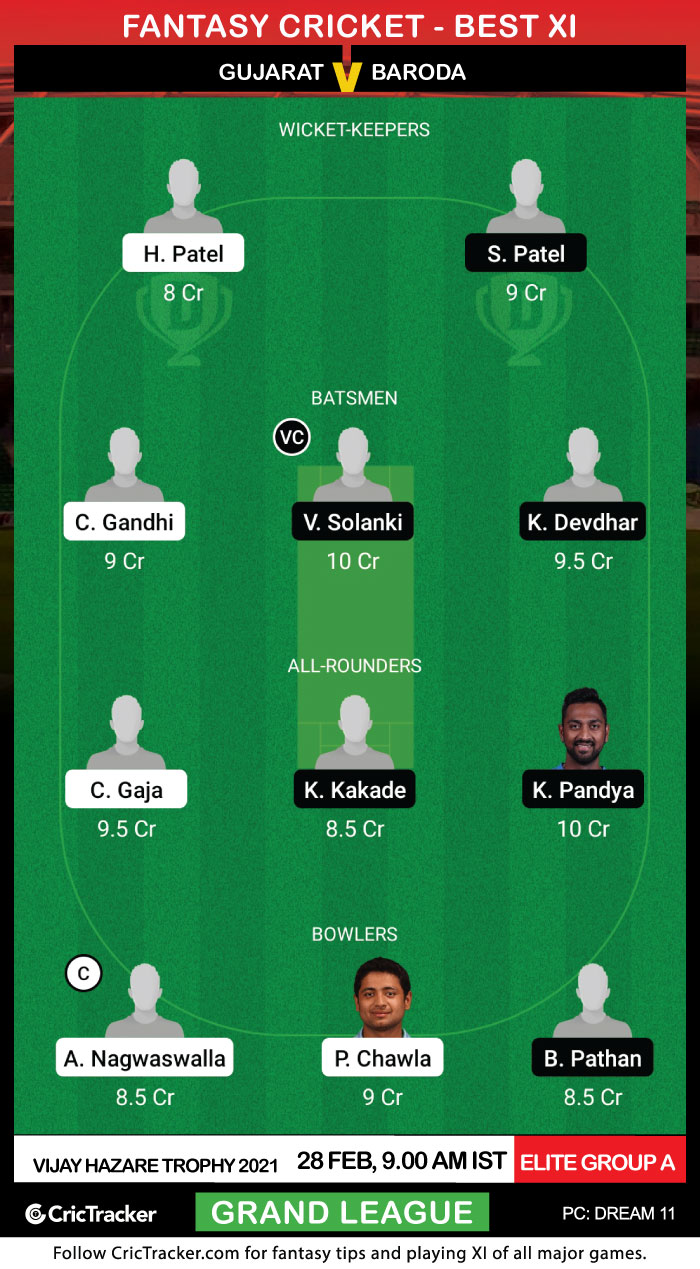 It is advisable to pick Krunal Pandya as the captain of any one of your Dream11 Fantasy teams as he will get you points with the bat as well as with the ball.