The B Group match of the Vijay Hazare trophy 2021 will be played between Tamil Nadu and Punjab on 20th February at Emerald High School Ground in Indore.

Last year’s finalist Tamil Nadu will take on Punjab in the Group B contest of the Vijay Hazare Trophy on Saturday. The recent victory in the Syed Mushtaq Ali trophy would have bought huge confidence to the Tamil Nadu side. They are almost playing with the same squad with one or two changes from the previous tournament. Baba Aparajith had a tremendous run with the bat scoring close to 600 runs in the last year’s tournament. Tamil Nadu are looking pretty dangerous at the moment and are one of the favourites to win this year’s tournament.

On the other hand, Punjab too had an excellent tournament last year, reaching the Quarterfinals stages. They are coming off from a good Syed Mushtaq Ali tournament where they lost in the semi-finals. They have lost only 2 matches last year in the group stages and they finished 3rd in the Elite C standings. Comparatively, Tamil Nadu are way ahead with the kind of players they have, but Punjab have got all the qualities to give a tough fight.

TN vs PUN Weather Report for Group B Match:

It will be sunny in Indore with the temperature ranging between 18 and 27 degrees Celsius and the humidity levels are low at 29 percent. There is no chance of rain for this match.

It is a good competitive wicket with equal support for both batsmen and bowlers,. Considering the past matches, batting second is going to be tough due to the slowness on the surface. Batting first will be a preferable option.

SL vs IND: Dasun Shanaka plucks a single-handed stunner off his own bowling to dismiss Nitish Rana

'His career is over, can someone ask him to retire?' - Twitter disappointed after Sanju Samson squanders another chance in international cricket

Baba Aparajith had an outstanding tournament with the bat in last year’s tournament, scoring 598 runs in 12 matches at an average of 66.44 with a strike rate of 79.83.

Tamil Nadu skipper Dinesh Karthik has vast experience playing in this format and his wicket-keeping skills are remarkable. In last year’s tournament, he scored 418 runs in 12 matches at an average of 59.71 and a strike rate of 121.15.

Shahrukh Khan went for a huge amount in the IPL auction. His confidence level will be huge and it will bring the best of performances from him. In last year’s tournament, he has scored 244 runs in 8 innings at an average of 48.8 with a strike rate of 125.77.

M Mohammad was the leading wicket-taker for Tamil Nadu in the last year, picking up 16 wickets in 10 matches at an economy of 4.68 runs per over.

Sandeep Sharma swings the ball both ways with the new ball. He is a wicket-taking bowler upfront. He was the leading wicket-taker for Punjab last year picking up 17 wickets in 8 matches.

Gurkeerat Singh Mann played reasonably well and was the joint highest run-scorer for Punjab last year, scoring 192 runs in 6 innings at an average of 38.4 and a strike rate of 76.49.

Siddarth Kaul is another fast bowler from Punjab who is known for his variations and can bowl at any stage of the match. He has picked up 16 wickets last year at an economy of 4.55 runs per over. 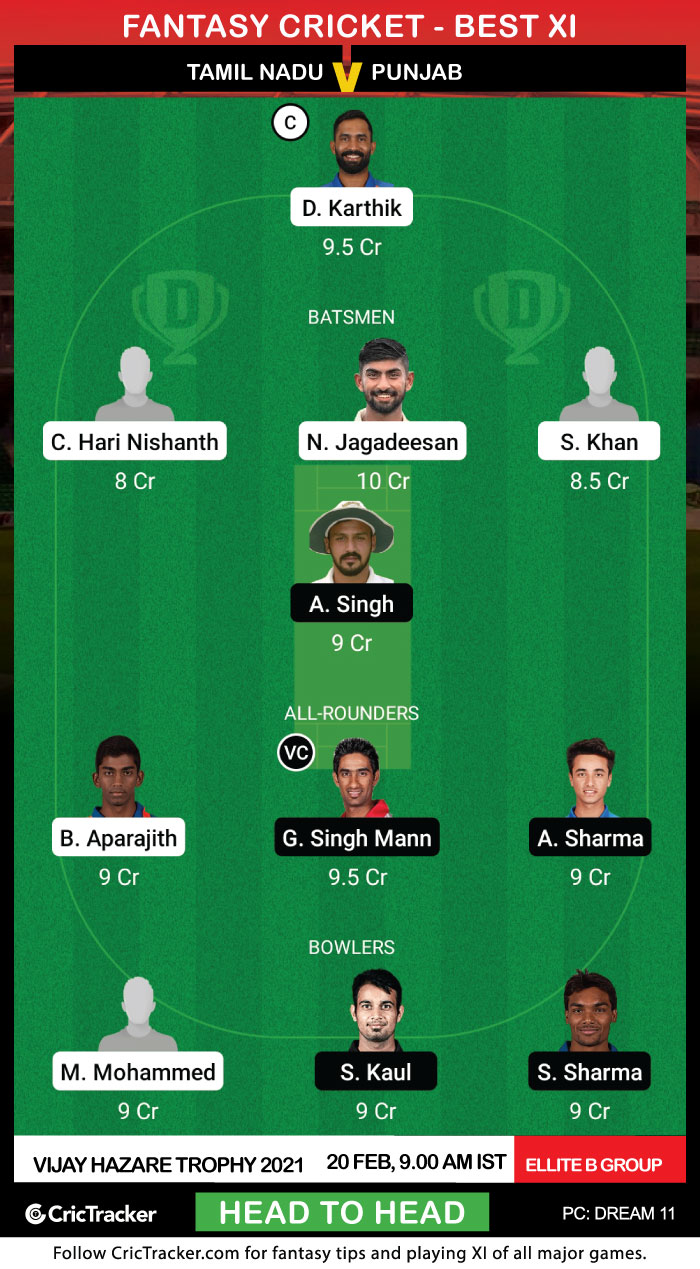 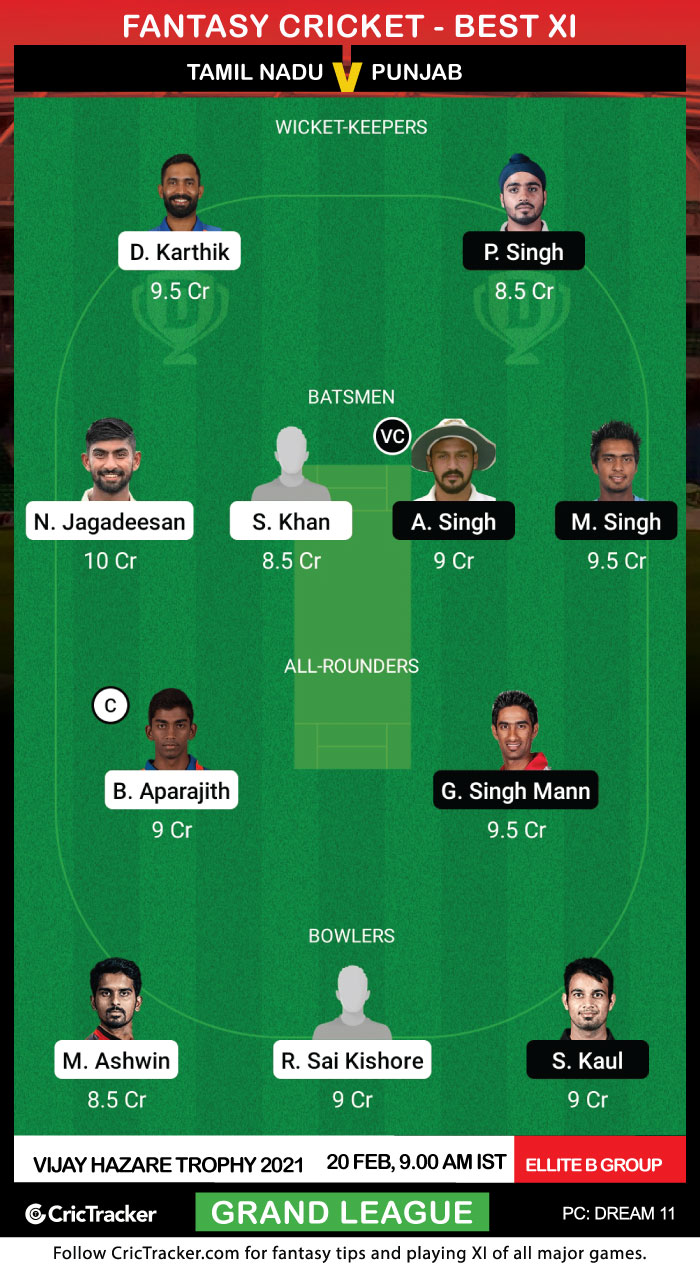 Shahrukh Khan and Murugan Ashwin are the budget players who can be a very handful with the bat and bowl respectively. Both are immensely talented cricketers and can be picked in your Dream11 fantasy teams.