Highveld Lions are expected to be triumphant against Warriors.

The Cross Pool match of the CSA 4-Day Franchise Series will be played between Warriors and Highveld Lions at St. George’s Park, Port Elizabeth.

Warriors will take on Highveld Lions in this Cross Pool match of the CSA 4-Day Franchise Series. In the three games these two teams have played in this series, the Warriors have managed to win only one while they have lost the other two. Highveld Lions, on the other hand, have had all three possible outcomes – a win, a loss, and a draw, in their three games.

Both the teams are coming into this game with a win in their respective previous games and have momentum on their side. Having finally opened their accounts, they will be looking to carry the winning momentum forward. This should be an interesting battle between the two sides over the next four days.

It will be a cloudy day in Port Elizabeth but there is no chance of rain. The weather will remain good for the next three days as well. The temperature will hover around 20 degrees Celsius on all four days.

The track at St. George’s Park favours the bowlers. The only game that happened here this season was low scoring and as many as 32 wickets fell across 4 innings and 241 overs.

Temba Bavuma, Rassie van der Dussen, Reeza Hendricks, Beuran Hendricks, Glenton Stuurman, Lutho Simpala, Bjorn Fortuin are not available for this game as they are with the South African squad against England.

Dominic Hendricks, the Lions Captain, has amassed 293 runs in 5 innings at an average of 58.60. He has struck 2 centuries.

Mathew Breetzke has piled up 240 runs at an average of 48. Like Hendricks, he also has 2 fifties to his name.

Marco Jansen has picked up 12 wickets in just 2 games, with the best bowling figure of 4/66. 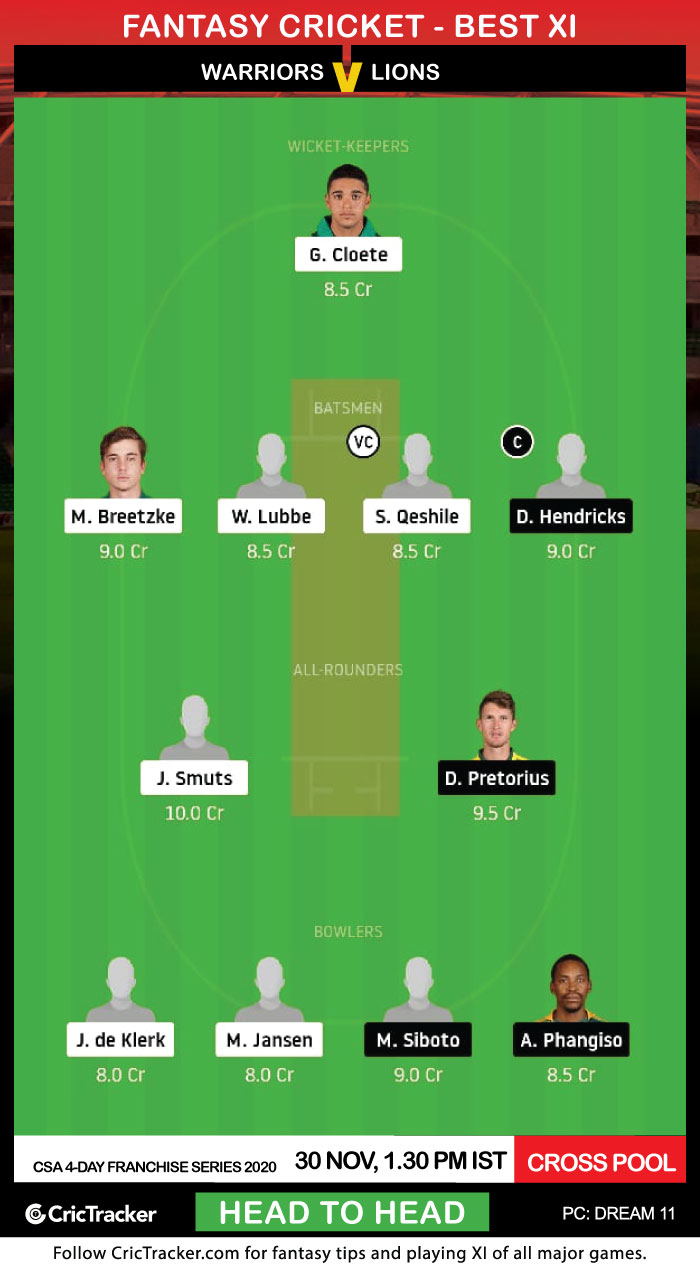 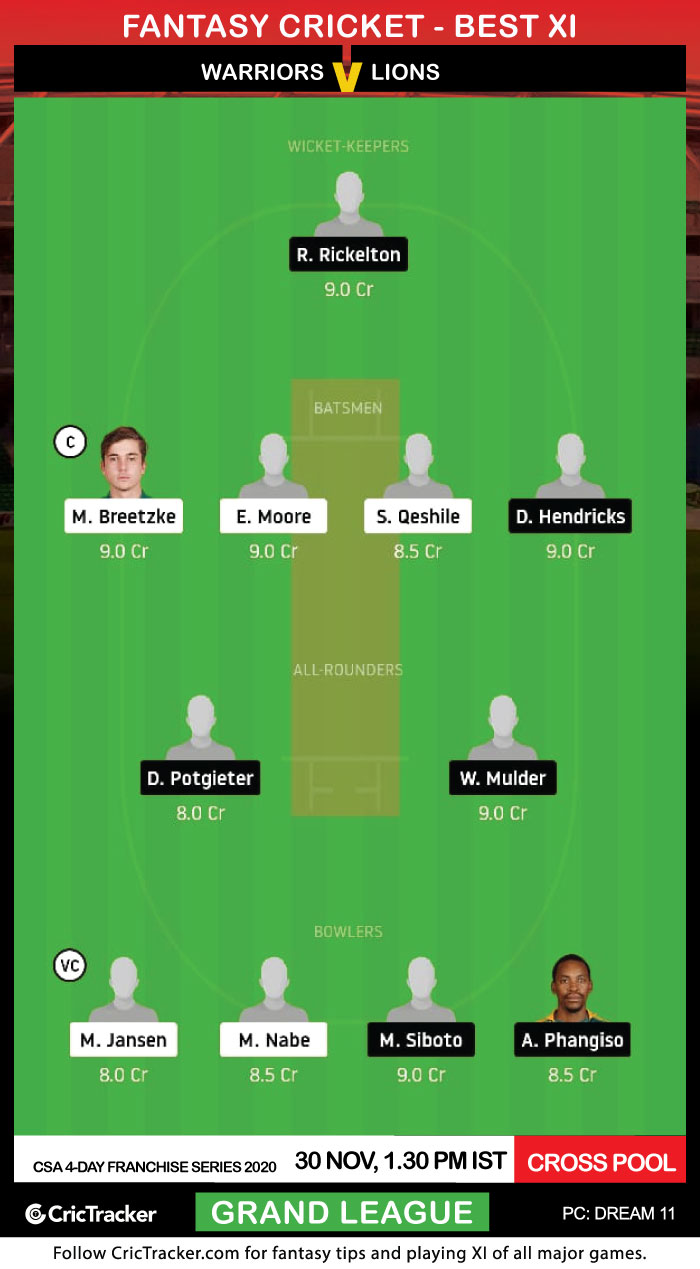 It is advisable to have more bowling options in your Dream11 Fantasy teams for this game.