The 4th match of the Sheffield Shield 2020/21 will be played between Western Australia and New South Wales at the Park 25 No.2 in Adelaide on Monday.

After registering a magnificent victory by 205 runs in their first match, the Western Australian team will aim to continue their winning momentum in the Sheffield Shield 2020-21. Playing against South Australia, Western Australia took a giant first innings lead and then sealed the deal with a clinical bowling performance. Ashton Agar scored a century in the first innings and followed it up with six wickets in the match.

The skies will be mostly sunny throughout the course of the match in Adelaide. The temperature will loom around 18 degrees Celsius, while there is a prediction for heavy rainfall on Friday.

There is not much information available about the wicket at the Park 25 No.2 in Adelaide. Expect the pitch to assist the batsmen and the fast bowlers like the other Aussie wickets.

Ashton Agar scored 114 runs and picked up a five-wicket haul in the first match. He also took a good catch.

Moises Henriques will be the all-rounder to look out for from the New South Wales team. He has a batting average of over 30 in First-class cricket, whereas he has also picked up 114 wickets.

Shaun Marsh has been in fine touch in the domestic circuit. He recently scored 141 runs in the match against South Australia. 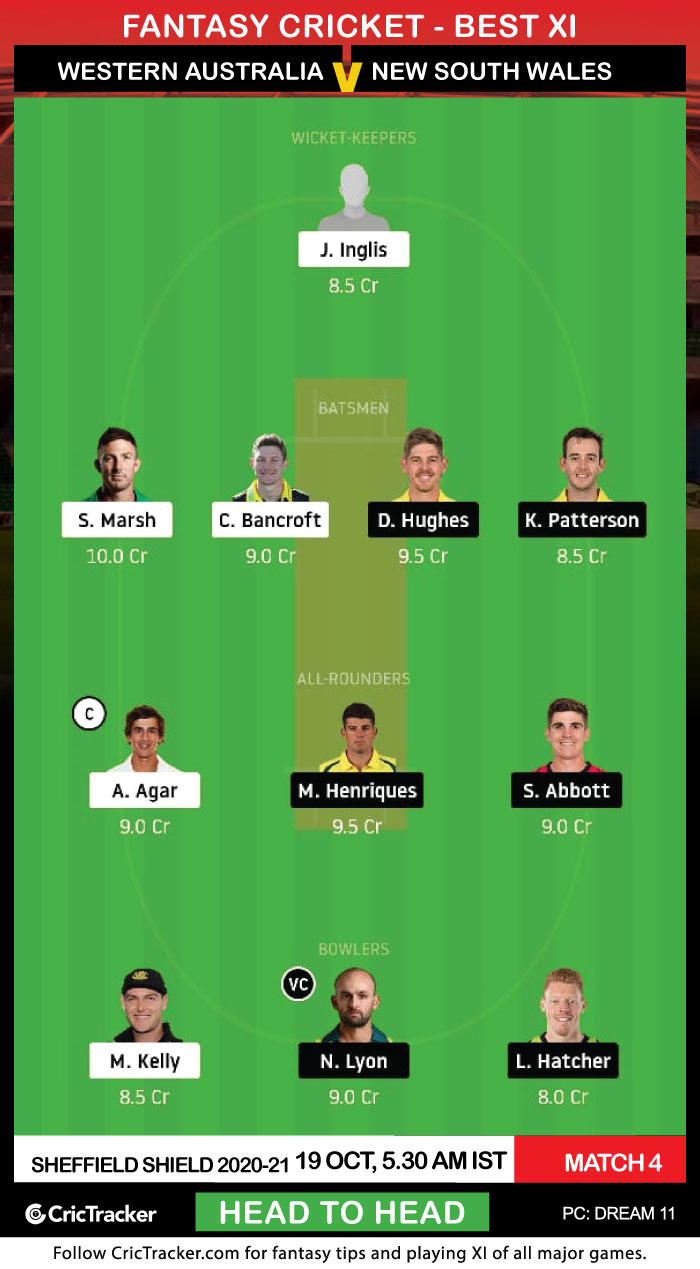 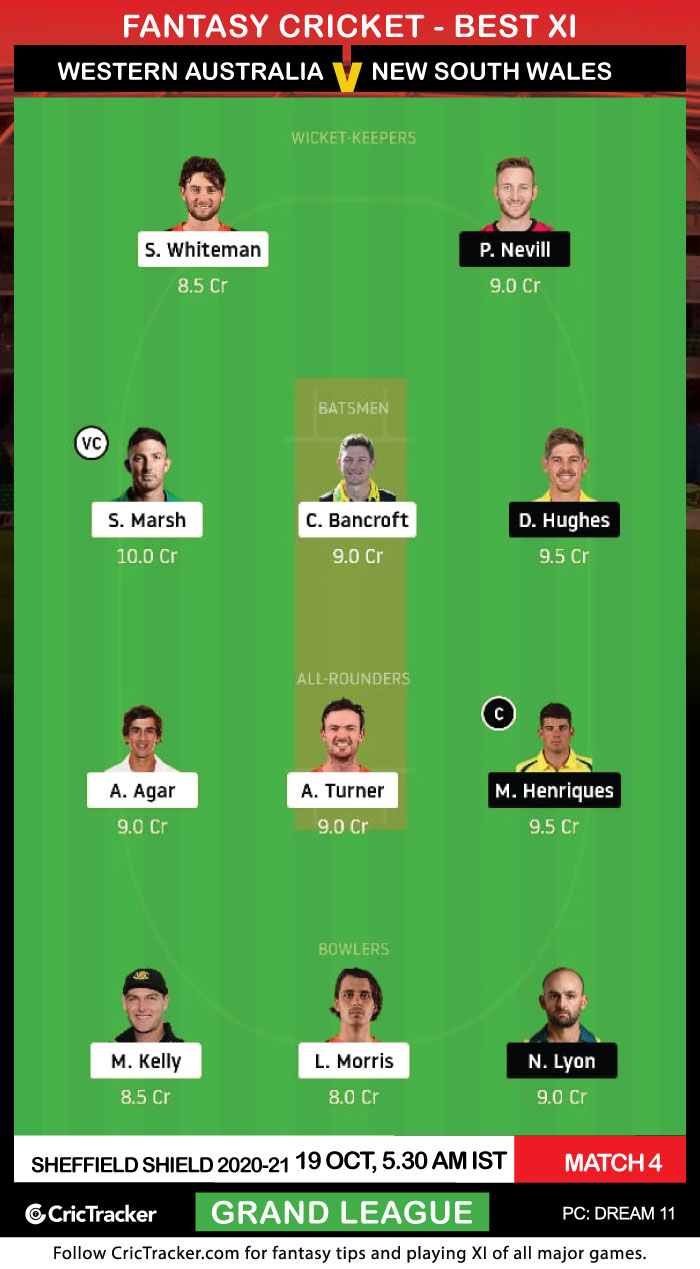 Nathan Lyon has performed exceptionally well on the Australian pitches. Looking at his recent bowling performances, it is advisable to pick him in both of your Dream11 Fantasy teams.

New South Wales are predicted to win this match.