Welsh Fire vs Oval Invincibles Prediction – Who will win today’s match between WEF vs OVI, The Hundred Men 2022, Match 5

Welsh Fire vs Oval Invincibles Prediction – Who will win today’s match between WEF vs OVI, The Hundred Men 2022, Match 5

Both teams will be hoping to open their account in the tournament.

The Sophia Gardens in Cardiff will host the fifth match of the Hundred as Welsh Fire will square up against Oval Invincibles. Welsh Fire, led by Josh Cobb in the absence of Jonny Bairstow, who pulled out of the tournament, suffered a damaging defeat in the opening match of the campaign against defending champions Southern Brave.

Meanwhile, Oval Invincibles are heading into the match after a narrow defeat in their opening game against London Spirit. Tom Curran and Danny Briggs played breathtaking cameos only to fall three runs short of the target.

Although it’s still early days in the tournament, both teams will be vying to open their account in the fifth match of the second edition of the Hundred in a bid to climb up in the table.

The surface at the Sophia Gardens is traditionally a good batting wicket as the ball comes nicely onto the bat, and the shorter boundaries around the square also make for an entertaining watch. The team winning the toss will opt to bat first on a batting-friendly wicket and set a daunting target for the chasing team.

The English all-rounder did not perform to his usual high standards in the first match but has been in sensational batting touch-off late and won’t be far away from making a mark in the crucial second match for the side. The southpaw has been promoted up the order after his magnificent output with the bat in the T20 Blast and County championship.

Reece Topley’s incredible resurgence in white ball cricket continued in the first match as he conceded just 26 runs in his 20 balls, scalping a wicket. The tall left-arm pacer has been a nuisance with the new ball and continues to impress with his accuracy. 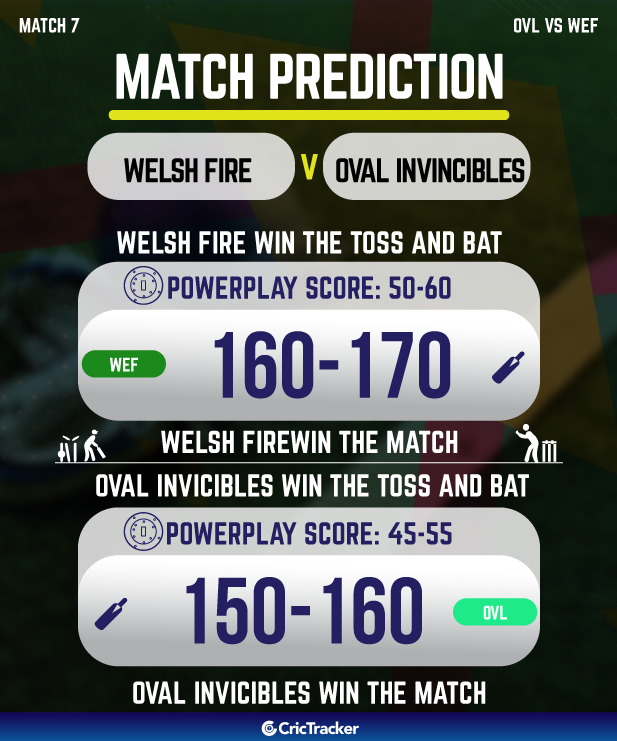