Australia and West Indies recently took part in a rather one-sided T20I series. The hosts won the series 4-1 and could have inflicted a whitewash as well had Andre Russell played a tad better in the fourth T20I.

It’s now time for the three-match ODI series to be played at the Kensington Oval in Barbados. The Aussies have already endured a blow after Aaron Finch has been ruled out due to an injury.

Alex Carey will don the captain’s hat in his place. The Caribbean team has had their difficulties in the 50-over format, but keeping in mind their recent form, they can fancy their chances against the Aussies.

The pitch at the Kensington Oval has been a decent one for batting over the years. Moreover, the team, batting second has tasted quite a bit of success. Hence, chasing should be the way forward. It will be interesting to see how the track behaves under the lights. The playing conditions will be sunny with the temperature in the mid and high 20 degrees Celsius.

Mitchell Marsh was outstanding in the T20I series where he ended as the leading run-scorer. He notched 219 runs from five matches at an average of 43.80 and a strike rate of 152.08. Although two of those three fifties came in losing causes, Marsh managed to grab the limelight. In ODI cricket, the right-hander has 1615 runs to his name from 60 games at an average of 34.36.

Josh Hazlewood is known for hitting the good length time and again, and not experimenting much with his bowling. In the T20I series, he picked up four wickets and conceded runs at only 7.73 per over. He is likely to get the new ball in his hands and is expected to give his side early breakthroughs. The fast bowler has 88 wickets in his kitty from 54 matches at an economy of 4.79. 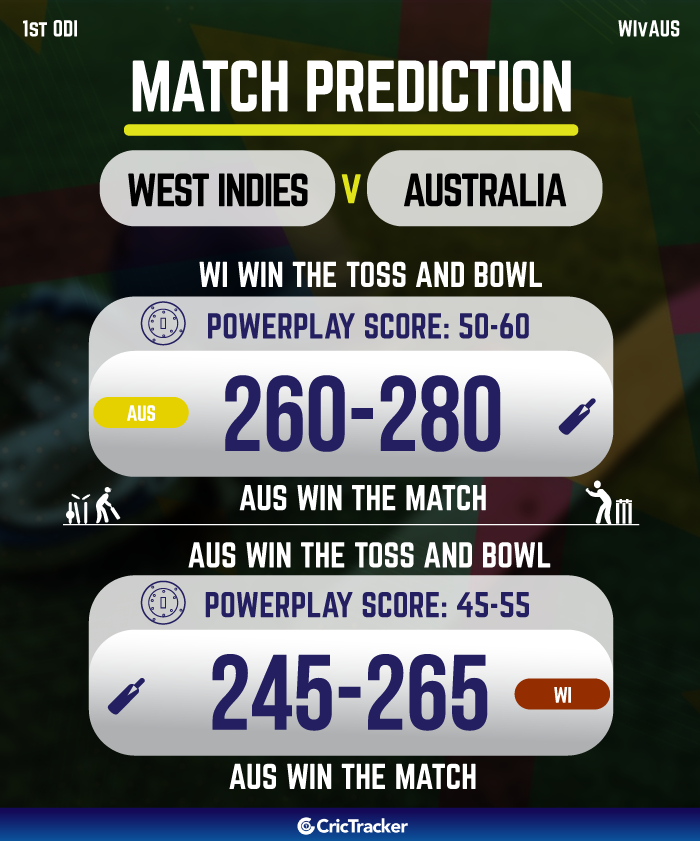