The hosts would be looking to bounce back after the 2-3 defeat at the hands of South Africa.

After their 2-3 defeat at the hands of South Africa, West Indies are set to face Australia in a five-match T20I series. The opening match is set to take place on Friday, July 9 at the Daren Sammy National Cricket Stadium.

Based on the rankings, the visitors seem to be the clear favourites. The Aussies are ICC’s no.5 ranked T20I team even as the hosts are ranked ninth. Prior to the series, Justin Langer, the Aussies head coach, talked about experimenting with their lineup.

He focussed on the preparations for the T20 World Cup in the UAE later this year. Kieron Pollard, the home team’s captain also said that it’s tough for his team to work miracles overnight.

The pitch in St Lucia has been a sporting one for batting in the 13 matches played thus far. However, it has favoured the batting second and hence, chasing should be the way forward for both teams.

The Aussies won’t mind bowling first as well, as they have the required skills in their armoury. There will be clouds during match-time, but with minimum chances of rain.

Matthew Wade has had a decent time with the bat since the T20I series against India last year. He got scores of 58 and 80, looking in good touch.

Though with a top score of 44, he wasn’t at his very best against New Zealand, the left-hander can be expected to make a comeback. Wade has also been stupendous over the years for the Hobart Hurricanes in the Big Bash League (BBL).

Mitchell Starc has had his fair share of injury concerns over the last 12 months or so. The left-armer has picked up 47 wickets from 35 matches. He is the kind of bowler, who can bowl at any stage of matches and show his class.

The speedster will be looking to reach the 50-wicket mark in the next match itself. Lower down the order, Starc is also capable of churning out some lusty blows. 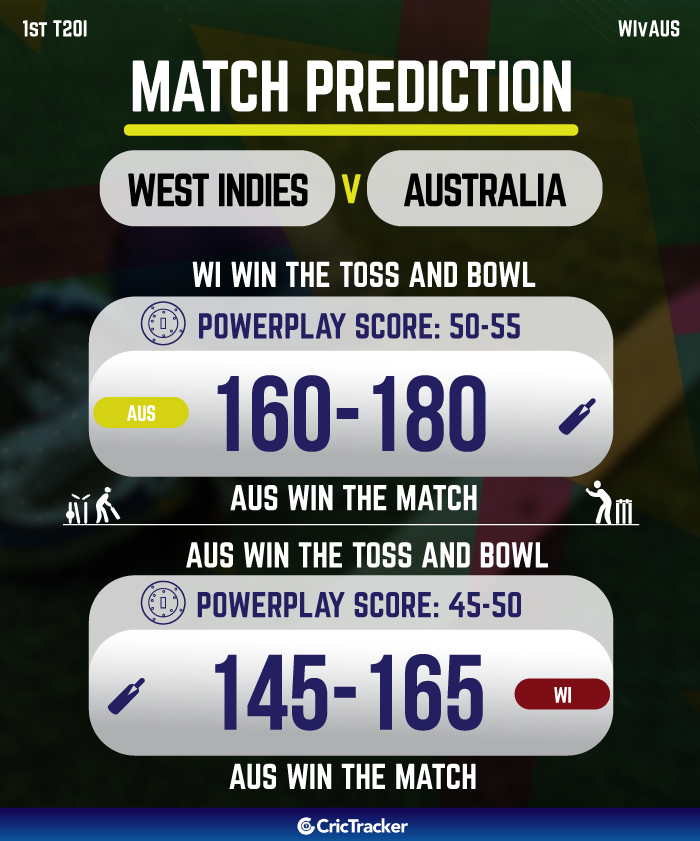