The hosts have already sealed the fate of the series.

West Indies have already taken an unassailable 3-0 lead in their five-match series against Australia. After the series defeat at the hands of South Africa, the Caribbean unit, well and truly, have been able to make a comeback. The hosts have been unstoppable thus far.

The Aussies, on the other hand, have looked lacklustre, to say the least. Their batters have been in awful touch and their bowlers haven’t been able to build enough pressure either. The visitors will now be looking to salvage some pride going ahead in the series.

The pitch in St Lucia has been a fairly good one for batting. Stroke-making hasn’t been all that tough by any stretch of the imagination. The spinners have also gotten a fair amount of assistance from the strip. Chasing should remain the way forward for both teams.

Chris Gayle wasn’t having the best of times in the T20Is that the Caribbean team was playing. However, in the third T20I against the Aussies, he showed his class, scoring 67 runs. He also became the first batter to amass 14,000 T20 runs and is in impressive form.

Hayden Walsh, without a shred of a doubt, has been the standout bowler in the series. He has picked up eight wickets thus far as has been a thorn in Australia’s flesh. Moreover, he is also the frugal bowler for the hosts with an economy rate of 5.83. 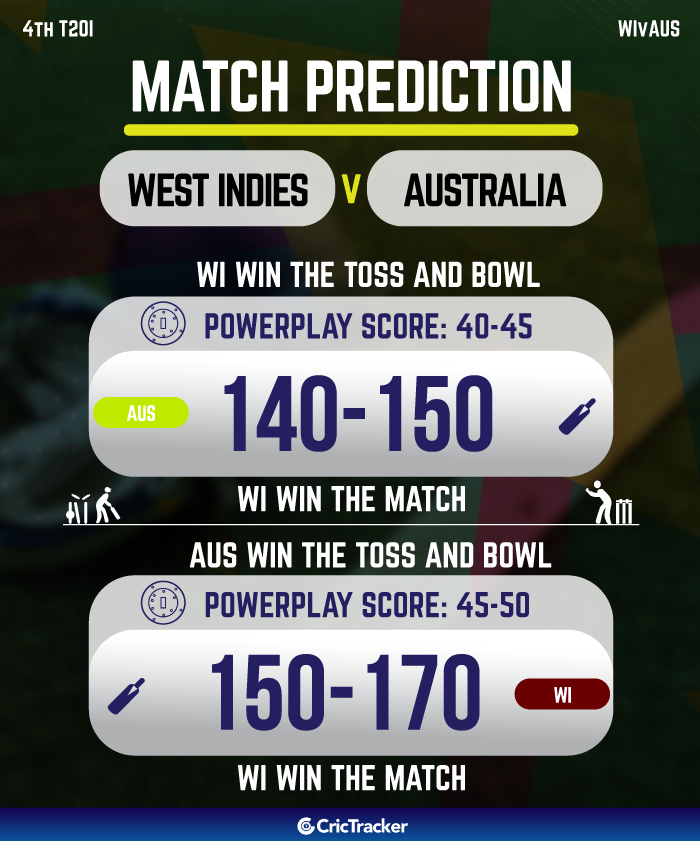