Both the teams have made a few changes to their squad. 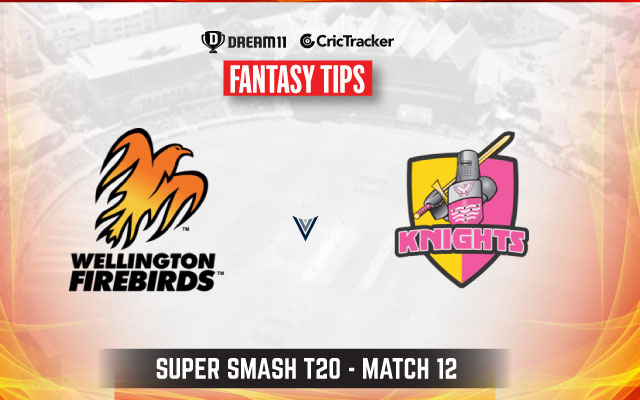 The 12th match of the Super Smash 2010-21 will be played between Wellington Firebirds and Northern Knights at the Basin Reserve, Wellington.

Wellington Firebirds will take on Northern Knights in the 12th match of the Super Smash 2020-21. The Firebirds have been in tremendous form winning all three of their matches. They are comfortably placed at the top of the table and will look to inch a step closer to the knockout stages.

The Northern Knights haven’t been able to perform together as a group and have failed to win matches. In the four games they played, they have lost three and managed to win just one game. They are currently placed fifth and would look to turn things around.

It will be mostly sunny in Wellington with the temperature being 19 degrees Celsius. The humidity will be high and the chances of rain are almost nil.

The track at Basin Reserve has been good for batsmen. There is even bounce and the ball comes on to the bat nicely. And with small boundaries, scoring runs is easier.

176 (Only game played at this venue this season)

Finn Allen has mustered 155 runs at a staggering strike rate of 191.35. He averages 77.50 and is the mainstay of Wellington’s batting line-up.

Devon Conway recently made his New Zealand debut. The left-hander is in good form and has scored 80 runs from 2 innings.

Tim Seifert has scored 153 runs from 4 innings. Although his strike rate has been on the lower side, he averages a solid 38.25. 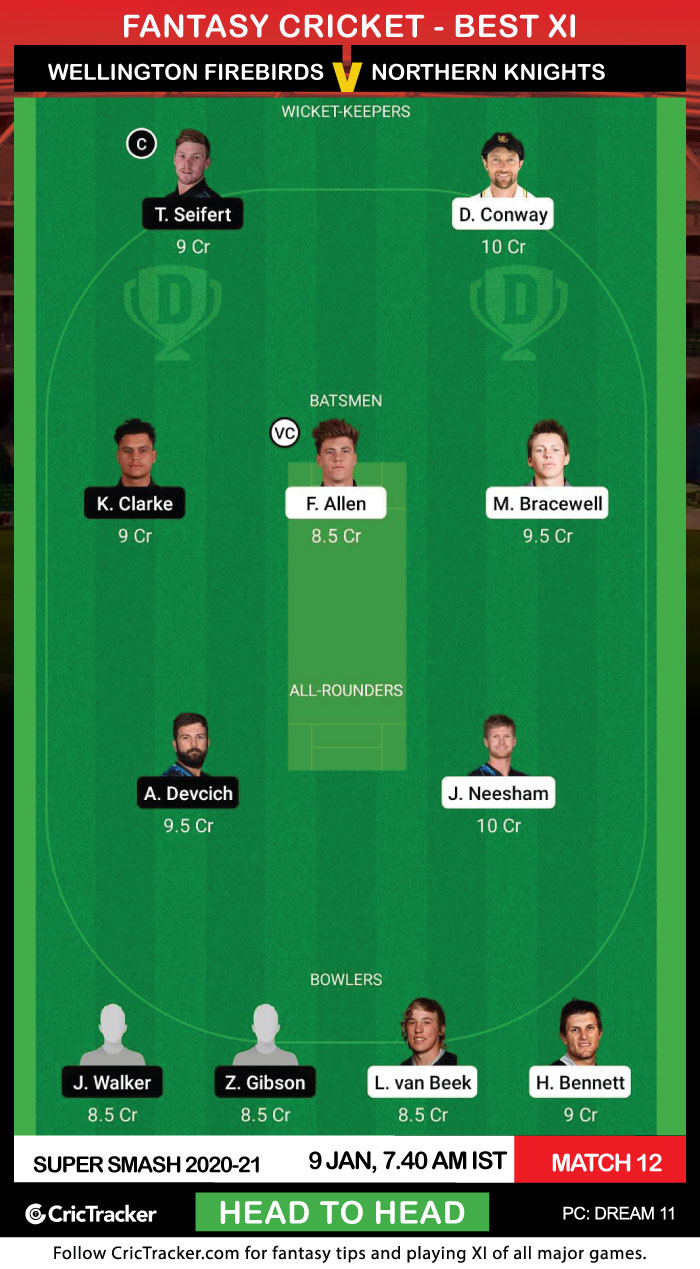 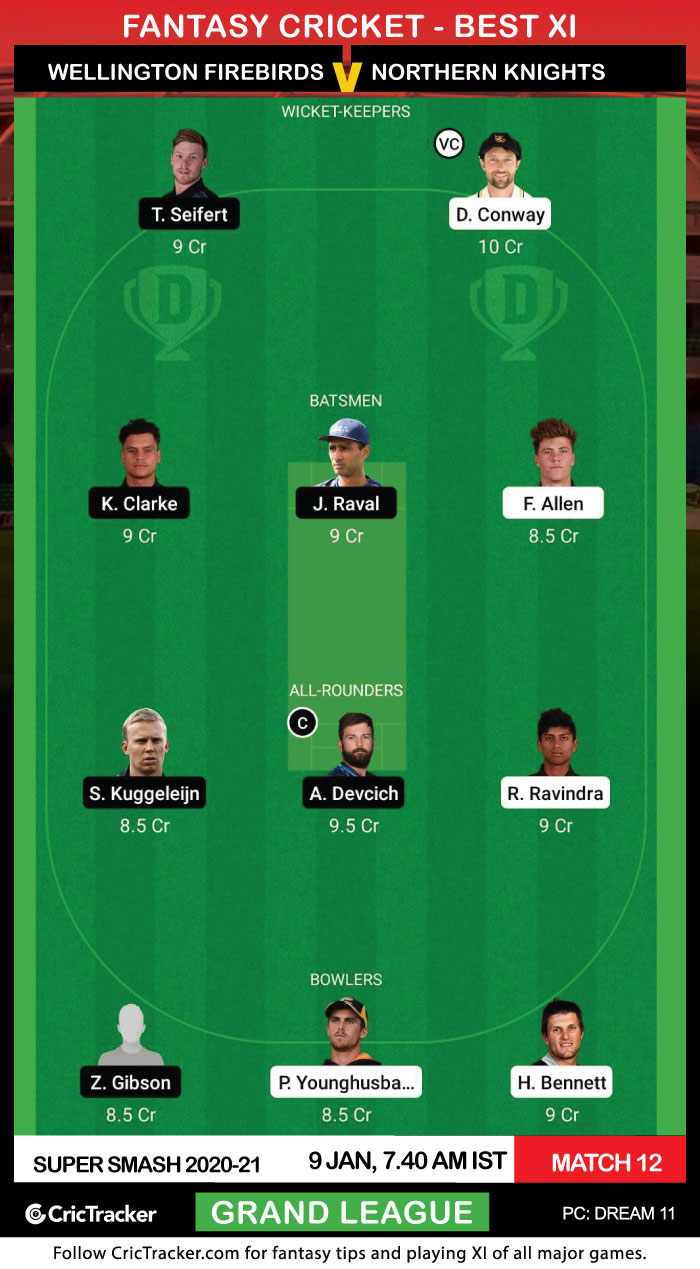 There are a few changes in the squads for both teams. Therefore, it is advisable to check the Playing XI once it is out and then join any contest.