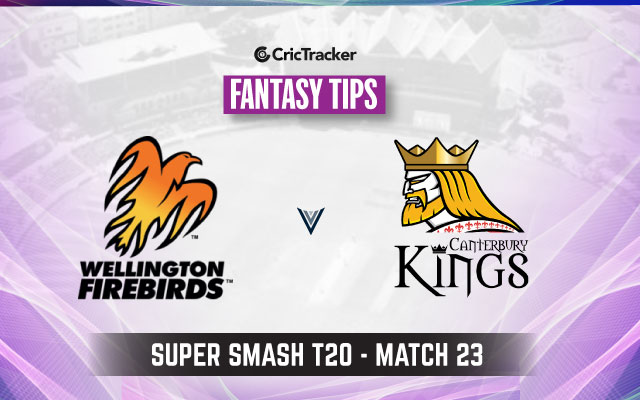 The 23rd match of the Super Smash 2020-21 will be played between Wellington Firebirds and Canterbury Kings at the Basin Reserve, Wellington.

The 23rd match of the Super Smash season will see the Wellington Firebirds take on Canterbury Kings. The Kings are the only team to have beaten the Wellington side so far this season. They are placed third in the points table with five wins and will be keen on repeating their earlier heroics. The Firebirds, on the other hand, are still unbeaten at home and are the strongest side in the tournament.

It will be a sunny day on Monday and there is no chance of rain whatsoever with the temperature likely to be around 20 Degrees Celsius.

Basin Reserve offers probably the best batting pitch and the ball has come nicely on the bat this season. The team winning the toss is expected to chase.

Finn Allen has scored 353 runs at an SR of 194 and an average of 70.60. Michael Bracewell has mustered 147 runs and also picked four wickets. Ben Sears picked four wickets in the last conceding only 21 runs. Daryl Mitchell has hammered 195 runs apart from picking up seven wickets. Cole McConchie is another top pick with 179 runs to his name alongside four wickets. 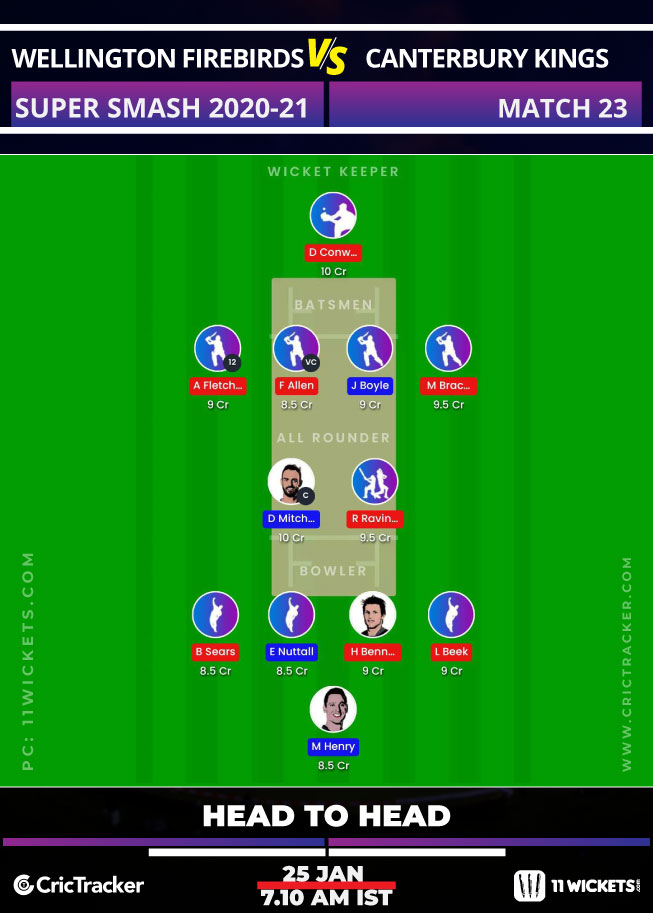 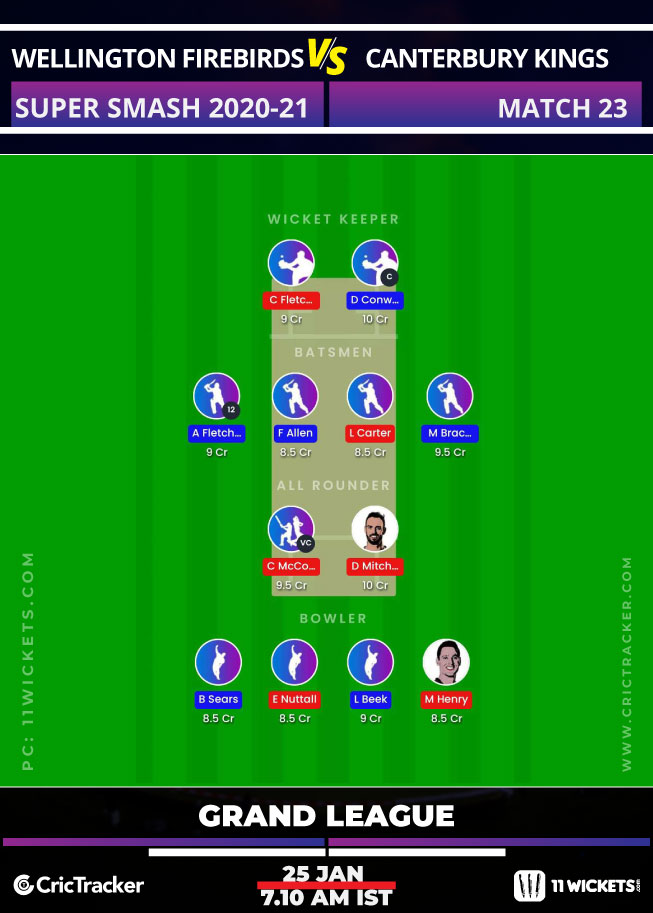 Michael Bracewell has been batting well and is consistent this season. He can be made captain of your Fantasy team, especially in Grand Leagues.