Sri Lanka spinners have got the best out of the pitch. It is advisable to take all of them in your Dream11 fantasy team. 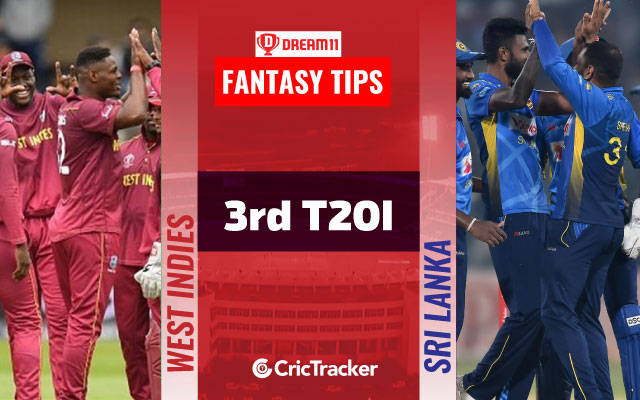 The 3rd match of the 3-match T20I bilateral series between West Indies and Sri Lanka will be played on 8th March at Coolidge Cricket Ground, Antigua.

West Indies are hosting Sri Lanka at the Coolidge Cricket Ground for the final T20I of the 3 match series. It has been a perfect series for the cricket fans with both teams trying to best to get their form back. West Indies won the first game, which was packed with entertainment as we got to see a hat-trick and six sixes in an over in that game. However, they suffered a defeat in the second T20I. Overall, the West Indies team are an unpredictable lot, but they are expected to bounce back in the final T20I.

On the other side, Sri Lanka finally broke their losing streak in T20I in the last game. Their spinners bowled majestically in the 2nd T20I. As for batting, Danushka Gunathilaka and Pathum Nissanka took them to a very good score from which they never looked behind. After winning the second match they must be high on confidence and would try to capitalize on that

It will be partly cloudy during the evening time on match day. The temperature will drop from 29-degree Celsius to 26-degree Celsius by the time the match ends. There is no chance of any precipitation as well.

The pitch at the Coolidge Cricket Ground is a good one to bat on. The Sri Lankan spinners have been blazing fire on it but the Sri Lanka batters have shown that it is a good pitch to bat on. Overall, this is a good T20 pitch and anytime above 150 will be difficult to chase.

145 (Considering matches played in this series at this venue)

Wanindu Hasaranga was the star with the ball in the last match, as he picked up three wickets and changed the match completely. He is currently the highest wicket-taker in the series.

Danushka Gunathilaka scored a brilliant half-century in the last game. He opened the innings and scored a 42-ball 56.

Alongside Gunathilaka, Pathum Nissanka also played a key role to set a target of 161 for the Windies. Nissanka is currently the top run-scorer in the series and is expected to score some runs in the decider as well.

Kieron Pollard is a top pick for this match. He hit six sixes in an over in the first game and is expected to play a key role in the decider. Overall, he is the third-highest run-scorer in the series and has scored at a strike rate of above 196.

Lakshan Sandakan played only the last game and already picked three wickets. He is a candidate for budget pick.

Akila Dananjaya might be on the news because of being on the receiving end of six sixes, but he is the second-highest wicket-taker in this series. The spinner has scalped 4 wickets.

Dwayne Bravo has picked up three wickets in this series. While he is batting a bit down the order, Bravo can hit the ball into the order if the need arises. 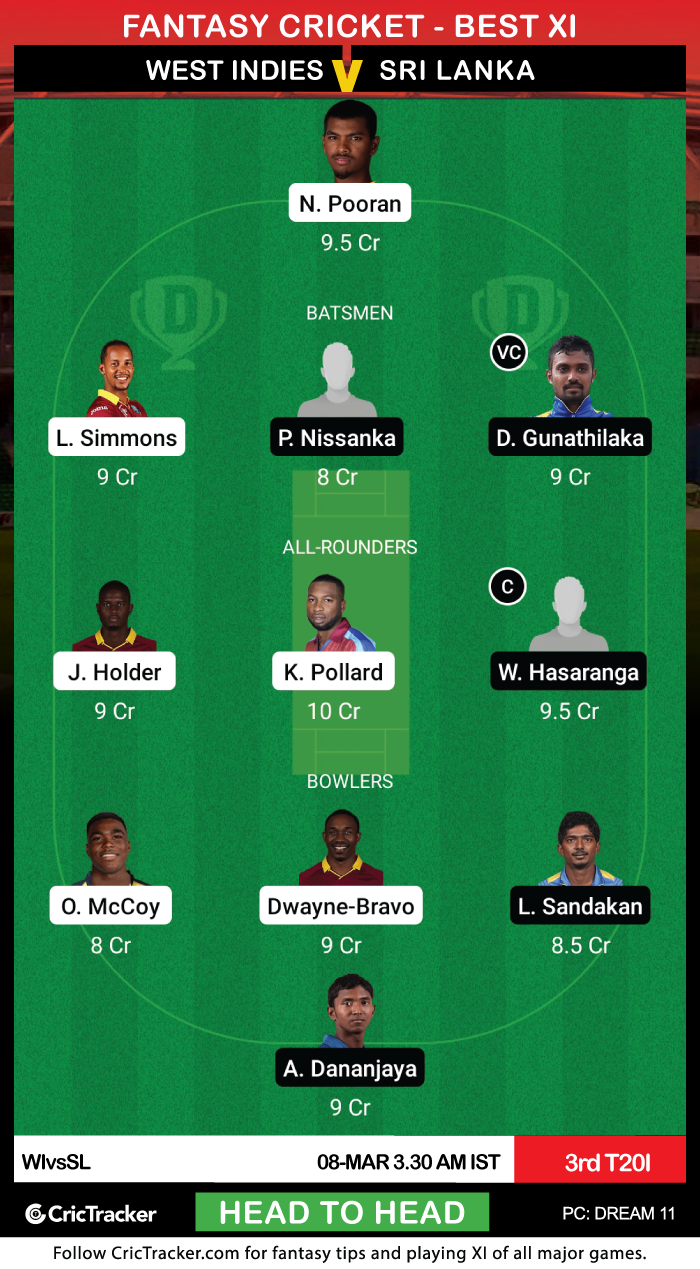 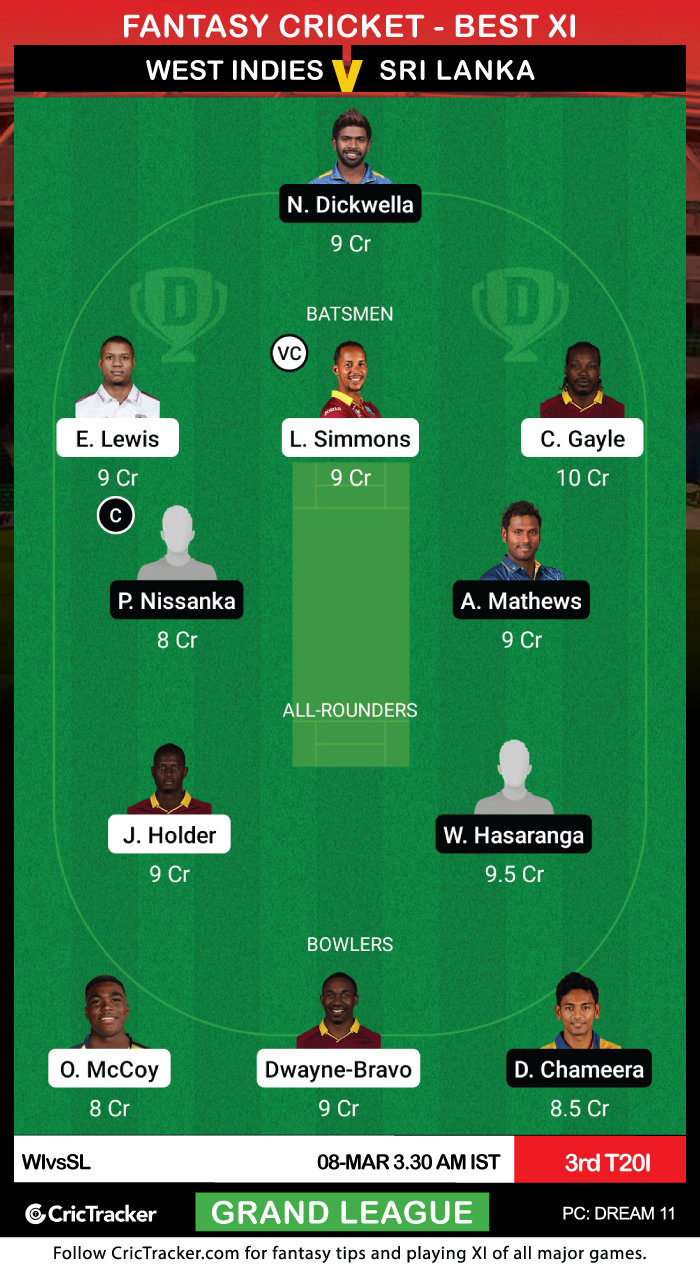 Sri Lanka spinners have got the best out of the pitch. It is advisable to take all of them in your Dream11 fantasy team.

Sri Lanka’s are expected to win this match.