Can England win the World Cup for the first time?

The team that first played an ODI, England, has never won a Cricket World Cup till date. They have featured in every edition of the prestigious tournament and never managed to go the distance. Their best performance in the event came in 1979, 1987 and 1992 where they finished as the runners up. However, since then, they have never managed to get past the quarter-final stage.

In 2015, they exited the tournament in the group stages itself which led to a massive disappointment. Thus, the England Cricket Board (ECB) took some massive calls after the tournament. They decided to revamp the team completely and added an aggressive flare to the side. In the four years, things have changed around completely for England and they are the hot favourites to win the title.

Jofra Archer to be included?

This is easily England’s best chance to win a World Cup. They begin their quest with the warm-up matches against Australia and Afghanistan. The first World Cup game will be played against South Africa followed by Pakistan. England’s toughest games of the tournament will be against India, Australia while New Zealand is also expected to give a tough competition.

However, the biggest question for England is about the inclusion of Jofra Archer. He could be a great strength to the team if he is inducted into the squad. Archer has been selected in the team for the series against Pakistan. If he performs well, then there is a possibility that he’ll be added. The rest of the squad for the hosts is pretty much on the expected lines. 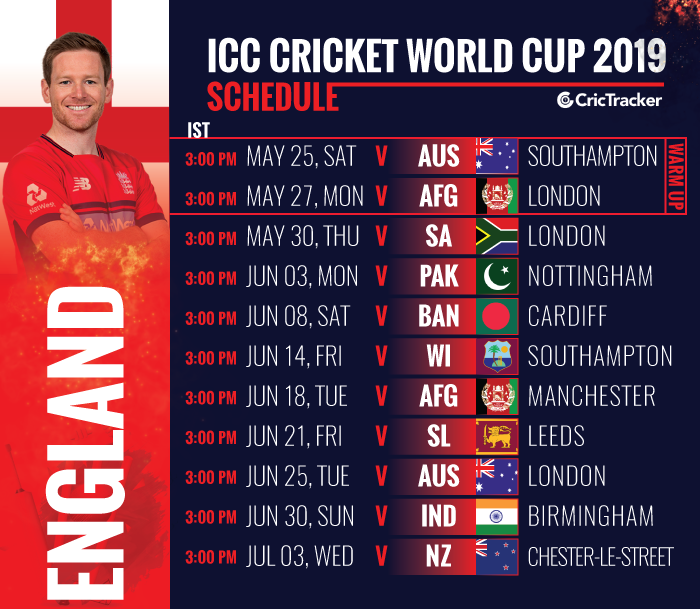