Can Zimbabwe go one step ahead and win the series? 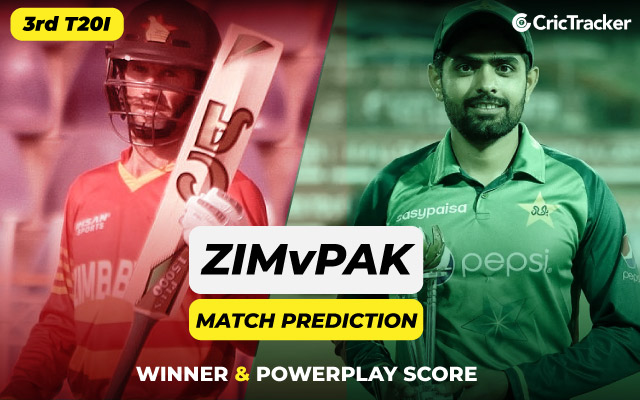 Zimbabwe scripted history on Friday, April 23 after they beat Pakistan by 19 runs in the second T20I at the Harare Sports Club, Harare. It was also the African nation’s maiden victory over the Men in Green in the shortest format after 15 losses.

After getting restricted to 118, Brendan Taylor and Co, defying the odds, bundled the former no.1 ranked T20I team out for a mere 99 in their 19.5 overs. The third and final T20I is the decider and it’s set to be played on Sunday, April 25 in Harare itself.

Pakistan would be looking to sort their batting woes as in both games thus far, their batters strained. Barring Mohammad Rizwan and Babar Azam, the rest of the batsmen haven’t stepped up. As far as Zimbabwe are concerned, they would be hoping to replicate their performance from the last match.

The pitch in Harare hasn’t been an easy one for batting. Runs have been hard to come by and the bowlers have churned out wickets at healthy economy rates. Batting first should be the way forward.

The chasing teams have lost 17 out of 25 matches at the venue. There are chances of rain around 10 AM and hence there could be interruptions. The temperature will be around 23 degrees Celsius.

Babar Azam has been a fulcrum of the Pakistan team in the T20 format. After making hay in the series against South Africa, the Lahore-born has somewhat strained to find his feet against Zimbabwe.

In the first game, he got out in the single digits. In the second, he scored 41 runs at a strike rate of 91.11. He could never find any rhythm and perished to fast bowler Luke Jongwe.

Luke Jongwe has been the standout bowler thus far in the series from either side. In two encounters, the fast bowler has picked up six wickets at an economy rate of 6.14.

In the previous match, he got the Player of the Match award as he nipped out four wickets at an economy rate of 4.70. In the opening game, he also showed his prowess with the bat and has also hit a couple of sixes. 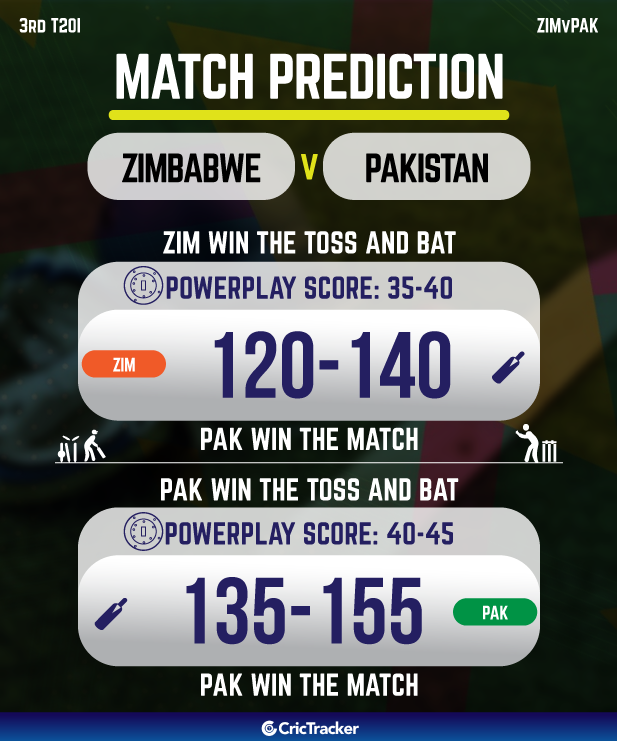