Samit Patel has accumulated 80 runs from 5 games and also picked 3 wickets with the ball.

After losing four consecutive matches, Northern Warriors tasted their first win in this tournament against Chennai Braves by 19 runs. However, they have struggled a lot in the initial phase of the competition and should look to win the remaining games. They occupy the fifth spot with 2 points.

It’s a typical chasing venue and there would be no room for error for the bowlers especially in the second half of the match. It’s a batter’s paradise, where they can switch to top gear from the ball one. Going with the flow, whoever wins the toss should bowl first.

Rahmanullah Gurbaz has been the highest run-getter for Delhi Bulls in the ongoing tournament. He piled up 94 runs from 5 matches at an average of 18.80, with a strike rate of well above 190.

Romario Shepherd has come out of the syllabus in the last match against Team Abu Dhabi. He scored a quickfire 39 off just 11 balls, which included 3 boundaries and 4 sixes.

Moeen Ali is doing his job well so far in this tournament with his sensible hitting. He has notched up 114 runs in 5 matches at a strike rate of 200.

Abhimanyu Mithun is the other must-have player in your fantasy teams. He has picked up 5 wickets after getting featured in 5 matches. 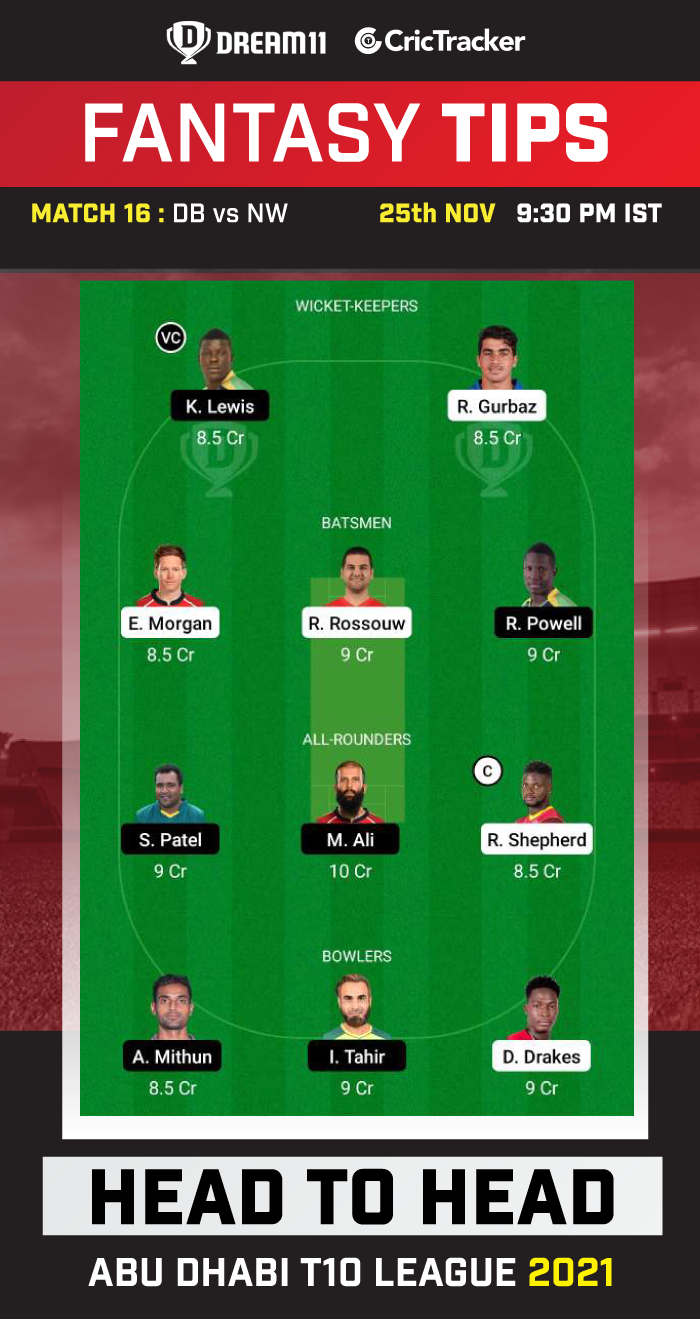 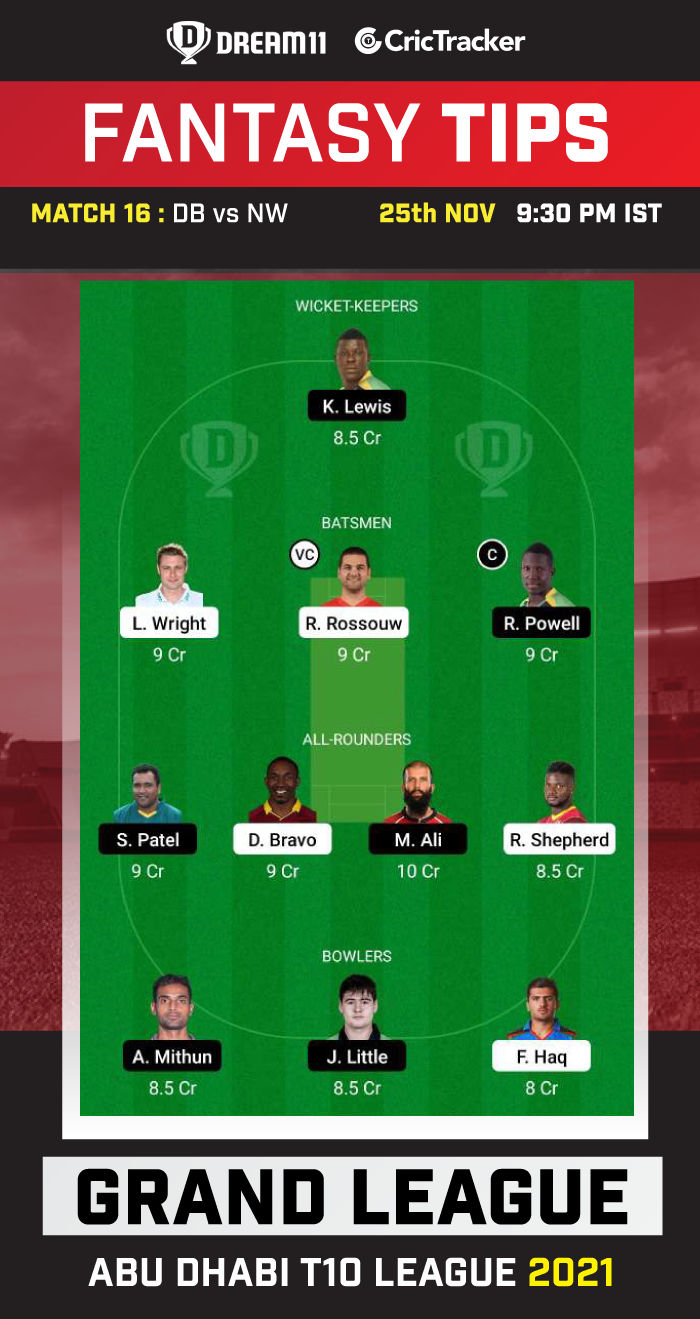 Samit Patel has accumulated 80 runs from 5 games and also picked 3 wickets with the ball. It’s worth a risk and you can pick him as your fantasy team skipper.

Dwayne Bravo has struck 54 runs in 5 matches and picked up a wicket as well. Considering his decent all-round performances, he is a risky captaincy pick for your fantasy teams.

Ravi Rampaul has gone plenty of runs in this tournament. He has picked up only one wicket at an economy of 12.25. it’s better to avoid him while making your fantasy teams.