Armed Police Force Club are expected to start their campaign by beating Providence 1.

The 2nd match of the Prime Minister Cup 2021 will be played between the Armed Police Force Club and Providence 1.

In the second match of the ongoing edition of Prime Minister Cup, Armed Police Force Club will lock horns with Providence 1. The former had a good time in the last edition of this competition, as they finished second in their group.

However, Nepal Police Club got the better of them in the semi-finals. On the other hand, Providence 1 had a very difficult season last time around. They won only one group stage game and hence finished fourth in their group. They will be eager for a better overall season this time and a win in their first game will certainly help them in getting closer to their goal.

It will be sunny-yet-cold in Kirtipur tomorrow. The temperature will be around 11 °C, while the chances of rainfall are nil.

Tribhuwan Army Club showed in the first game that the pitch has a lot of runs, but their bowlers were also very successful. Hence, batsmen will need to spend some time to acclimatize before they can push the accelerators.

Pradeep Airee was in sublime touch for Armed Police Force Club in the last season of this competition. He scored 162 runs at an average of over 40.

Sumit Maharjan was also very consistent with the bat for Armed Police Force Club. He amassed 120 runs at an average of nearly 25.

Amar Singh Routela can be influential with both bat and ball. He picked up 4 wickets in the last edition and also scored 34 runs.

Skipper Siddhant Lohani was the most consistent performer with the bat for Providence 1 in the last season. He scored 71 runs at an average of over 35.

Also Read – T. Natarajan’s story is a stuff dreams are made of, feel delighted for the young man’ – Virender Sehwag congratulates the lucky pacer 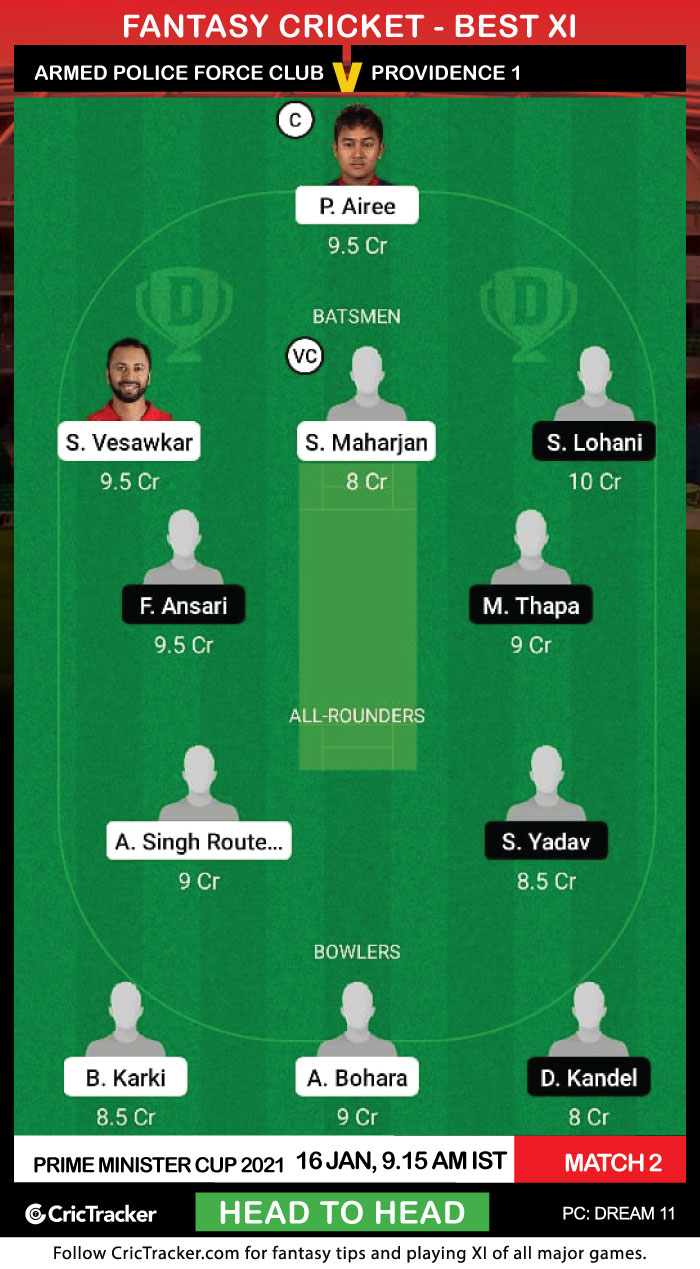 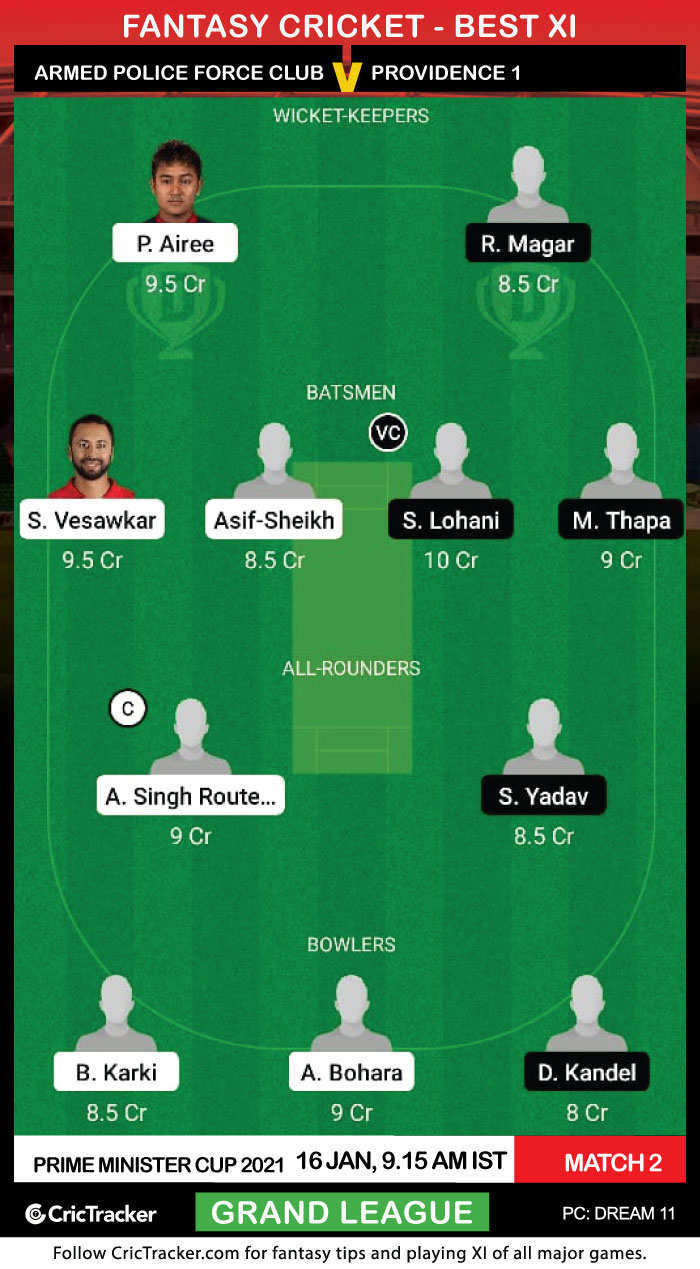 Dipesh Kandel picked up 5 wickets in the last edition and also maintained an economy rate of just over 4 runs per over. He can be a great budget pick at merely 8.0 Cr.