The 2nd match of the Women’s National Triangular T20 will be played between PCB Blasters and PCB Challengers at the Rawalpindi Cricket Stadium, Rawalpindi.

The PCB’s Women’s National Triangular T20 Championship for the 2020 season got underway successfully on Sunday in Rawalpindi. PCB Blasters were defeated by the PCB Dynamites in the inaugural match of this edition. Blasters failed to give a quickfire start to their innings on a pitch that looks like a batting deck.

However, Aliya Raiz finished well at the end but wasn’t enough to get an unachievable score. On the other side, PCB Challengers will play their first match of the campaign. They aren’t familiar with the conditions but will try to execute their plans on the basis of the first match of Blasters. They played the final against Blasters last season and are expected to give another thrilling match to start their campaign.

The weather forecast shows the possibility of a shower during the match. The sky will continue to be cloudy. The temperature will be around 16 degrees celsius.

The pitch at the Rawalpindi Cricket Stadium has been perfect for batting. Anything below 150 is easy to chase for the team batting second.

Javeria Rauf was the second-highest run-scorer for the Blasters last season. She scored 143 runs at an average of 28+.

Anam Amin was the highest wicket-taker in the last edition of the tournament. She took 7 wickets at an ER of 4.8 last season.

Muneeba Ali was the highest run-scorer of the tournament last season. She scored 292 runs at an average of 58.4. 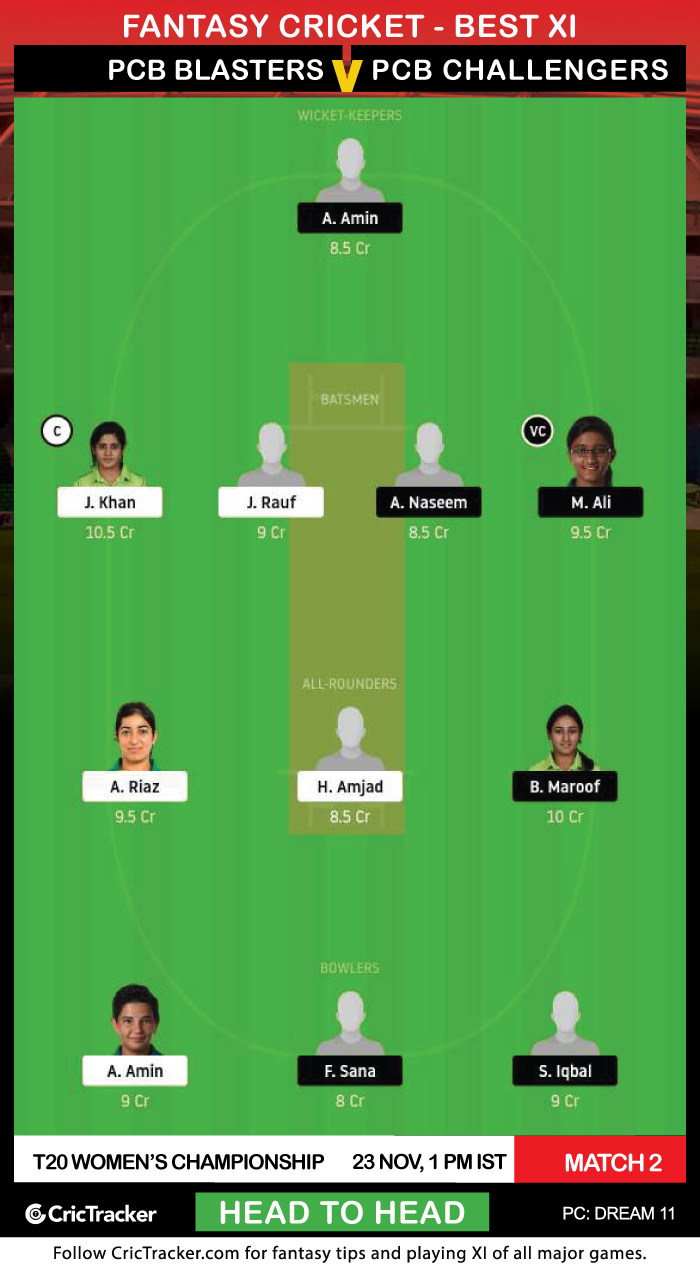 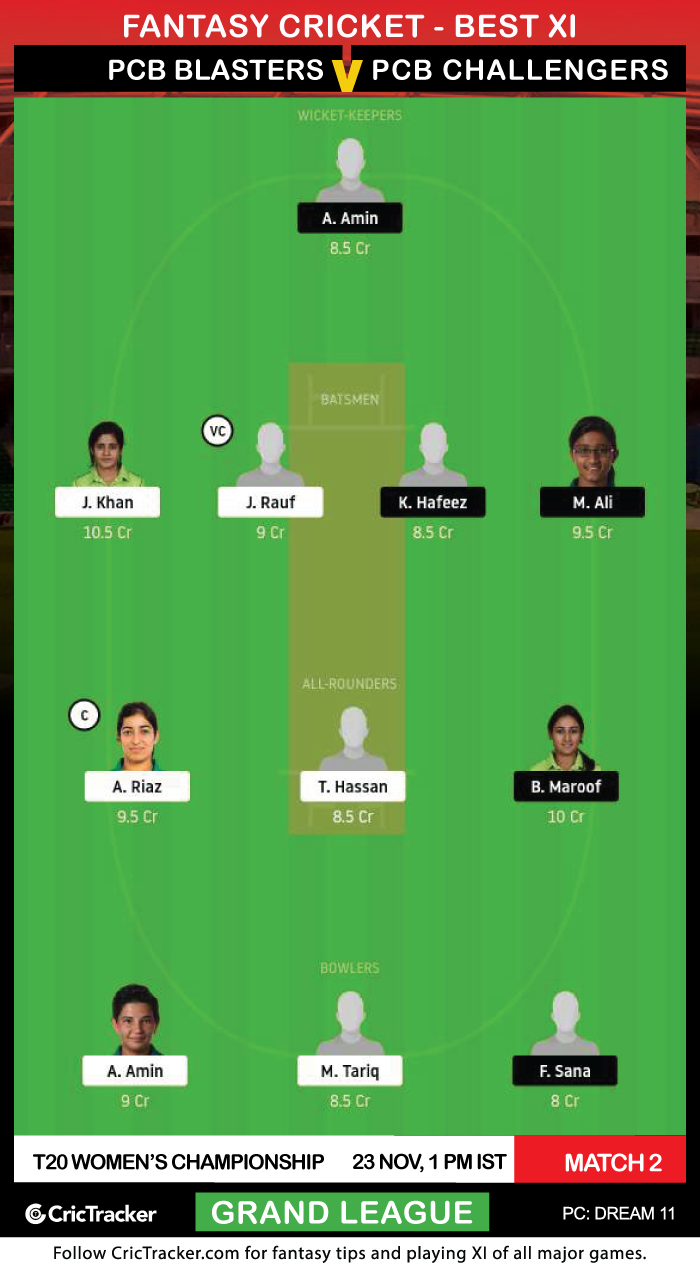 Javeria Rauf scored a brilliant half-century against the Challengers in the last edition of this tournament.

Bismah Maroof scored a 47-ball 62 against the Blasters last time.

PCB Challengers is expected to win this match.