Aliya Riaz is yet to get dismissed in this tournament, while she is striking at a rate of 164.1 in 2 matches she has played. She must be included in your Dream11 fantasy team.

The 5th match of the Women’s National Triangular T20 will be played between PCB Challengers and PCB Blasters at Rawalpindi Cricket Stadium, Rawalpindi.

The match is scheduled to start at 12:30 PM local time (1:00 PM IST) and will be streamed on Pakistan Cricket Youtube Channel.

PCB Challengers and PCB Blasters will face other in the 5th match of the Women’s National Triangular T20 on Saturday. Since both their matches were washed out due to rain, the Challengers are waiting for their first match to play in this tournament. Though the matches were abandoned they got 2 important points and currently are at 2nd spot in the standings, a win here against the PCB Blasters will take them to the final with one more match remaining.

On the other hand, PCB Blasters have lost two matches against PCB Dynamites convincingly, and their one more match was spoiled due to rain. They are at 3rd spot in the standings with only one point to their name and win he is a must for them to stay alive in this competition. They have a very good batting line-up with the likes of Javeria Khan, Sidra Ameen, Javeria Rauf, and skipper Aliya Riaz. They all played well in the first 2 matches but remained on the losing side. It is expected to be a full match without any interruption of rain as a win is important for both sides.

It will be partly cloudy in Rawalpindi with a temperature ranging between 21 to 19 degrees Celsius and the chances of precipitation for this match is low.

It’s a usual batting-friendly surface, the bowlers need to struggle really hard to pick wickets. By looking at the recent matches batting has become a lot easier in the latter half, so whoever wins the toss should look to bowl first.

148 (Last 2 completed matches played this tournament at this venue)

Also Read- Rohit Sharma will go to Australia and his travel plans are being made: BCCI

Muneeba Ali, in the last year’s tournament, scored the most runs, she scored 292 runs in 5 matches at an average of 58.4 including one century and 3 half-centuries.

Javeria Khan, in this tournament, has scored 78 runs in 2 matches against PCB Dynamites at an average of 78.

Sidra Ameen played well for her 74 runs in 2 matches against PCB Dynamites.

Sad there is a communication gap between Virat Kohli and Rohit Sharma: Ashish Nehra 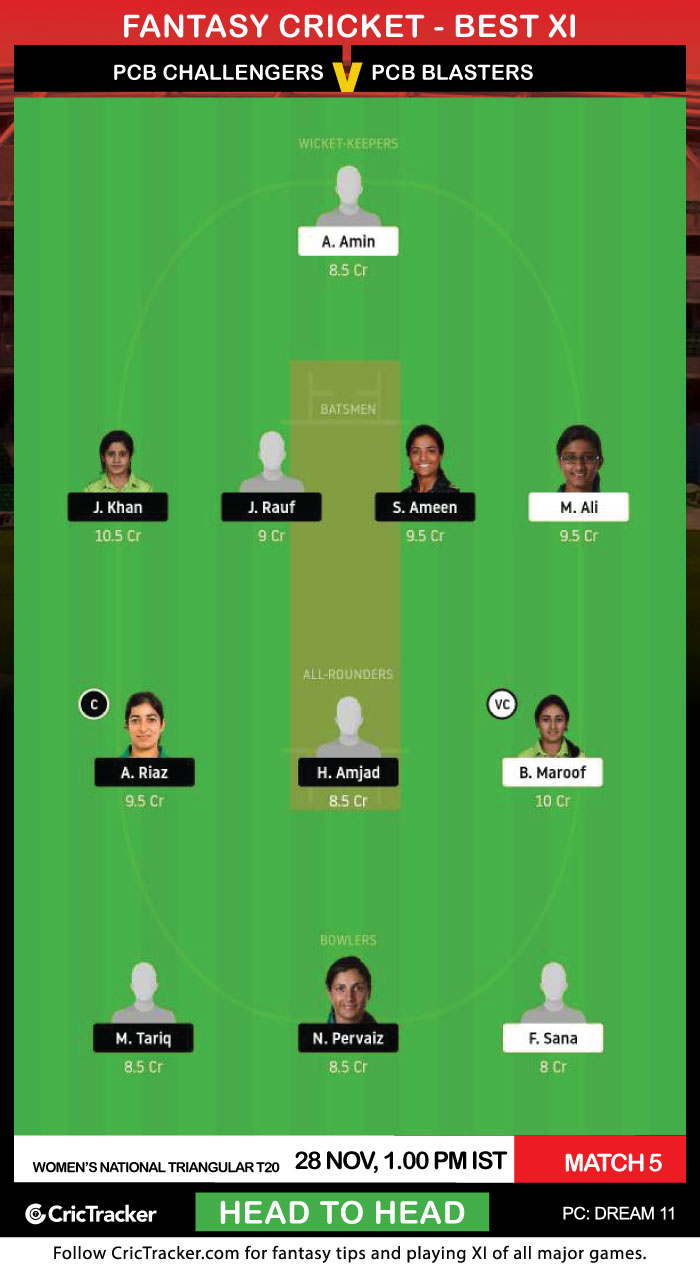 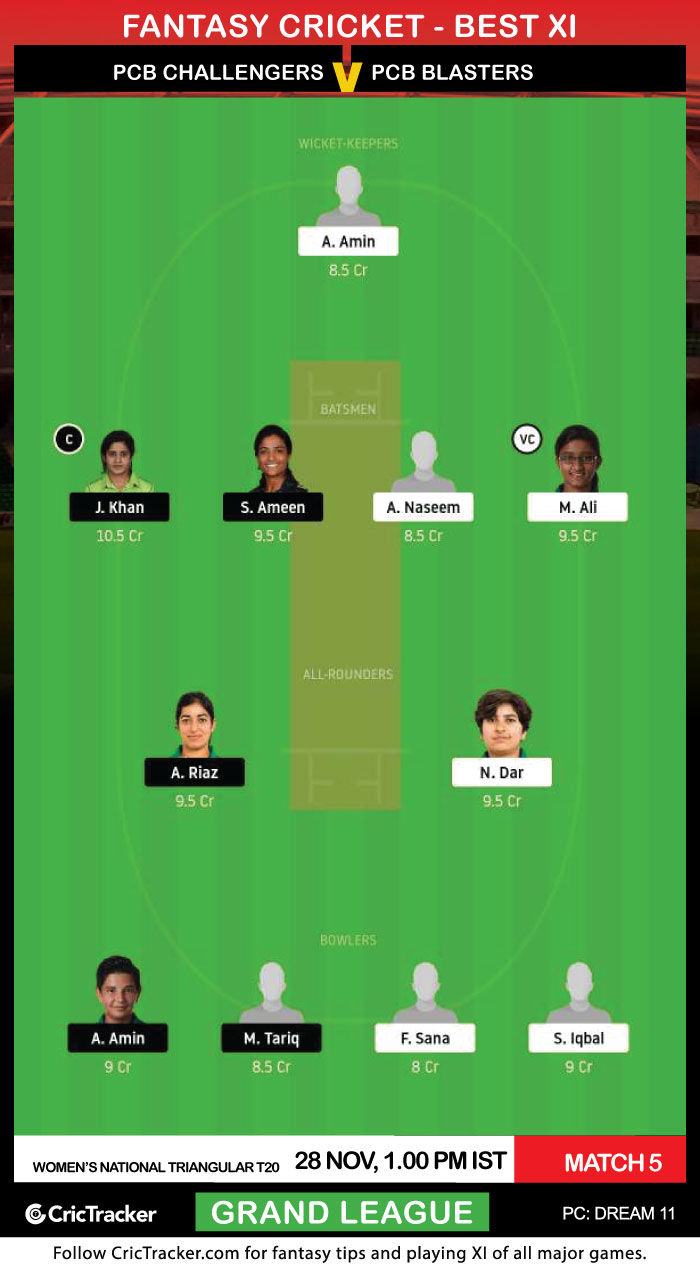 Aliya Riaz is yet to get dismissed in this tournament, while she is striking at a rate of 164.1 in 2 matches she has played. She must be included in your Dream11 fantasy team.

PCB Blasters are expected to win this match.