Both the teams are in a do or die situation. 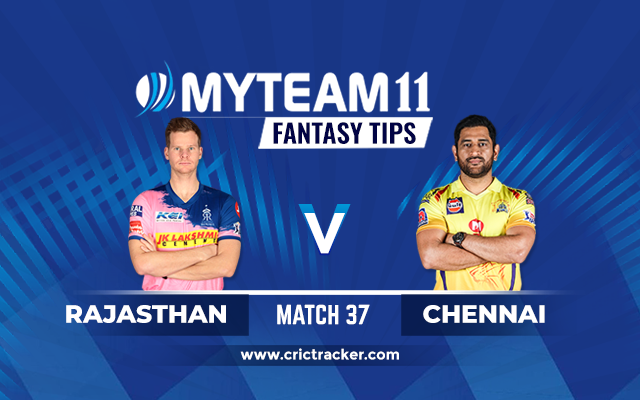 The 37th match of the Indian T20 League 2020 will be played between Chennai and Rajasthan at Sheikh Zayed Stadium in Abu Dhabi. We have got the best Chennai vs Rajasthan team prediction for today’s match.

Chennai vs Rajasthan Match 37 is scheduled to start at 07:30 PM IST (06:00 PM local time) (02:00 PM UTC). The game will be telecasted on the Star Sports Network (Available in English, Hindi, Telugu, Tamil, Kannada and Bengali). Also, live streaming will be available on Disney+ Hotstar.

What a weekend we had where both Chennai and Rajasthan were involved in two cracking matches. Unfortunately, they ended up at the receiving end of AB de Villiers and Shikhar Dhawan‘s masterclass. Chennai are up against Rajasthan in the next fixture of Indian T20 League, which will be a do or die encounter for both the sides as they need to win almost all the matches from here to qualify for the knockouts.

Chennai’s mistakes on the field were the major reason in their defeat against Delhi. However, they are looking good with the bat but would expect their bowlers to be more consistent in terms of taking wickets. On paper, they would like to continue with the same combination and register a win in Abu Dhabi.

On the other side, Rajasthan is placed second from bottom place in the points table and are coming off yet another loss in Dubai. Their mismanagement with the combination is one of the reasons they are here in this situation. Steven Smith had a good game with the bat and it must be a big relief for the team by looking at the tough route ahead of them.

Playing Robin Uthappa as an opener worked out for them but pushing Buttler down the order backfired. Their bowling has been the best thing in the last few games but they failed to stop AB masterclass. However, they look to be one of the most balanced sides on paper and could be an unstoppable team if they get their tactics right in the remainder of the season. 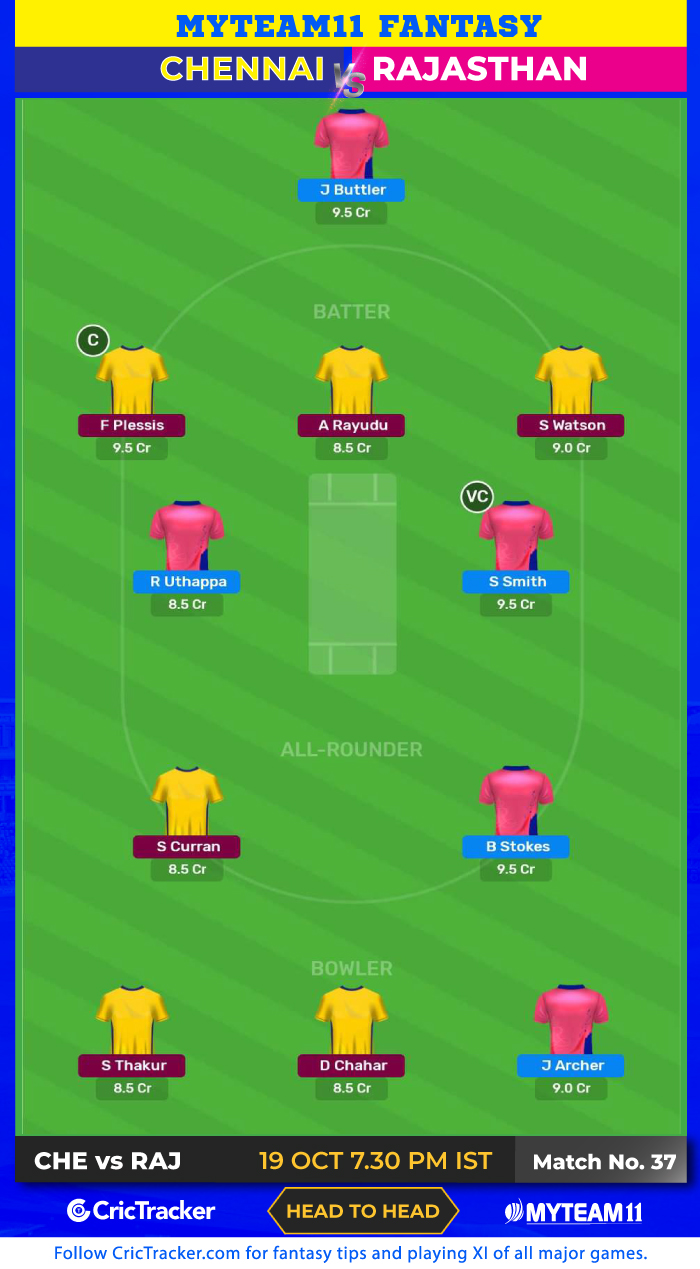 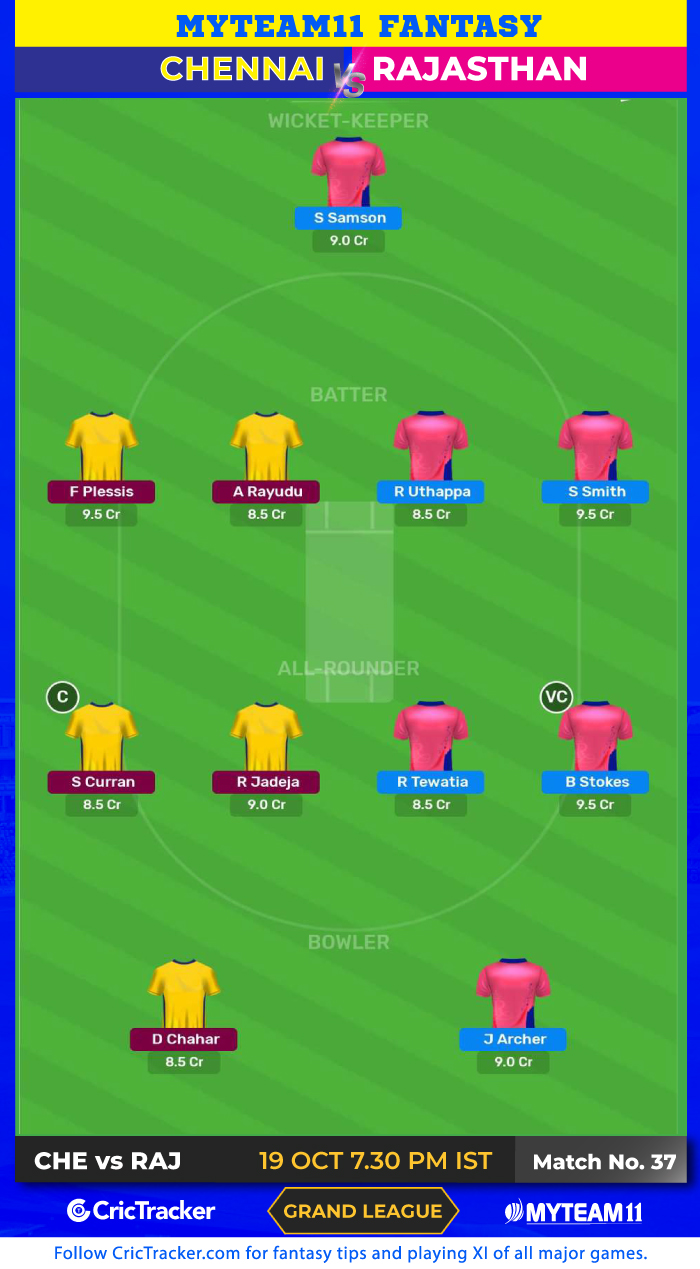 CSK Coach Stephen Fleming confirmed Dwayne Bravo might not be available for the next few matches.

The playing conditions are better in Abu Dhabi with temperature dropping down to around 31 Degree Celsius. There are no chances of rain and the dew factor is expected to come into the play in the second half of the game.

The pitch in Abu Dhabi is getting slower but is still good to bat on. From the last few matches, team batting second looks more comfortable in these conditions. We might see some low scoring games in upcoming matches in Abu Dhabi.

Faf du Plessis – Chennai  – Faf du Plessis scored a brilliant fifty in his last match against Delhi. He is currently the third highest run-scorer in the tournament with 365 runs at an average of 52.14. He scored a 37-ball 72 in his last outing against Rajasthan this season.