3 bowlers who enjoyed dream debut in Tests in 2022

These players created history with their plucky bowling displays in their respective debut Test matches.

2022 was amazing for Test cricket fans as they witnessed some fabulous action from some class Test players. Witnessing England’s bazball playing style was something new and amazing for those who enjoy the longest format of the game. On the other side, Indian cricket supporters would have disappointed as they saw how England’s newly aggressive approach in Tests destroyed India’s plans to win a Test series in England after 15 years.

Last year, some bowlers broke into Test cricket in style with their sensational performances. Making debuts for their respective teams, the youngsters grabbed the opportunity with both hands and delivered some brilliant bowling figures. With their courageous displays, these cricketers not only established their name in international cricket but also contributed a lot to keep the longest format of the game alive. Talking more about it- 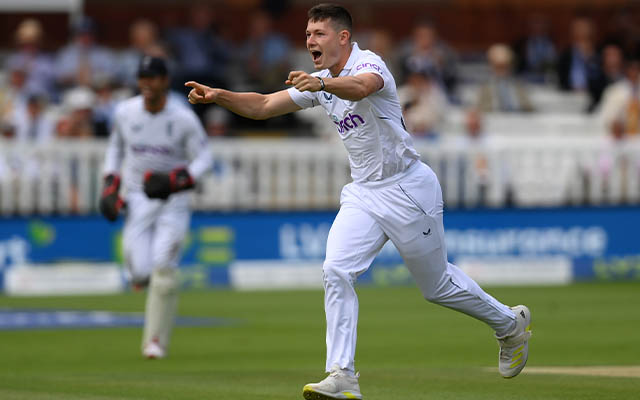 Since the start of the game, Anderson looked fierce with the ball dismissing New Zealand openers Tom Latham and Will Young early. To make the matter worse for the Kiwi team, the pacer Matthew Potts too joined Anderson and destroyed the opponents’ batting line-up with his disciplined bowling.

At the end of the first innings, the youngster along with Anderson picked up a four-wicket haul and ended the Kiwi innings on a mere 132. However, the English innings too collapsed in the first innings on 141. Coming out to bat in the second innings, Kane Williamson and his men looked solid and amassed 285 runs to deliver a competitive target of 277. However, at the end of the game, Potts grabbed more headlines as he emerged as the best bowler of the match with his 4/13 and 3/55 bowling figures.  Riding on the 24-year-old's heroics and Joe Root’s 115 in the second innings, the hosts vanquished the visitors easily.