India and Pakistan are set to collide on October 23 in their opening match of the T20 World Cup 2022.

India locking horns with Pakistan has been one of the most-anticipated clashes in world cricket. The Asian giants are set to collide on October 23 in their opening match of the T20 World Cup 2022 at the Melbourne Cricket Ground.

India have had a wood over their arch-rivals but the trend has changed in the recent past as the Men in Green have won two of their last three games against the top-ranked T20 side. However, Rohit Sharma & Co. are still the favourites heading into the clash against Pakistan in the upcoming encounter. 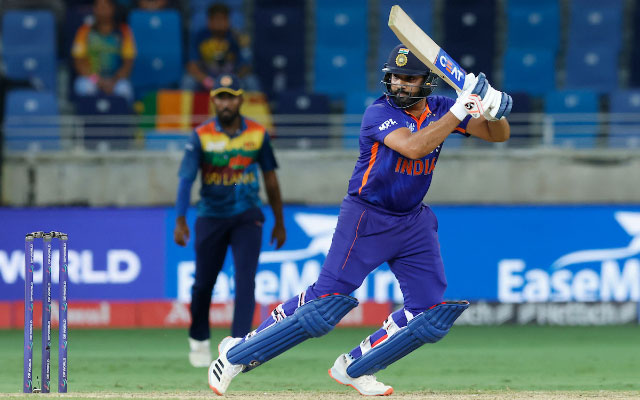 India have one of the most feared top-order in the tournament. The Men in Blue have in Rohit Sharma, KL Rahul, and Virat Kohli three genuine match-winners to start their proceedings with the bat.

The trio have have a combined experience of 301 international games in the shortest format and have played a lot of games in Australian conditions. In big tournaments like the World Cup, experience has been worth its weight in gold.

Moreover, Rohit and Kohli have been in great form in the recent past. The Indian skipper has given India brisk starts consistently whereas Kohli has been the rock at No.3 piling on runs for fun. Rahul has also shown glimpses of his vintage self of late and can dismantle any bowling attack on his day.