India and Pakistan will lock horns with each other on October 23 in T20 WC 2022.

India versus Pakistan - the greatest rivalry in cricket saw some gruesome contests over the past. Both the teams have won one T20 World Cup each and will eye for their second in the 2022 T20 World Cup in Australia. The Men in Blue defeated their arch-nemesis Pakistan to win the inaugural T20 World Cup in 2007 while Pakistan conquered the world in 2009 by beating Sri Lanka on the night of the finals.

When it comes to their rivalry, Pakistan has won only once in the six times that these two sides have faced each other in T20 World Cup. Babar Azam and Mohammad Rizwan bashed the Indian bowlers in 2021 to win their first match ever match against India in any format of the World Cup. Despite India’s dominance over the years, it is never an easy job to build a combined XI of both teams. However, let's take a look at- 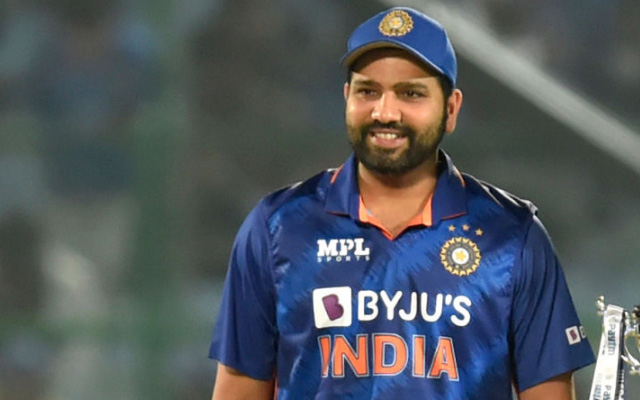 The Indian captain Rohit Sharma was part of the squad when India won the T20 World Cup in 2007. In the four matches that he got to represent in 2007, the Hitman scored 88 runs which includes a Man of the Match knock against South Africa in the group stage of the competition.

The 35-year-old is the fourth leading run-scorer in the T20 World Cup. He has scored 847 runs in the 33 matches that he played in the competition. With a strike rate of 131.52, Rohit averages 38.50 in the competition. More than his batting strength, the team and the entire nation will bank on him to help India win their first ICC trophy in almost ten years.

Rohit and company will come to the World Cup following a disastrous Asia Cup where India lost two of their three super four matches. They would hope to turn things around when India begins their campaign in the T20 World Cup on the 23rd of October at Melbourne Cricket Ground.