In the seven editions of the T20 World Cup, there have been certain performances by the Indian players which were simply exceptional and hold a special place in the heart of the fans.

The inaugural edition of the T20 World Cup took place in 2007. It has been 15 years since then and there have been a total of seven marquee tournaments that have taken place in the shortest format of the game. India went on to the first-ever T20 World Cup and has played some superb cricket in other editions as well.

The global tournament has seen many players rising to the occasion and putting a match-winning performances for the Men in Blue. However, certain acts were simply exceptional and hold a special place in the heart of the fans. 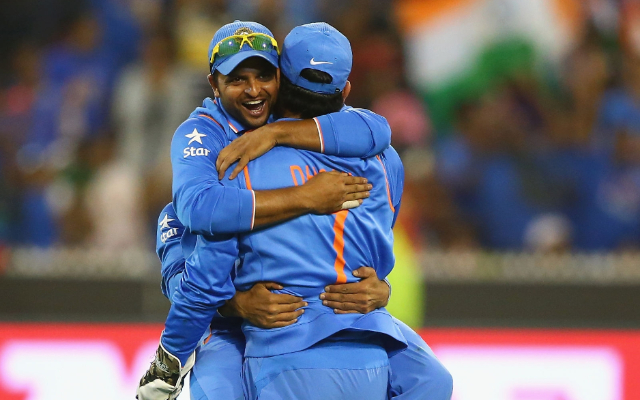 India were battling it out with South Africa in a group-stage game at the T20 World Cup 2010. After putting being put to bat, Men in Blue lost Murli Vijay in the first over and his opening partner Dinesh Karthik in the sixth over. MS Dhoni & Co. were just 32 at the stroke of the second wicket and needed a partnership to be in the game.

But what followed was something remarkable as Suresh Raina put up a show with the bat and registered a phenomenal century against a potent Proteas bowling attack. The southpaw smashed 101 runs off just 60 deliveries consisting of nine fours and five sixes.

With the majestic century, the southpaw became the first Indian player to score a century at the T20 World Cup and is still the only Indian to achieve the feat. The Men in Blue rode on his century and reached an above-par total of 186. The Proteas were not able to chase the steep target and MS Dhoni & Co. won the game by 14 runs.