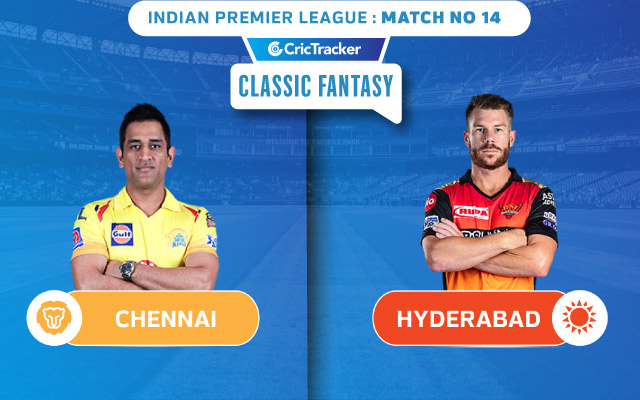 A battle for bottom of the table will be seen in the 2020 Indian Premier League (IPL) as No.7 ranked Sunrisers Hyderabad will take on bottom-placed Chennai Super Kings on Friday. The two teams have got huge loopholes in their respectively playing squads. SRH’s middle-order is quite unpredictable while the Super Kings lack depth in both batting and bowling.

Schedule logistics around CSK vs SRH

RCB, RR, KKR and DC will be part of the Saturday’s doubleheader and hence, it will be useful to save at least 4-5 players from those four teams. Unless one doesn’t have many players from CSK and SRH teams, picking more than two for Matchday 14 doesn’t make sense.

David Warner will obviously be the most important player in the fantasy team for Friday’s match considering his great record against the Super Kings. The bowling attack of CSK isn’t a threatening one and hence, he can be made captain for the Matchday 14.

Which CSK batters are to be picked?

Ambati Rayudu and Shane Watson have got great records in the IPL against Sunrisers. Rayudu is a safe option considering how he performed against Mumbai Indians while Watson’s success depends on his survival of the powerplay.

BPL 2022: Andre Fletcher taken to hospital after being hit on neck while batting

Safe team for CSK vs SRH

David Warner is picked as captain while Shane Watson made vice-captain due to their batting record against the bowling attacks they will be facing on Friday. Jonny Bairstow and Sam Curran are alternative options who can be picked for matchday 14. 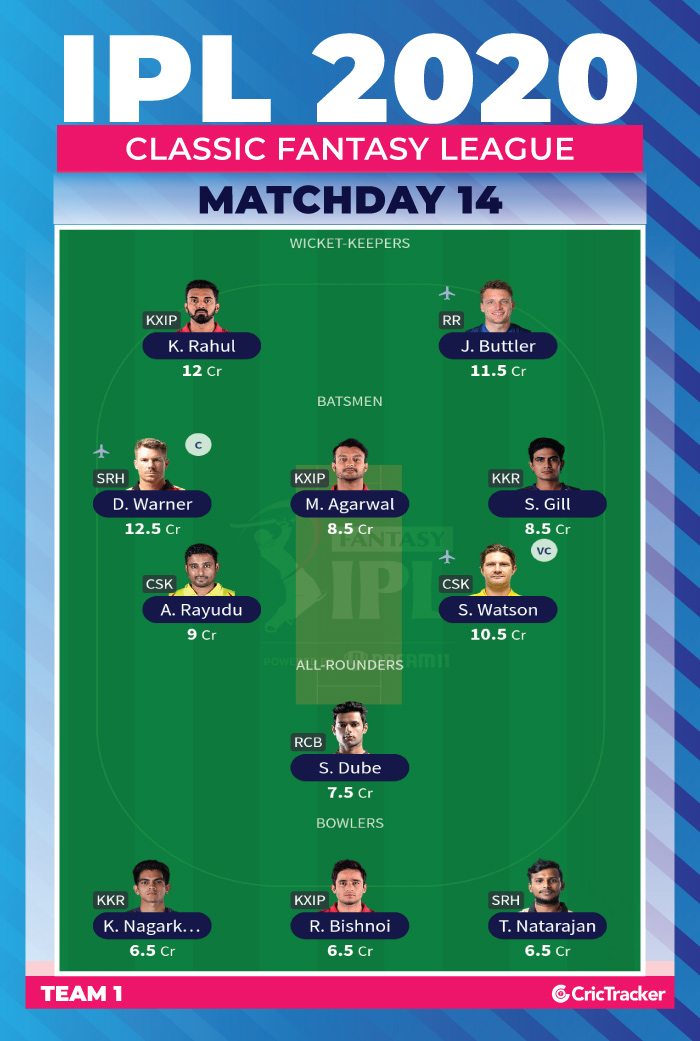 With a doubleheader on Saturday, for the risky team, we have decided not to make big changes and save transfers for the weekend. Hence, we have roped in only Sam Curran from the previous matchday for this match. 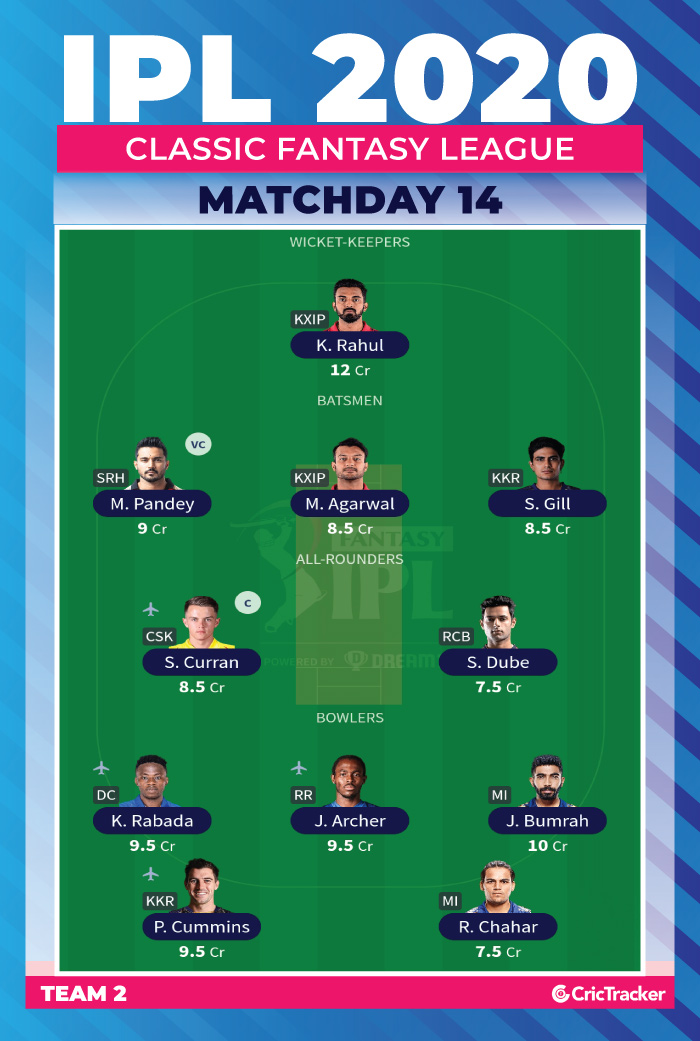