Mumbai is expected to win this match. 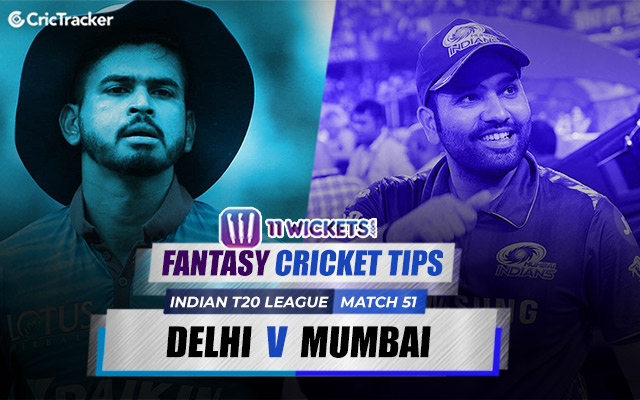 The 51st match of the Indian T20 League 2020 will be played between Delhi and Mumbai at the Dubai International Stadium.

This game is scheduled to start at 03:30 PM IST (02:00 PM Local Time) (10:00 AM GMT). The game will be telecasted on the Star Sports Network (Available in English, Hindi, Telugu, Tamil, Kannada, and Bengali). Also, live streaming will be available on Disney+ Hotstar.

After starting off their tournament on a really solid note, Delhi have found themselves in a fair bit of trouble in this season of the Indian T20 League. Mumbai, on the other hand, have had their share of ups and downs, but have maintained stability throughout their campaign. Having lost their captain Rohit Sharma to an injury, other players have stepped up for the team getting them through various phases of the tournament.

Delhi have played in 12 matches so far managing to win 7 matches and are placed at the third position in the points table. Placed at the top of the table is Mumbai, the team that has won 8 out of their quota of 12 matches. So, it would be an interesting game of cricket as two somewhat equally potent teams will be pitted against each other.

The weather in Dubai on Saturday will be great for a cricket match, as the skies are expected to be clear and the chances of rainfall are nil. The temperature is expected to be around the 30 degree Celsius mark.

After being used for so long, the pitch at the Dubai International Stadium has become considerably slower. The ground that was fit for batting first, and then defending the total later, is now a surface where batting second is a viable choice.

There is no update on Rohit Sharma’s availability yet.

Ishan Kishan (8.5 credits) – Ishan Kishan has been in good touch with the bat, having scored 323 runs in the 9 innings that he has batted in season.

Krunal Pandya (8.5 credits) – Krunal Pandya has taken 5 wickets and has scored a handful of runs too, becoming a valuable all-round asset for his team.

Axar Patel (8.5 credits) – Axar Patel has found himself occasionally among runs and has also taken 8 wickets in the 11 matches that he has played in. 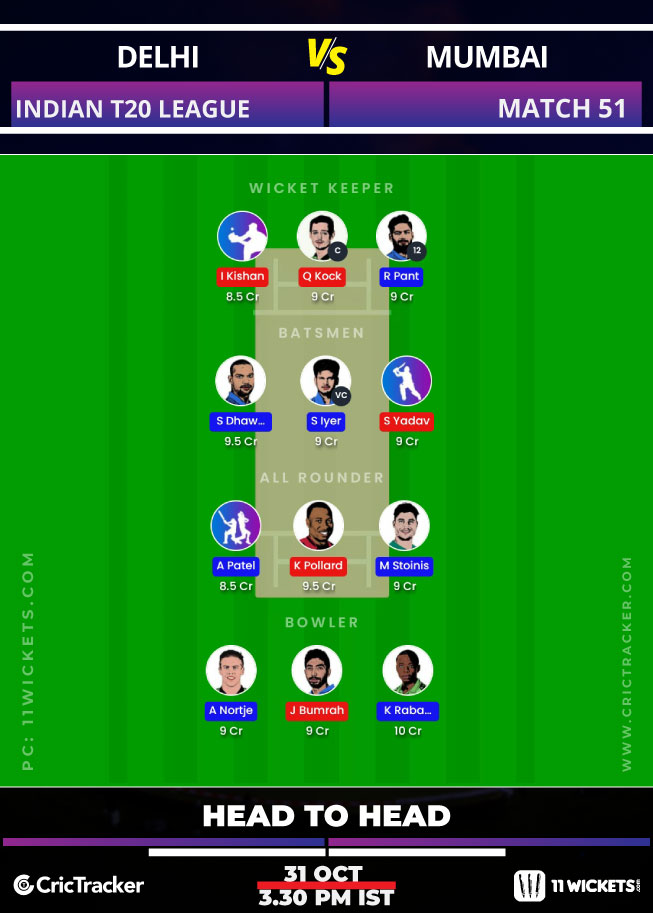 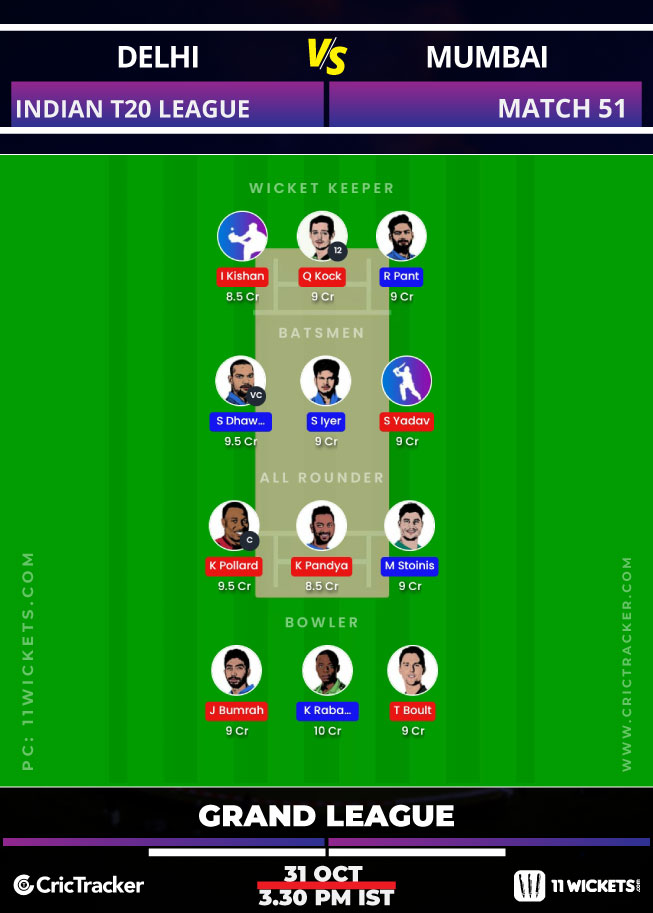 The all-rounders of both the teams playing in this match have been doing well in this tournament and have the potential to give you great returns for the investment you make on them. So, you can include as many as three all-rounders in your team, with the third player being either Axar Patel or Krunal Pandya.

Mumbai is expected to win this match.