The team that wins this match will have a really good chance to top the table.

Two new skippers from Tamil Nadu will face each other at the Eden Gardens today with the hope to keep their respective winning momentum going. Even though both Dinesh Karthik and Ravichandran Ashwin made some bizarre decisions initially, their leadership skills started to show as the tournament has progressed.

Kolkata Knight Riders stand tall at the top of the table with 6 points and an impressive NRR. Kings XI Punjab have done well to make sure that they bounced back from the loss against Royal Challengers Bangalore to keep themselves in the hunt for the playoffs spot comfortably.

Both sides boast of explosive openers, but the difference is that the openers for KXIP have been far more consistent as understood by the fact that they have been the best batting team during the powerplay with both KL Rahul and Chris Gayle in rich form. KKR, on the other hand, have Chris Lynn and Sunil Narine both of who have been topsy-turvy. However, the two teams have found their winning combination and are unlikely to tinker with their playing XI.

We have a few expectations from tomorrow’s match, do you too?

Sunil Narine to bounce back

He had an off day against Rajasthan Royals where he conceded 48 runs without a single wicket, however, expect him to bounce back at his home ground against Kings XI Punjab. Interestingly, Narine seems to have a liking towards this opposition. He has bagged 24 wickets in just 13 matches against the side and averages 13.83 with the ball.

It will also be interesting to see whether Narine opens the batting against KXIP. KKR seems to have devised a strategy to send Narine at 3 when they face a strong bowling attack such as SRH. While Punjab’s pace attack may not be as threatening, their spin contingent with Aswin and Mujeeb Ur Rehman could mean trouble for both Lynn and Narine. 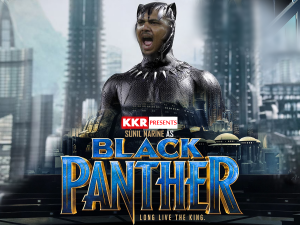 In a team where Rahul, Gayle and Mujeeb have been grabbing headlines, some or the other player is bound to go unnoticed. His innings for KXIP so far read 50, 29, 29, 31. He may not have been the major contributor in the victories the side has got so far but he has been a silent contributor.

In a case Gayle and Rahul fail, which feels instinctive at the moment, Mayank Agarwal and Karun Nair will come to their team’s rescue. Since most of KXIP’s batsmen have made sure that their rich form translates, Nair too will add to it. Expect him to play a fine hand against KKR.