Before the real action starts, let’s take a sneak peek at what we’re expecting from this high-octane encounter while we wait for the reality to unfold.

The previous clash in the Indian Premier League (IPL) between the Rajasthan Royals (RR) and the Kings XI Punjab (KXIP) on Sunday saw the latter emerge victorious at the Holkar Stadium, Indore. As the action shifts to Jaipur on Tuesday, what will the outcome be? Will it be a recurrence of RR’s meek surrender in front of KL Rahul’s bat or will KXIP be left flabbergasted at something unique their opponent would pull out of their sleeves?

By now, the top three slots for the playoffs have been almost sealed by the Sunrisers Hyderabad (SRH), the Chennai Super Kings (CSK) and the KXIP. The competition for that lone fourth spot is growing more intense by the day as almost all of the remaining four teams are at the same juncture when it comes to points and matches remaining.

Before the real action starts, let’s take a sneak peek at what we’re expecting from this high-octane encounter while we wait for the reality to unfold.

Manoj Tiwary to be promoted up the order

KXIP have played exceptionally well in this season, particularly due to their strong batting line-up comprising the likes of Chris Gayle and KL Rahul. While Rahul has been in sensational form, the middle-order for the KXIP still looks a little wobbly. Punjab will look to keep the momentum going and win the remaining matches to lay claim on the top two positions of the points table.

In Sunday’s match, the ploy to promote Axar Patel up the order to induce some pinch-hitting didn’t go in KXIP’s favour. Had it not been for Rahul, the team might just have fallen short of the finish line. As a result, we might see Manoj Tiwary being promoted up the order to bat at the number 4 or 5 position. Apart from the sensational tag-team catch that he took the last day with Mayank Agarwal, Tiwary has been an impressive batsman in the domestic circle as well as in the IPL with 1649 runs in 95 IPL games. 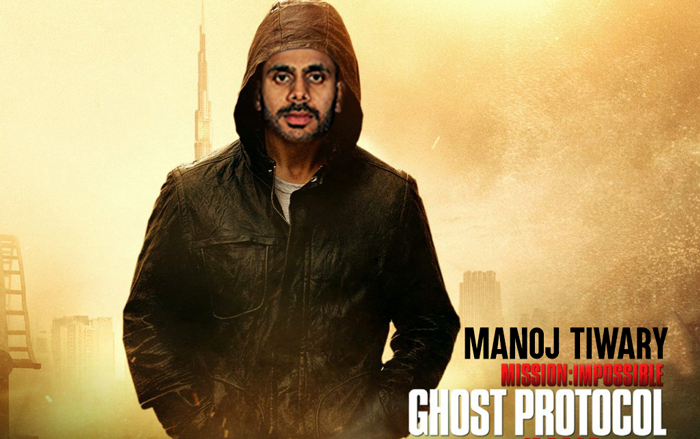 Krishnappa Gowtham to be brought into use more

Although the RR bowling line-up failed to devise any solution to the power-hitting from KL Rahul, Krishnappa Gowtham was impressive in his spell and was rewarded with Axar Patel’s wicket. However, he wasn’t trusted to bowl the full quota of his four overs. In the three overs that he bowled, Gowtham maintained a decent economy of 6.00 and also scalped a wicket.

In order to prevent a repetition of Sunday’s mistakes, RR will be likely to bring Gowtham into the attack fully and exploit his bowling skills to the fullest. For Rajasthan, every game hereon will be crucial if they’re to have any chance of making it to the playoffs of IPL 2018. The Ajinkya Rahane-led side is currently at the bottom of the points table with 6 points out of 9 games to their name.

Here’s the reality right after the match..

Jos Buttler‘s season has turned brilliant since he has started opening the innings for the Royals. Even today, he played risk-free shots and mainly down the ground scoring seven fours and a solitary six in the powerplay itself. he grafted his innings cleverly on a slow pitch and went on to smash 82 runs off just 58 balls. Though the other batsmen struggled, his knock made sure that the hosts posted an above-par total on the board as 158 proved enough in the end.

Krishnappa Gowtham loves to take on the challenges and he opened the bowling with the new ball. The first over went only for 4 runs which put the pressure on the batsmen. Chris Gayle was dismissed cleverly by him off the wide delivery and also scalped the wicket of R Ashwin in the same over. KXIP never recovered from those blows even as KL Rahul fought alone until the end. His innings was sublime as ever and kept on fighting for his team. But he got no support from the other end and remained unbeaten on 95 off 70 balls.